I had the most wonderful day out on Saturday, GP_Princess Jen and I went on a run to Traverse City a nice big town about 35 mins away from us, got up there to do some shopping for some plant supplies we needed, pots, orchid mix, tiny rocks and other things, just a fun day out the 2 of us gals..

We ended up at Lowes and she got a couple of CPs that were desperately crying out for loving care :-( while i was looking for some pots she wanderd over outside in the garden section and was looking at some plants when she called me over to show me what she had found and sure enough it was a rack with reduced cacti WOOT!!

Sad part was they DESPERATELY needed a new home and tender care. We had a really bad cold snap for about week and half and temps up here got down right freeeeeezing, nothing these cacti should have been exposed to which they were, then to boot half the potting mix was not even in around the cacti and also they needed to be waterd, but the kicker part was they had glued flowers on them..

Jen was like OH MOM POOR BABIES!! were taking them home.. The poor succulents were not looking very well and there was a few dead cacti amungst them. So we grabed what looked the nicest and came across a really nice succulent that needed cleaning and repotting to, had some broken off leafs laying in the pot and i knew we could pot them up after they had dried/scared over. We got the cactuses for a meer $2.00 and there was one that when we got up to the cashier we placed with the rest on the counter and she knocked it off the counter!!

Jen and I both fliped out and Jen rushed to scoop it up and we both checked it for damaged spines and or roots since it fell completely out its pot, it looked ok even after hitting the floor as hard as it did, the cashier was like OH I GOT POKED, we were like OH TISK TISK to bad you just killed our cactus!!!

There doing much better now cleaned the STINKIN GLUED flowers off it, was a real pain to do without harming the delicate spines or skin, cleaned and trimed the succulent up and am gona plant the leafs that fell off, its a beautiful succulent.. I will be repotting the cactuses tomarrow now that they have de-stressed some..

First one up looks like a wooly critter from the top has nice brown and white spines, it is some sort of a crest cacti. The pup on the end looks dried out and the main part looks like it got frozen or sun burnt as the color is not very good one it should be much greener under them spines.. 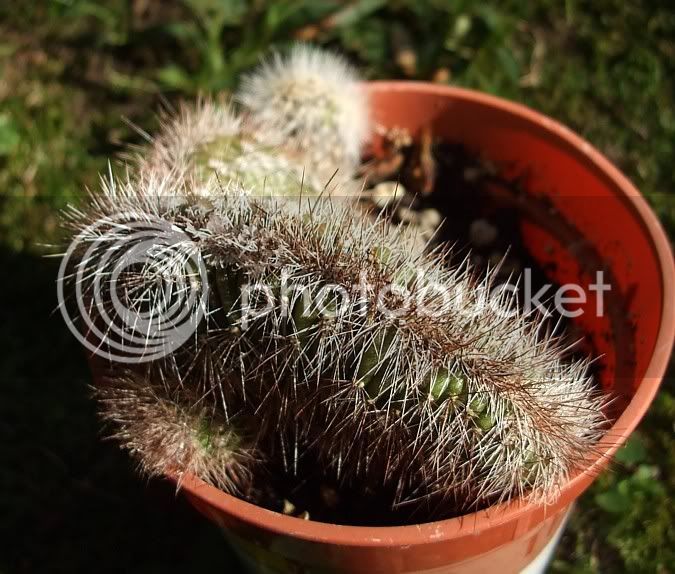 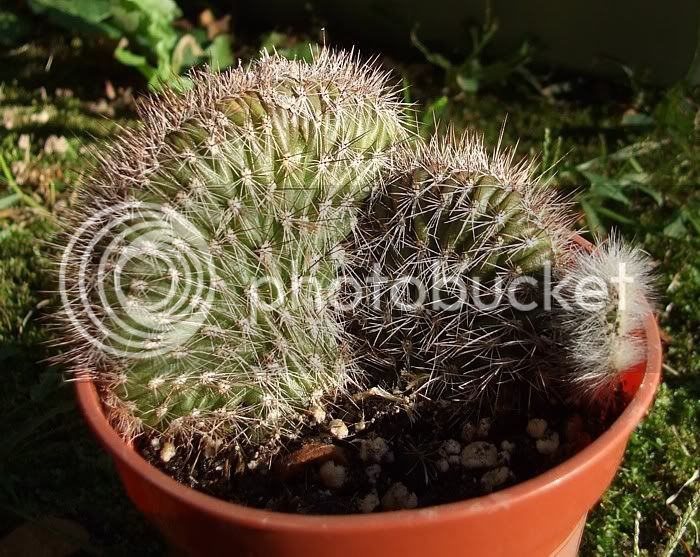 and another crest, the stinkin flowers were glues right down in the middle of the crest groove. It pulled off some of the white fuzz that grows there, it was very hard getting them crappy flowers off they used way way to much glue.. 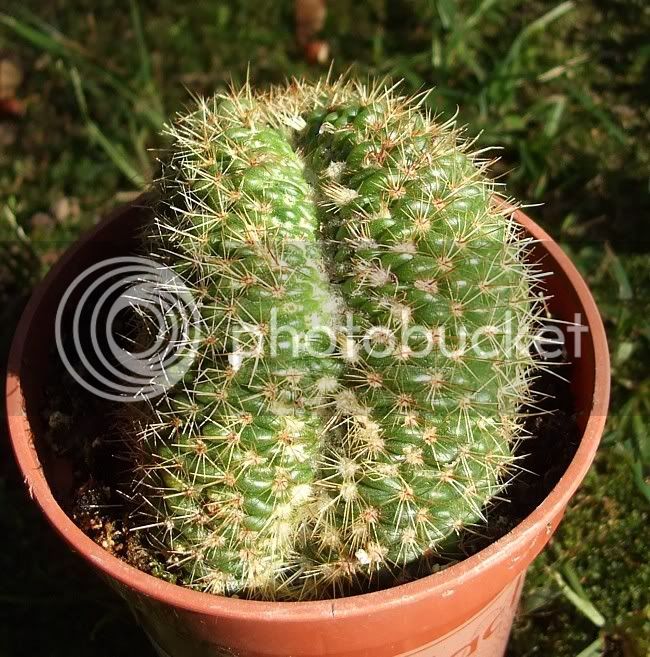 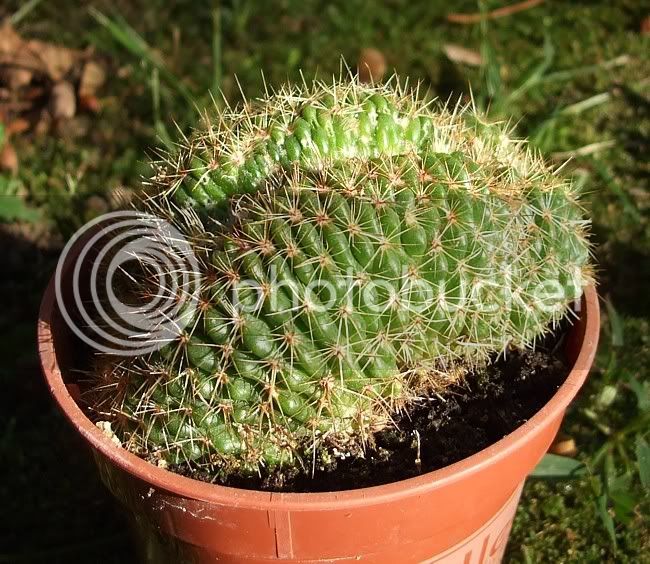 this is the one the cashier knocked off the counter..

as you can see these cacti are not tiny.. 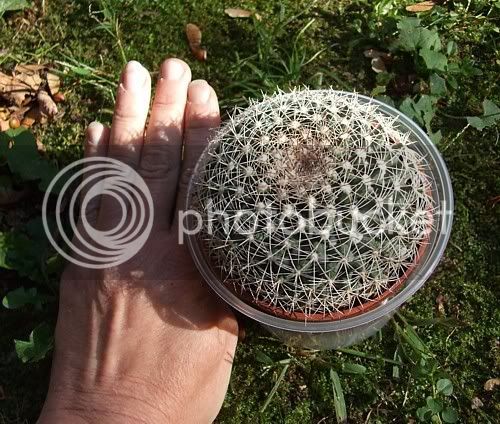 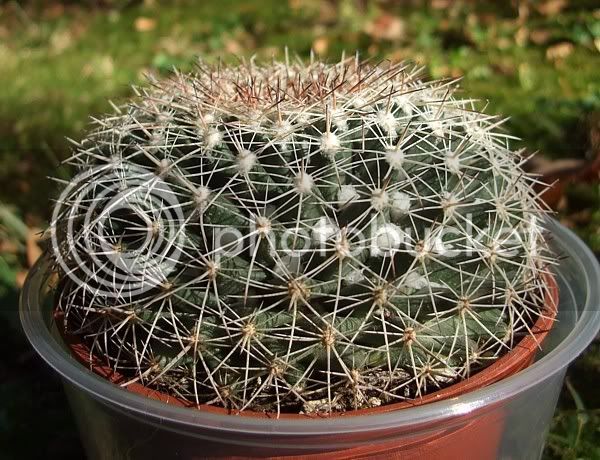 and this is my awsome Doris Taylor succulent, nice pink tips on the leafs and SUPPER fuzzy.

Some of the bottom older leafs got burnt or frozen but none the less its a nice BIG plant.. 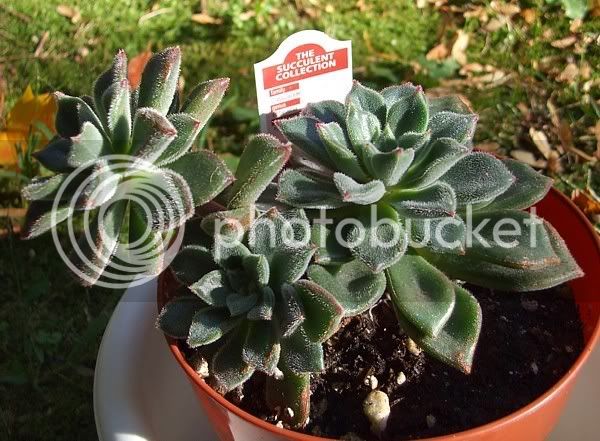 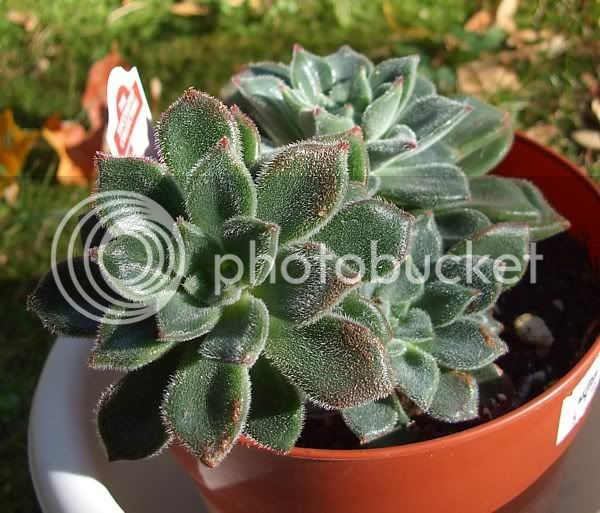 I just loooooooooove the fuzzy succulents...

All in all it was a super fun and beautiful day out, Jen and i love doing mini road trips to the stores..

Thanks Jen for helping the poor Cacti & Succulents get a better home..
I cant wait to see my 5 new arrivals that are comming in tomarrow i bought last week.. WOOT!!!!!!

Cacti mini town is for ever growing...

Location
Slowly drifting out to sea...

You should be the president of the Abused Cacti Association! Ok, I don't think that exists, but it should! Those darn Lowes/Walmart/Home Depot people don't know how to care for ANYTHING! I love your new babies!

Wow I feel sorry for those cactus being left out in the cold glad ya rescued them it's sad the company that sells the plants glues flowers on them.

>< I hate the fact that they do that. How would it feel if someone glued a gigantic thing on your head? >_>

when it comes to carring for plants.

Theres still a tiny amount of glue on the brownish crest and i had to cut some of its spines just to get most the glue off as i couldnt peel it without harming the cactus just like the big green crest it has some tiny holes from where the spines came off while i was carefully removing the glue and flowers, its a real pain.. I supose some people buy the cactuses thinking oh looky how pretty its flowers are and then months down the road they cant figure out why the flowers look the same.

DOH! The only purpose i see for them to glue the flowers on is just that to get people to buy them up quicker. They dont care about the well being of the cactus, just to think these cactuses take alooooooooooooooooong time to get to the size they are they could be over 10 yrs old, but some growers super grow them to get them to market quicker. I dont see beauty in just cactus flowers i see beauty in cactuses in there natural state, they dont need dried glued flowers to catch my eyes..
You must log in or register to reply here.

I've got a weird one, maybe.