Oops, I added edibles this year!

Well, I told myself when I moved to SoCal that I needed to choose among Edibles, CPs, or Succulents. Well, this year I added... well, I guess I failed and have them all, oops! I just gotta grow. I've still got more seeds that I'm waiting on, not that I need more plants, but here's the ones that have sprouted..

a closeup of my little Dragonfruit sproutlets

from the left Extra Dwarf Bok Choi and Violets, Nasturtiums and Violets with some more Bok Chois, Violets and Red Dock, and Love-in-a-mist and Violets

a closeup of one of those nice little Bok Chois

and to the right of that, starting closest to the bottom the Strawberries starting with toscana, mara des bois, then white pineberry, sleep/white Sapote, and a Stapeliad of some sort

I'm not letting the pineberry fruit this year, because it's a bit on the small side.

And copious CPs, of course. N. hamata, with petiolata in the background

N. aristolochioides upper in focus in the center of the shot. In the foreground petiolata pitcher, with a 'Song of Melancholy' all the way to the right, and behind the N.aristo is a N. bongso (Malesiana) pitcher.

I guess I'll keep the N. xSplendiana x xMixta. Pitcher to leaf ratio is terrible, but it does make nice pitchers once it gets going

the pit from inside

N. inermis and not dinner… well, maybe it's providing dinner

Pings mixed pot (the ever-hated), U.nelumbifolia in that square container, N.aristo on the left with some basals going on, and in the center the N. spathulata x hamata

N. 'Song of Melancholy' (with a ventrinermis pitcher photobombing on the right there)

and inside, a pretty flower. This one's Phalaenopsis bastianii

Waiting on the N. 'nephthys'

The honeybee wasn't in the pitcher later, so I think he made it away ok. Inermis pitchers tip and spill really easily when they become full/heavy so if he did fall in, it might have spilled him back out.

thez_yo said:
the pit from inside
Click to expand...

The super simple yet always intriguing pitchers. Never get tired of these guys ...

Another gotta-love plant ... but at your place, it's one among many

Thanks for the tour of "Zuzana's Shop of Horrors . . . and Strawberries."

Should you ever go missing, we have some idea where to look . . .


BigBella said:
Thanks for the tour of "Zuzana's Shop of Horrors . . . and Strawberries."

Should you ever go missing, we have some idea where to look . . .
Click to expand...

You're welcome... will you suspect frogface?

thez_yo said:
You're welcome... will you suspect frogface?
Click to expand...

To be quite honest, Frogface always struck me as mildly psychotic; perhaps closet French -- and a chain smoker to boot . . . 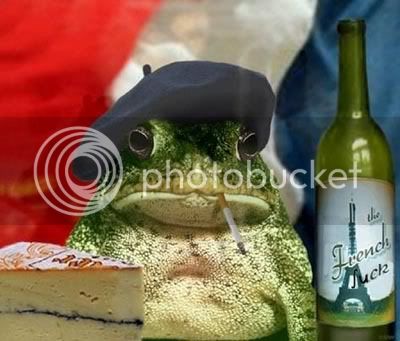 volunteers cat to taste test the next zuukies

Every collection needs at least a couple edibles. On my teensy, bitty patio I managed a bin of carrots and spuds. Gotta have my veggie noms.

BigBella said:
To be quite honest, Frogface always struck me as mildly psychotic; perhaps closet French -- and a chain smoker to boot . . .
Click to expand...

volunteers cat to taste test the next zuukies

dont let me forget and Ill send you some pawpaw tree seeds this fall for your collection
Click to expand...

OK, I totally have room

I want to have the garden in Coraline!

Lil Stinkpot said:
Every collection needs at least a couple edibles. On my teensy, bitty patio I managed a bin of carrots and spuds. Gotta have my veggie noms.

Thanks
You must log in or register to reply here.

Some pics before winter hits.

E
My own little shop of horrors