My experience and what I've learned about mealybugs (ugh!)

**I will preface this by saying I am not an expert, I have only been growing CPs for 5 years (but only really got into them in the last year) and there are many people here with vastly more experience. This is a summary of my experience and what I've learned about these horrid creatures. If you have any additional info (or corrections if I have made an error) please post up! I hope this helps others if they find themselves with the mealybug curse.**

I wouldn't wish mealybugs on my worst enemy. These little suckers (pun intended) are ridiculously persistent. I have been battling them for over 3 months now and wanted to share my experience with you guys so you know what to look for and what you're up against.

A little background first. I've had this plant for nearly 5 years now and have never had a problem with pests. Mealybugs don't just appear out of nowhere, they are introduced. I believe they hitched a ride on some garden store plants that my father bought for our vegetable garden who then jumped ship onto my S. x readii. When I first started to notice the curved pitchers I didn't think much of it. I thought it was strange, but nothing to really worry about. Oh how I was mistaken. It wasn't until things started to look quite bad that I really began poking around the rhizome to see if I could find anything abnormal. Sure enough I found the rhizome infested with mealybugs.

When I realized that I couldn't wait until dormancy to deal with them I started the battle with the least intrusive method, picking them off by hand. If I saw them crawling around I would exterminate them. This was naively optimistic. As I did more research I stepped up my method of attack to include using rubbing alcohol dipped Q-tips to dab at them and clean the rhizome where I could see them. I must say, it is quite satisfying seeing them shrivel up and turn orange as the alcohol dissolves them.

Oh but these are creative and sneaky little ********. In the 4 years I've owned the plant I had never removed the old brown leaf stems from the previous years pitchers where they attach to the rhizome, these spots are the perfect hiding place for the mealybug population to really take off, and with a plant as vigorous as this one, there were plenty of them. I pulled the plant aside and spent at least 4 hours picking off each and every dead leaf stem and killing every bug I found. I was shocked at the number of them. Nearly every single growth point was infested with adults laying hundreds of orange egg sacks. I dabbed and I swabbed, I pulled back each pitcher and killed everything I could see and felt confidant that I had eradicated them.

The soil level had sunk quite a bit over the last year and a half and there were sections of the rhizome that were nearly floating in the air, I took this opportunity to fill it in with some new peat/perlite instead of peat/sand. Using perlite was a huge mistake. It's white! The mealybugs are white! *facepalm The perlite acted as a perfect camouflage and made differentiating between perlite and mealybug very difficult.

After a couple more weeks of trying to eliminate them with rubbing alcohol I realized I would have to step it up and use a real pesticide. I don't like pesticides. I try to keep my garden as natural as possible and let nature run its course. That was no longer an option. Hours of research later and I decided to use a systemic pesticide called Orthene (acephate) which I had to order online as it is not sold locally.

I have now been spraying the plant and soaking the soil with Orthene every 10 days for nearly two months and the mealybugs still persist. Ridiculous! I have to admit though, their resistance is quite impressive. Nature (and life) has a curious way of continuing on in the face of human intervention.

So that takes me to today and another round of removing all the bugs I could find manually and then dousing it in Orthene. Enough words, time for some pictures of these devil spawns and the damage they cause.


The plant has become very dense (and will be repotted this winter) which makes hunting these guys down all the more difficult. 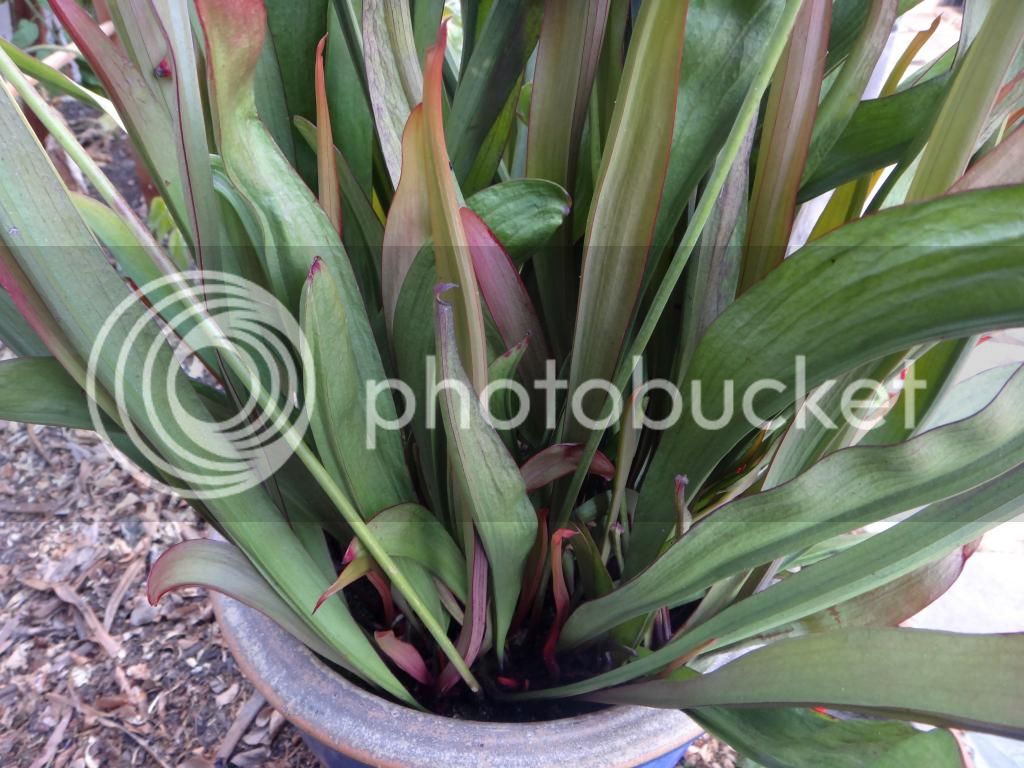 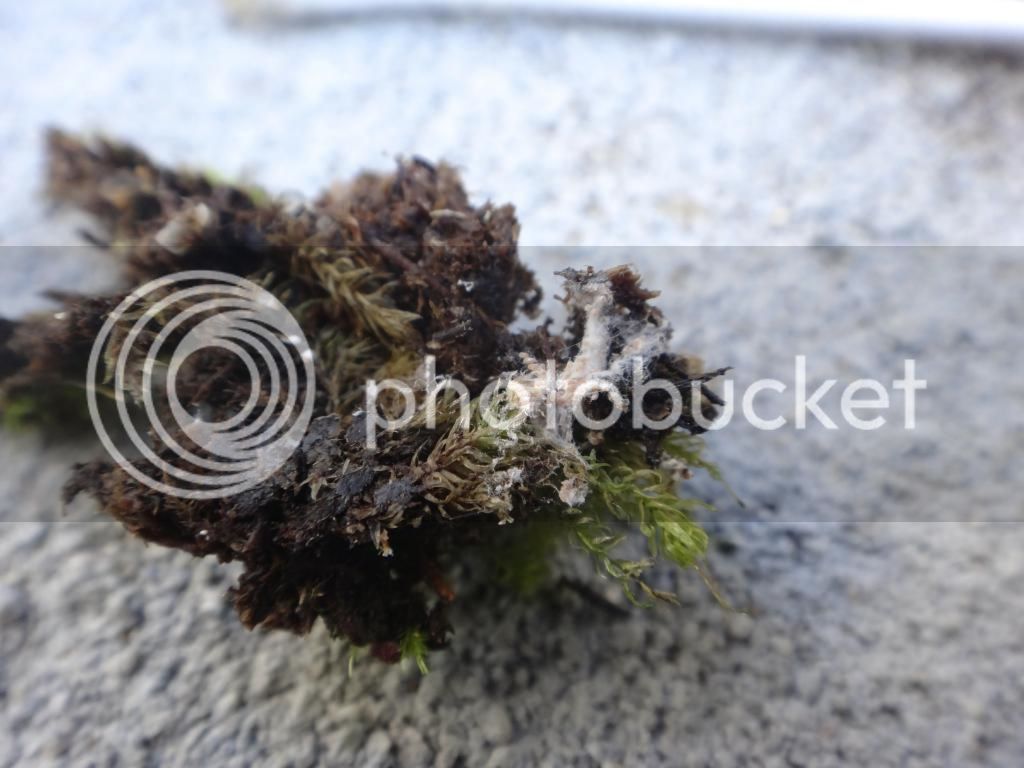 Here's what was below the moss. Ugh! 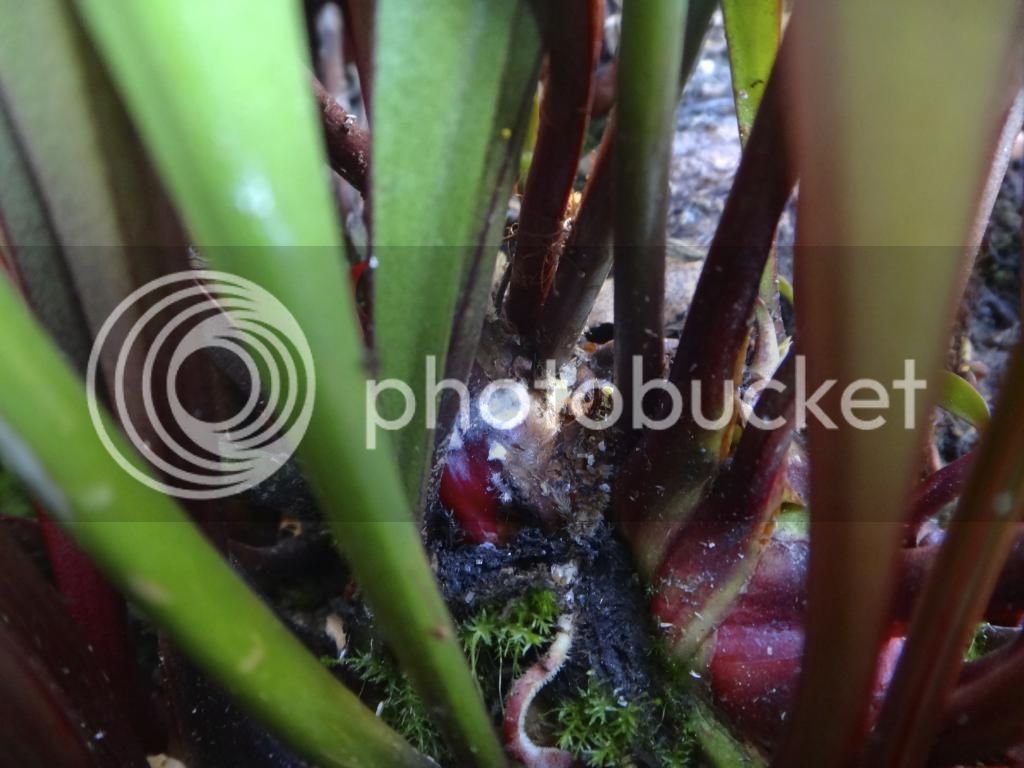 Leave one old leaf stem behind and they find their way under it. 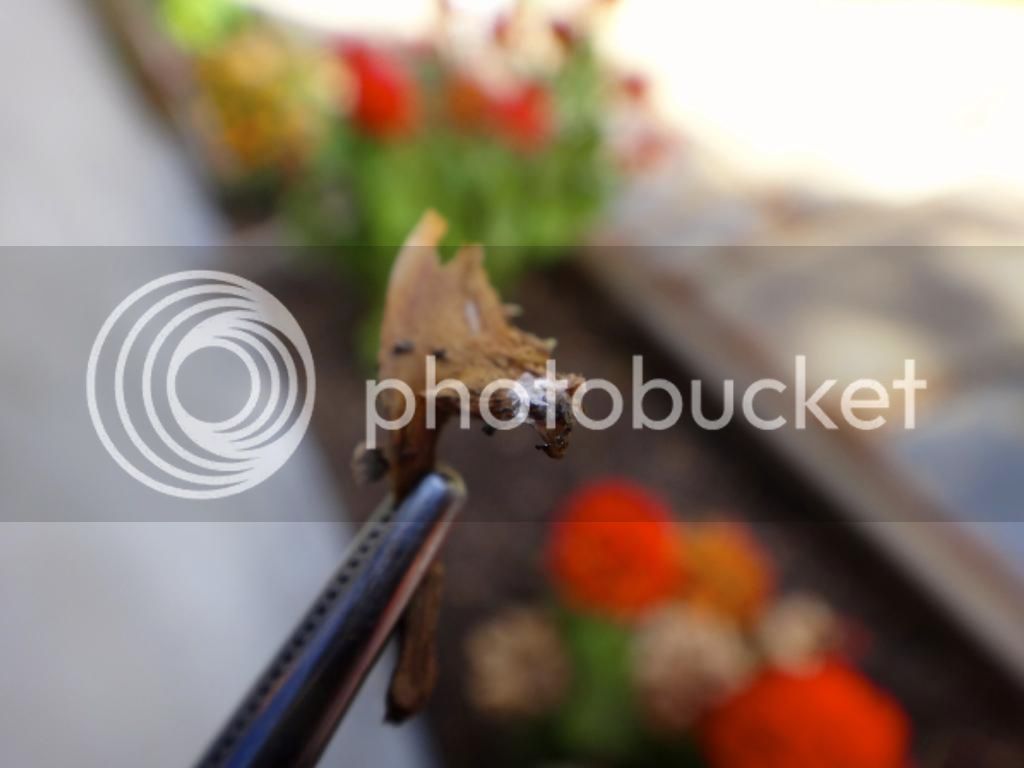 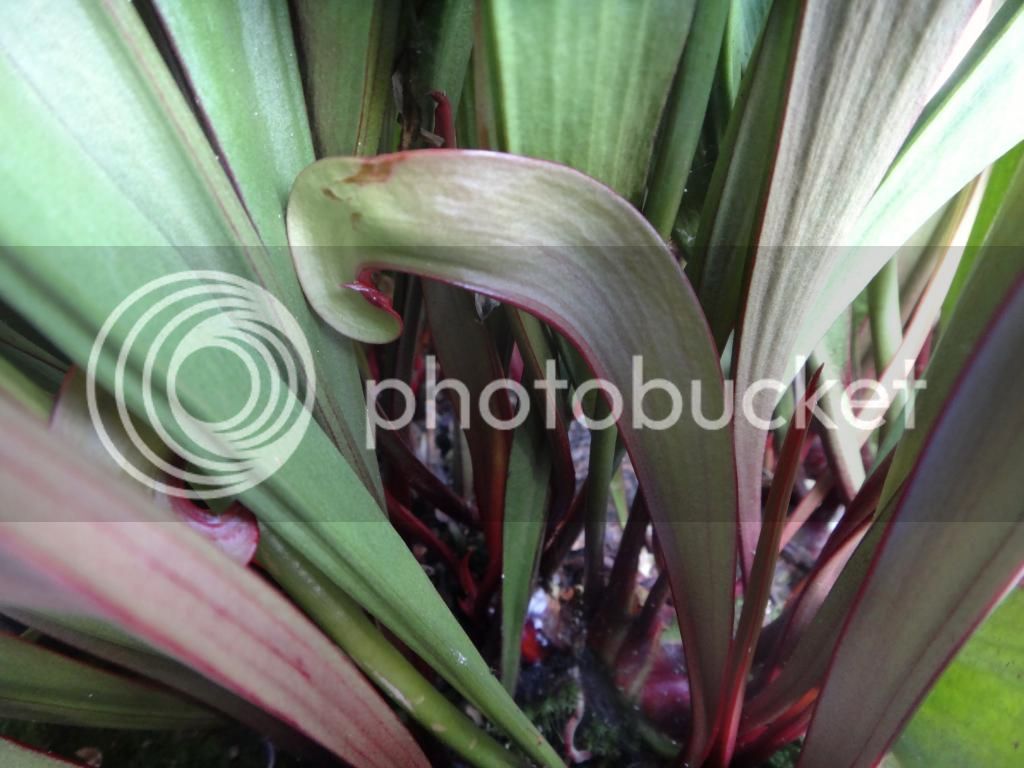 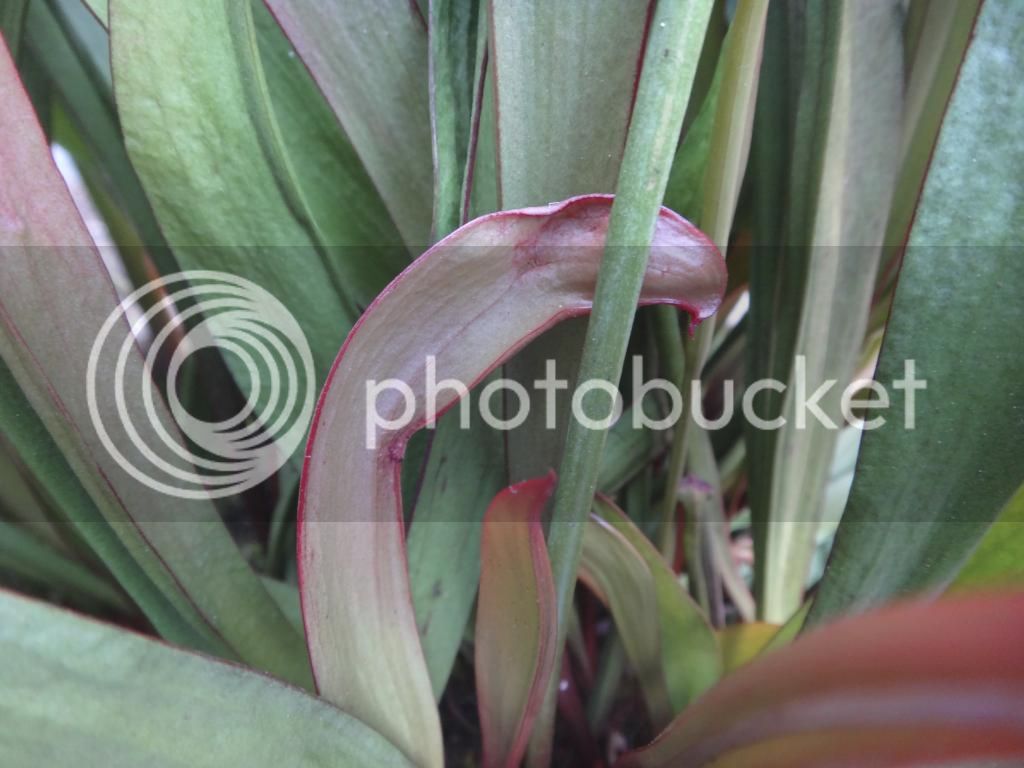 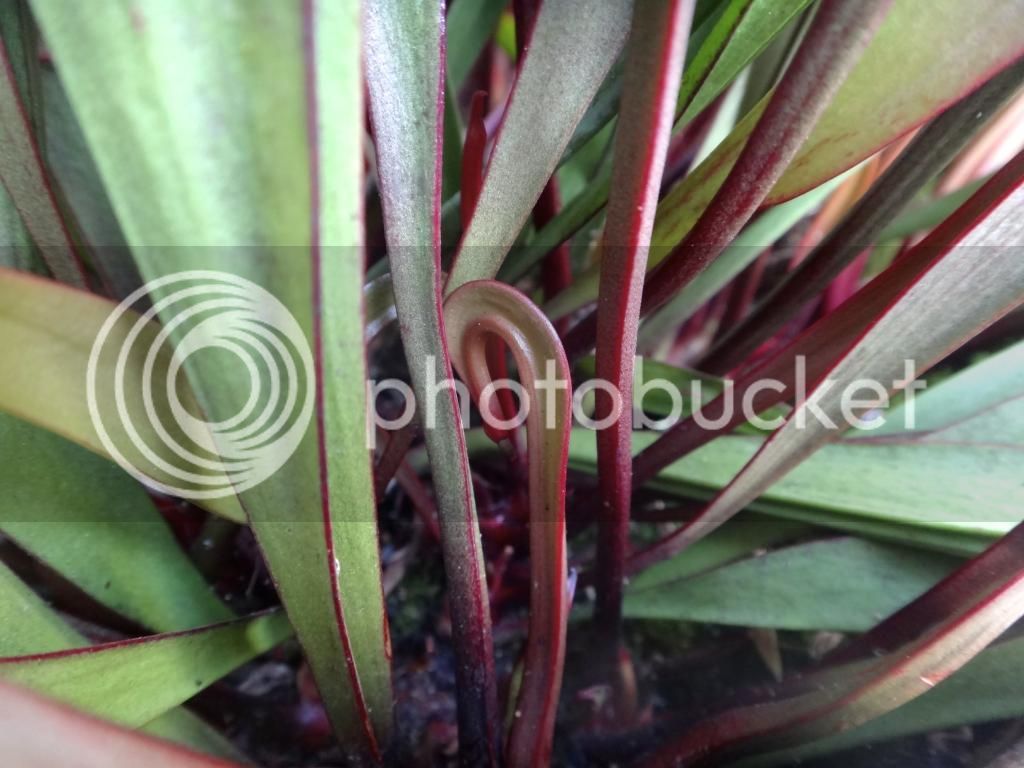 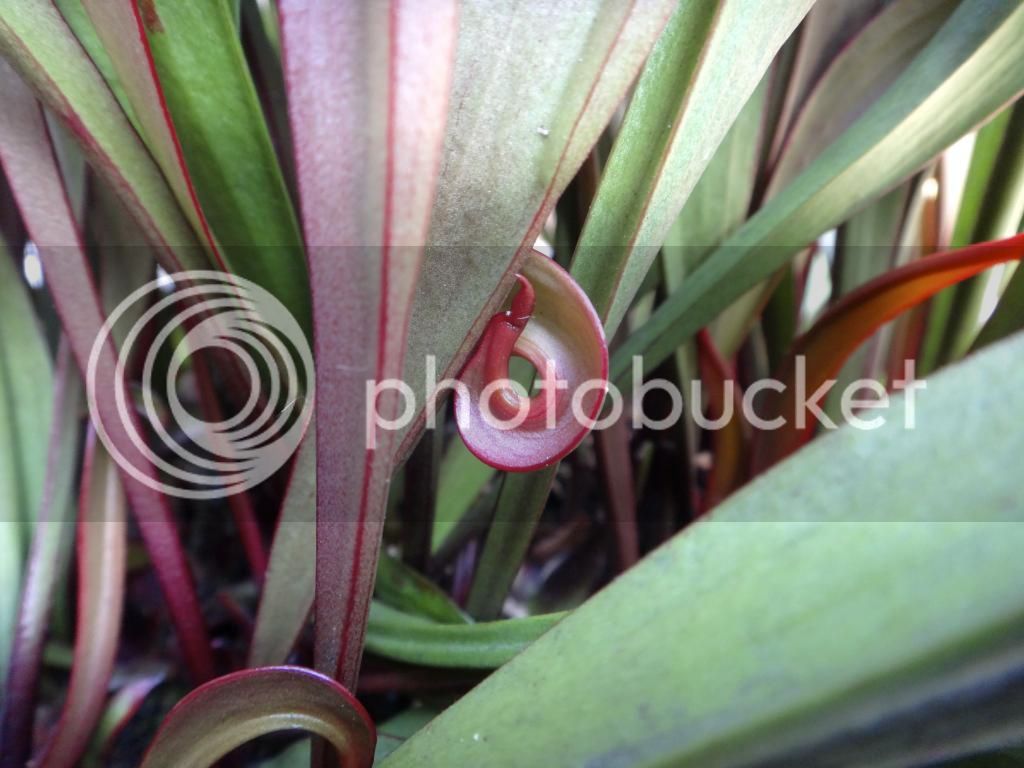 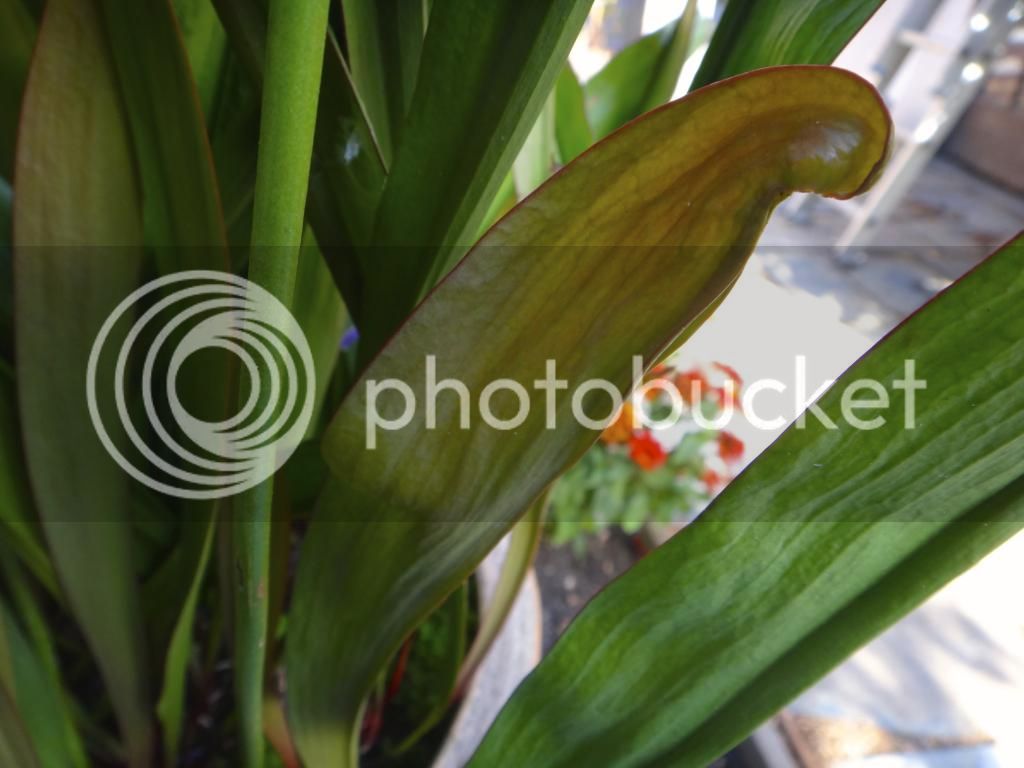 Note how wrinkled this one is. 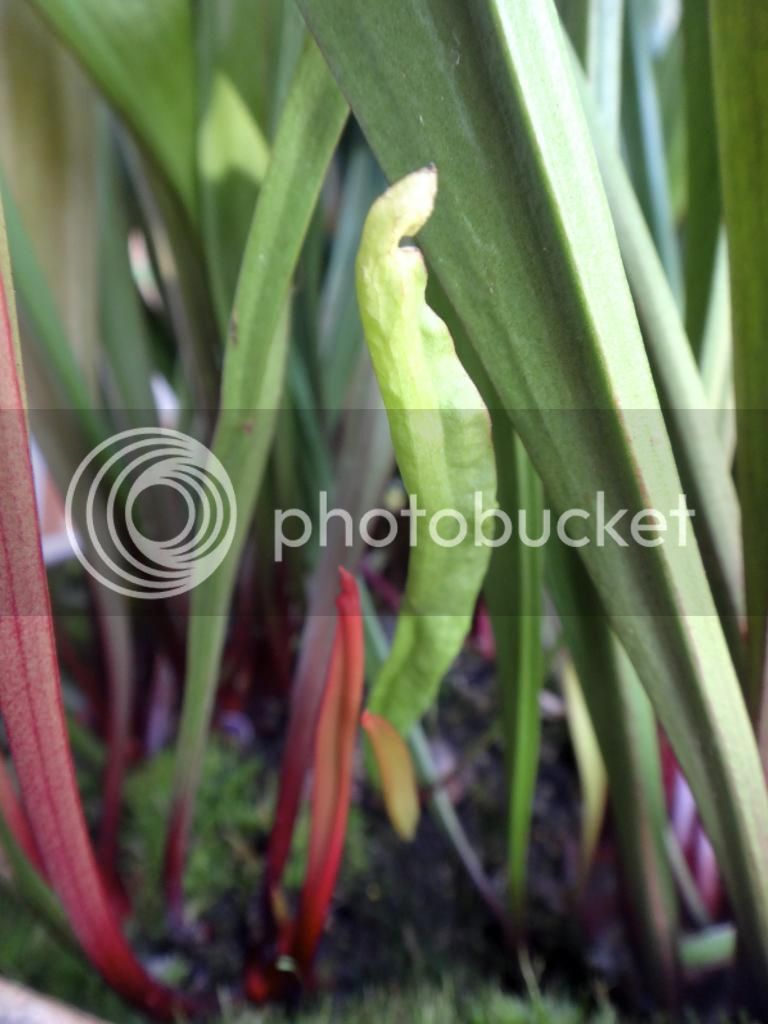 These ones never stood a chance, there was a huge colony at their base. 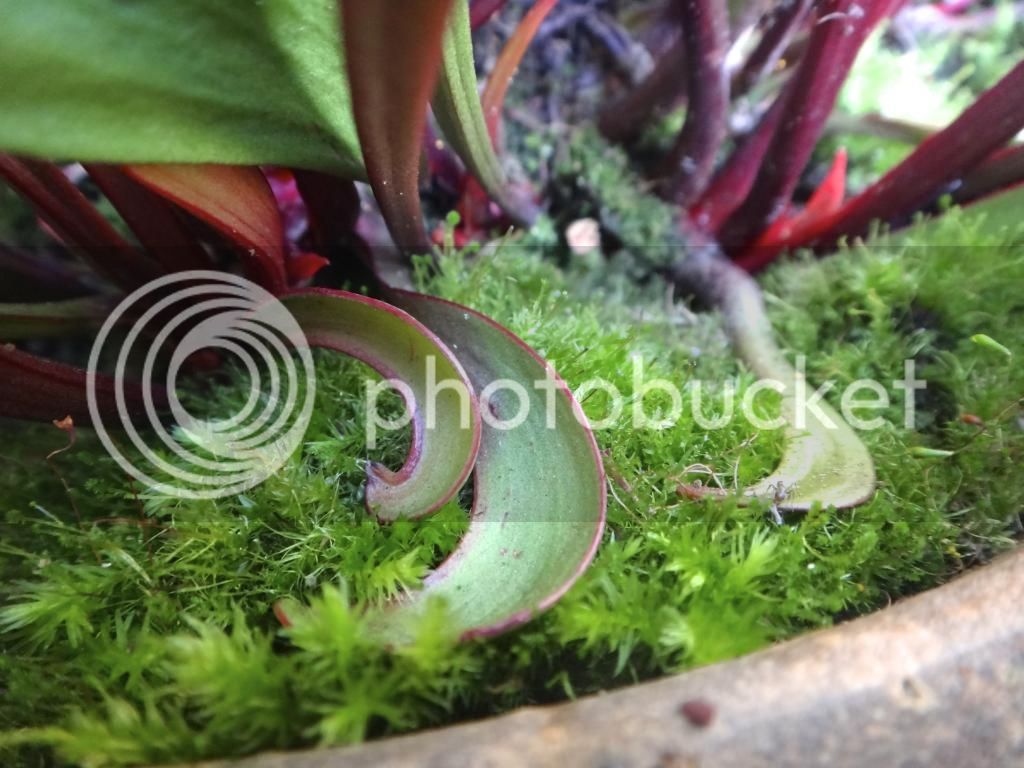 So what can you do to avoid getting mealybugs?

1. Quarantine and examine any and all plants that you introduce to your collection.

2. Do not ignore the warning signs! Bent and distorted pitchers are a clear indication that something is sucking their sweet sweet life juices. Catching them early will vastly improve your chances of defeating them.

3. Ensure that there are no crevices or hiding spots for the mealybugs to establish themselves.

4. Remove all extraneous debris from the the pot as it provides cover and protection for the bugs.

5. Do not allow ants to set up base in your pots, they will not only protect, but will actively farm the mealybugs for their delicious excretions. Thankfully Orthene annihilates ants (and birds…be careful.)

6. Routinely examine the rhizome of your plant. You MUST pull the pitchers away from the rhizome to really look inside the gaps, a cursory glance is NOT sufficient to detect them.

7. Perlite will make it more difficult to spot the bugs as it provides a perfect camouflage.

8. Pray to the carnivorous plant gods for mercy.

See also my cross posts on the Sarracenia boards and on /r/savagegarden.

Urh, those things. I had a couple on one of my sarracenia, but thankfully my sarracenia was home to a couple of jumping spiders that took care of the problem with little intervention from me. I had to manually pull one or two off, but aside from that, the spiders devour the rest.

This plant is also home to quite a few jumping spiders which I absolutely adore, but I can't say they've done anything to battle the mealybugs. The spiders make their nests in the flowers and tend to hang around the pitcher mouths when hunting. I'm pretty sure the roots of this plant are infected which is why I can't wait until winter and dormancy so I can pull it up. I'm hoping to clean out the rest of them when I repot it so the plant gets a fresh start for 2015 (my god is it really going to be 2015? Crazy.) I do NOT want to be dealing with this next year.

Does anyone have a suggestion for how to completely eradicate them when I have it uprooted?
Last edited: Sep 16, 2014

Clean up the rhizome really well. Pull off all leaf bases. If I have an intense problem I'll even completely dismantle the plant into single rhizomes so there are no hidden areas.
Get a brass pressure nozzle.
Take your plant well away from all the others.
Blast all moss, dirt, debris, and mealybugs off the plant. The females don't move very far and likely will get eaten by something.
Replant. Keep the rhizome above soil level so predators can get in there. Stake the plant if it falls over.
Do this once every two weeks until they're gone. Generation time for mealies is roughly 2 weeks during average growing season temps. This timetable undercuts their lifecycle, and essentially you blast them off before they're able to reproduce.
Totally 100% chemical-free.
Last edited: Sep 17, 2014
You must log in or register to reply here.