Here is a photo of my P. chilensis. You can see some seedlings, that are likely from a seed pod which I forgot to harvest. One of the amazing traits of this plant is that it is completely autogamous!

The flowers of P. chilensis are very short, the stalk can be sessile like mine, or a few cm long. The flowers are often covered by the leaves of the plant, as P. chilensis grows very fast for me (I have not measured the exact amount of time, but I expect it is about a new leaf around every 6 days). Flowering for P. chilensis seems to be associated with water level. When I came back from vacation (I left it in a few inches of water as opposed to a few centimeters) I found three flowers coming up.

You can also see a division under the leaves of the flowering plant. This plant is closely related to P. antarctica, so I expect it produces a short stolon, in a similar matter to P. antarctica, to produce new plantlets.

So far, this is a very easy Pinguicula species to grow. I grow it indoors under a seasonal light cycle (one you would give to tuberous sundews). I increase the photoperiod to about 14 hours during the summer. During the winter, I will reduce it to around 7 or 8 hours. This Pinguicula is homophyllous, but according to a Chilean native flora website, it can experience snowfall during the winter. I may try growing a few individuals outdoors this winter, since I have some seedlings popping up in another pot.

I have not tried growing P. chilensis outside during the summer. Well, I tried with one sickly individual, but it ended up dying. The main cause seemed to be fungus gnat larvae. I assume that the extreme summer heat weakened the plant to the point where the fungus gnats finished off the plant (it was almost dead indoors anyways). I may try to grow a healthy plant outdoors next summer. The sickly individual actually grew a few leaves while it was outside, so perhaps it is resistant to higher temperatures than it experiences in the wild (according to a website that has records of the temps where P. chilensis grows, the maximum summer tempurature is 78 degrees fahrenheit). It experienced temps in the 80s and occasionally high 90s while it was outside.

I have read that P. chilensis has not done well for someone trying to grow it under artificial light, but so far I have not had any issues. This plants seems to appreciate being fed, however, so if their plant was not catching prey, it is possible that this would be the source of their indoor-troubles. Whenever I haven't seen an small flies on my P. chilensis, I give them a light soaking of maxsea. The dilution I use is 1/4 tsp per gallon.

The most beautiful aspect of this plant, as well as its cousin P. antarctica, is the beautiful veiniation on the leaves. Enjoy! 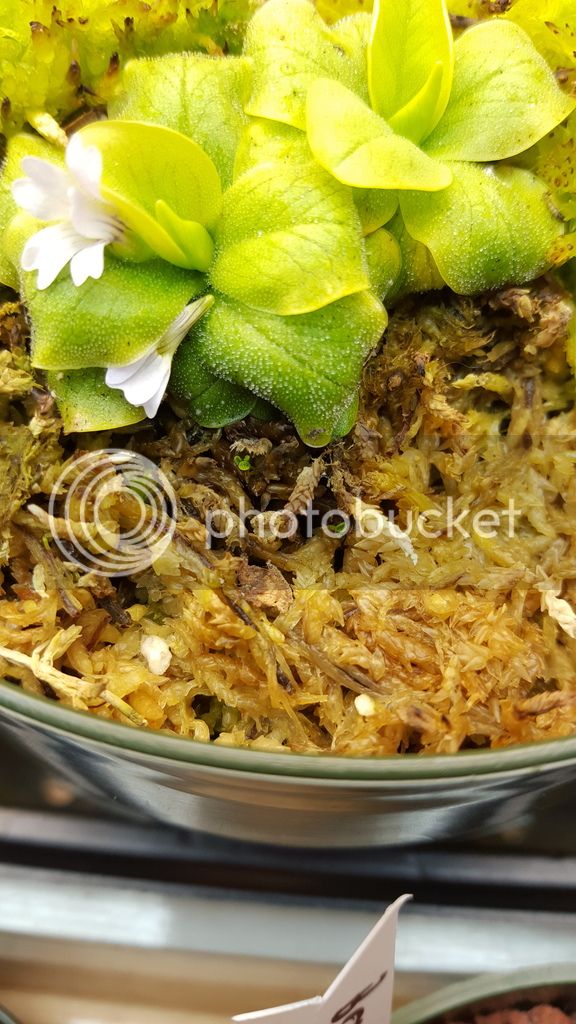 This is a cool species. Do you know what the maximum size is? Nice to see the photo posted being as there were none taken at the last meeting.

Mine are around 2" in diameter, and don't seem to be getting any larger.

you're sure for P. chilensis , not P.antartica , for me P.chilensis is more pink or purple , not white ?

to my knowledge, no stolon for these species.

it is still difficult species to cultivate over several years.

you have them, since how many years?

if you have seeds I am taker

People have reported seeing new plantlets emerge from antarctica by stolons, so I am wondering if this species produces plantlets in a similar manner.

I have not heard of anyting about P. chilensis or antarctica being difficult to maintain, but I wonder if they are simply a short-lived species. Fortunately, they flower profusely in good conditions, so it is hard to run out of them.

I will have some seeds in a few weeks, I will send you some so you can try them out for yourself.

[MENTION=3500]jeff 2[/MENTION] I forgot to add, the lighting is strong so my phone's camera doesn't take the best photos under it. The flowers are a soft purple when viewed in person.

for me it is a P.antarctica see here the difference , not a P.chilensis 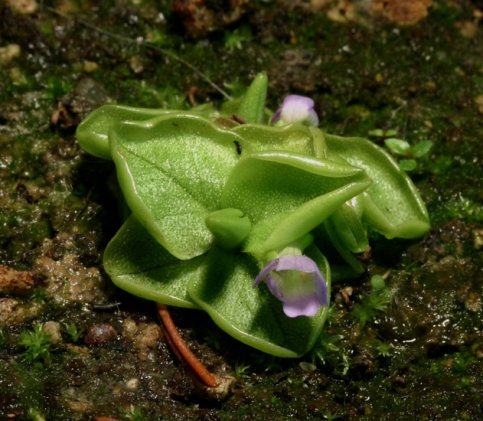 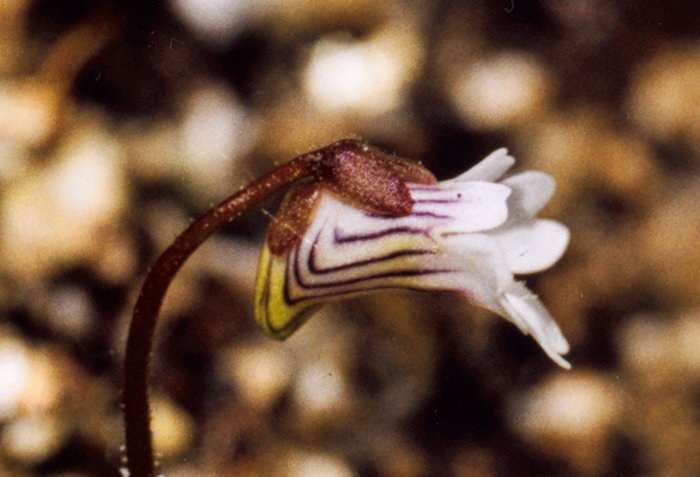 The main difference between P. antarctica and P. chilensis is the shape of the flower, not necessarily the color. Color intensity can vary on the specimen, and with the intensity of light.

Here is the shape differences of P. antarctica and P. chilensis: top is antarctica, bottomw is chilensis
(Not my picture, sent to me by the person who has the parent plants or my P. chilensis)

in taxonomy the corolla colour is a good determinant .

may be I am wrong, but for me a P.chilensis is not white but purple( pale purple) or pink, veins on the tube nonexistent or very very attenuates , the spur always green/yellow.

Here, the 2, you presented us are not differentiated enough to put a definitive name ,Finally, it is my feeling.

The color is always a bit off when I take a photo with my phone, since the fluorescent lights are so strong. Here is an photo where the color is a bit better. This photo has the sick chilensis that died from pests.

here , I have the same problems with them but also with antarctica - variegata and villosa species growing less high but in rather cold environment.

I believe pests considering how none of the others have been affected. When I unpotted that individual, I also saw a translucent larvae (I think fungus gnat, but I am not good at identifying pests). They don't get too hot under my T5s; the temps are always right around their natural summer temp range.

This winter, I will place some outside, where it can drop below freezing occasionally, and keep some where they have always been (where I grow my tuberous sundews, but day temps will still be around 70 since the T5s are hot). I am doing this experiment to see how they handle freezing, and to see if a winter period is necessary for them (they do not go dormant, but as we know, where they grow it gets cold).
You must log in or register to reply here.