Hey, I figured I'd make a pic/vid thread to keep all of my stuff, and track the progress of my plants' and my collection.

As of right now, I'm still in the start-up stage again (I used to grow cp's but took a couple year hiatus for a number of reasons), but I'm working hard on having a decent collection going by the spring/summer. 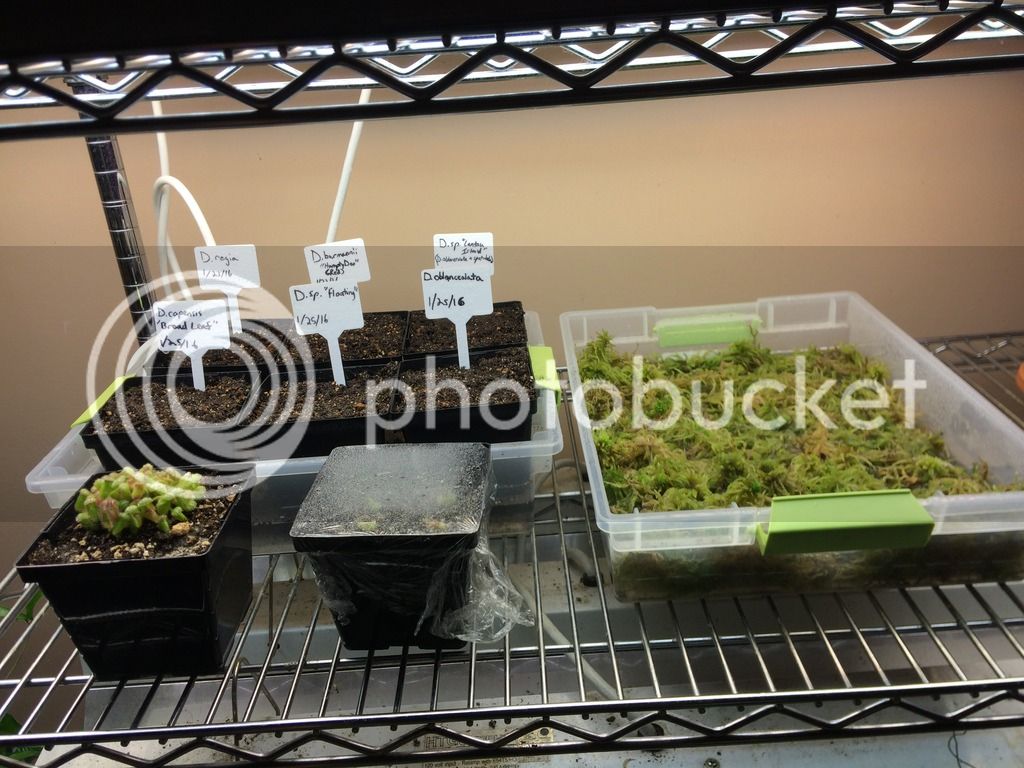 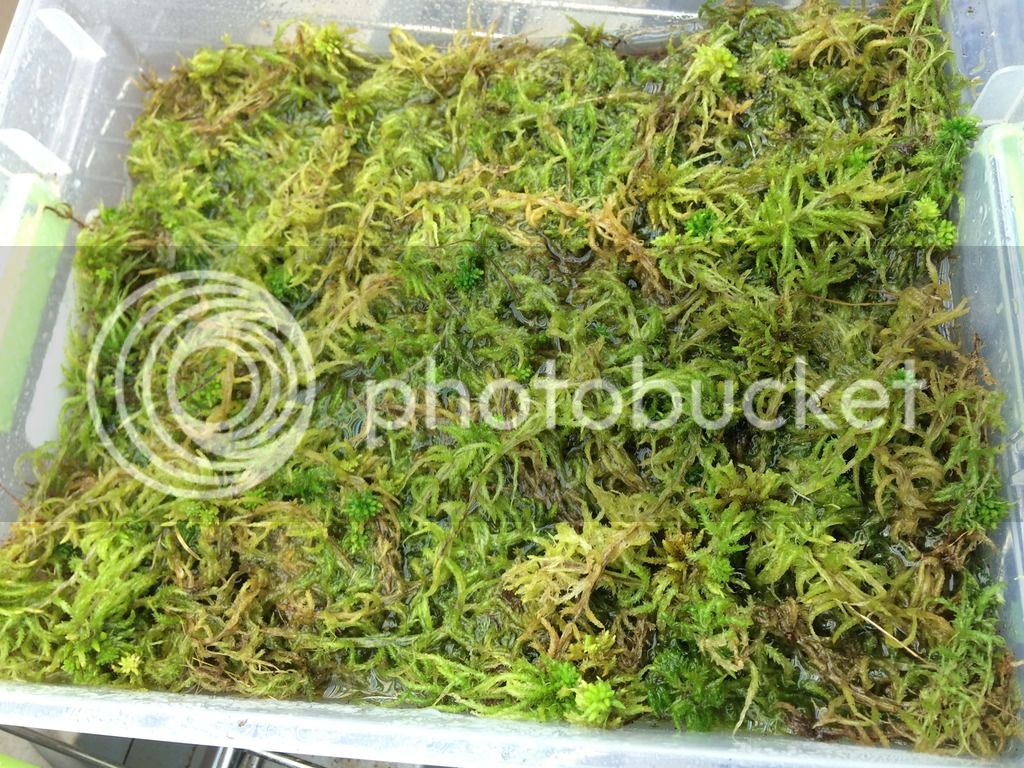 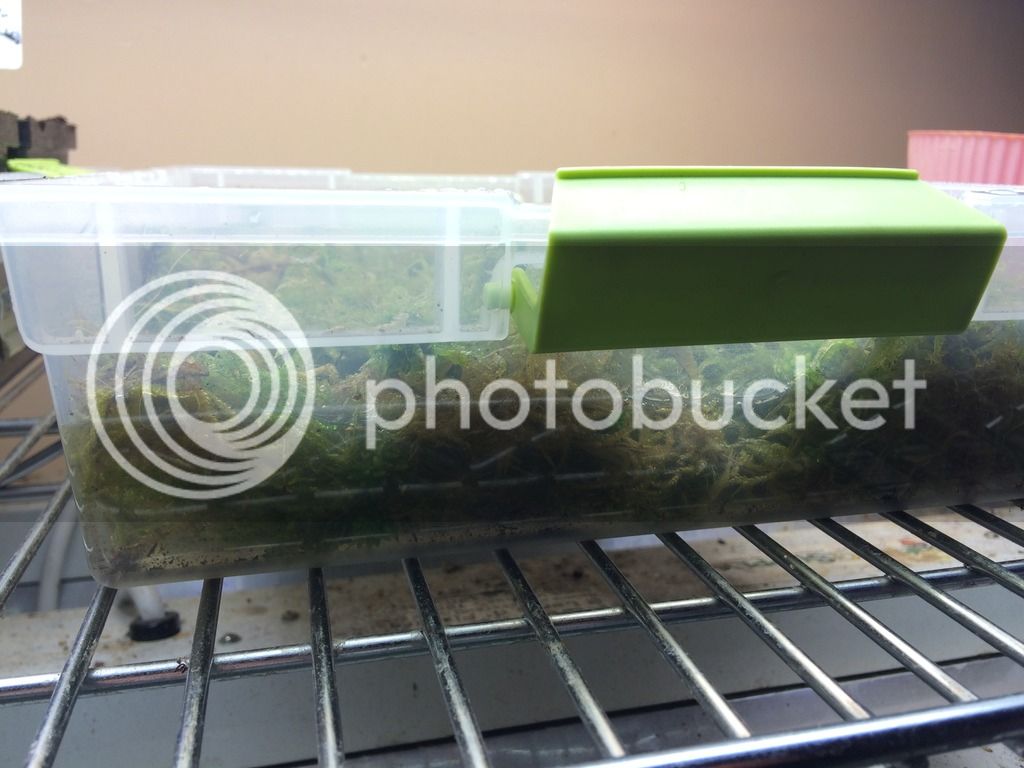 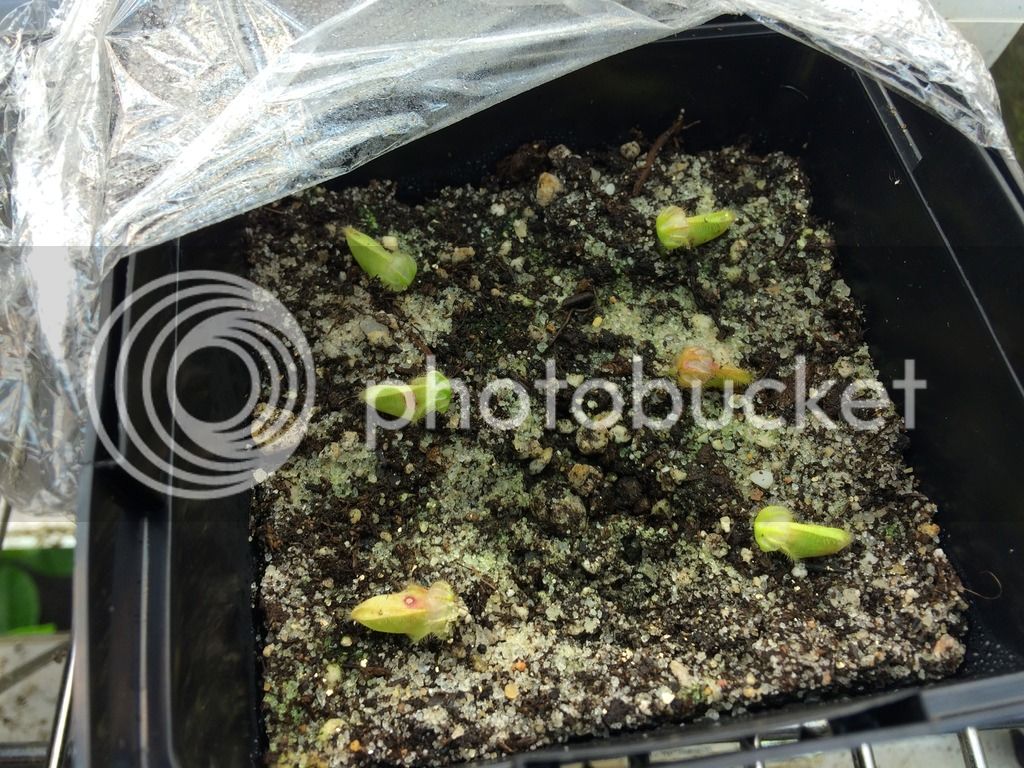 Installed a DIY humidifier->fogger, and put live sphagnum in the Cephalotus pot around the rootball, and on the top layer. 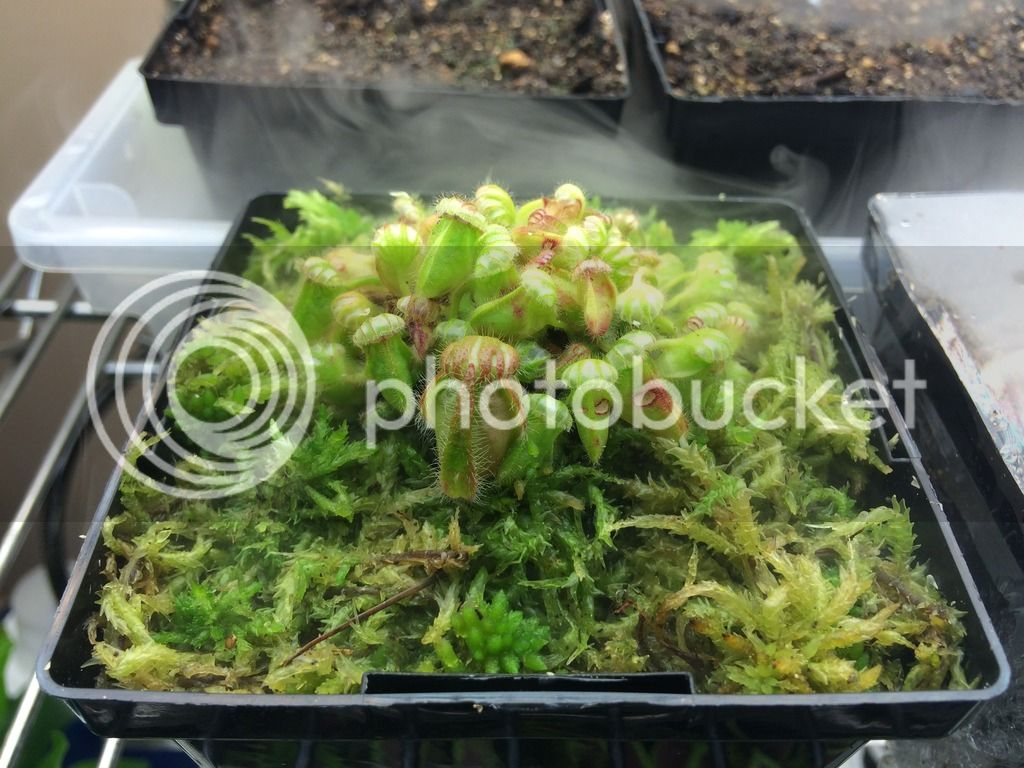 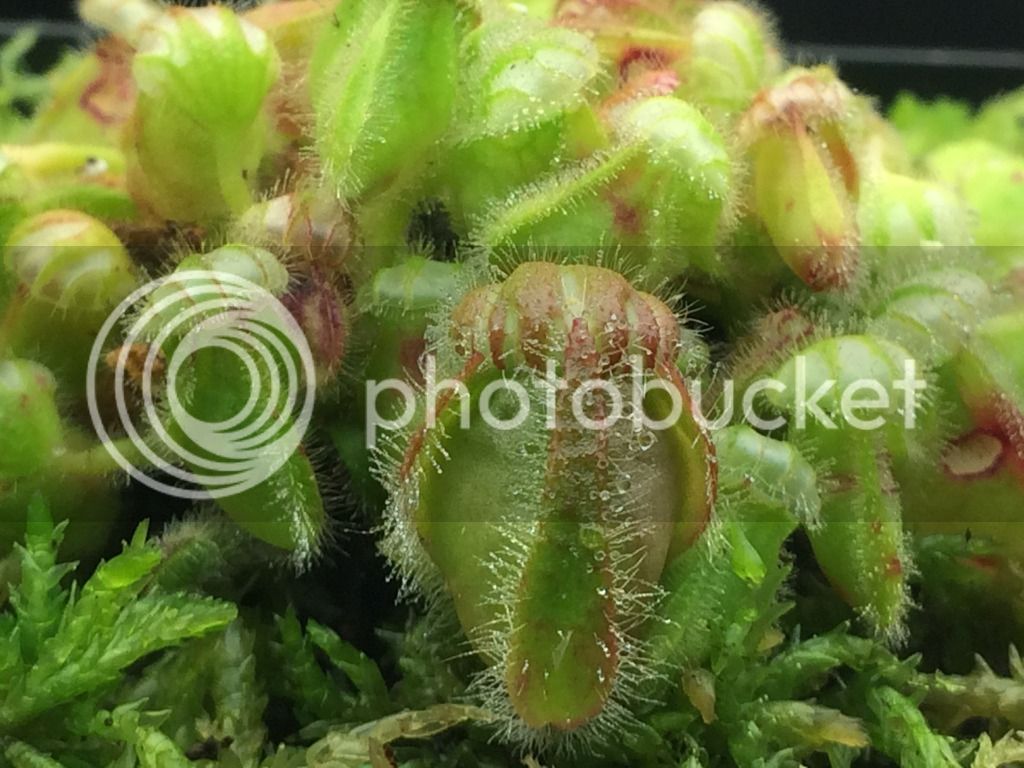 Are you using one of those decorative mini foggers?

Swagalotus said:
Are you using one of those decorative mini foggers?
Click to expand...

No, I looked into some cheap ultrasonic foggers you could put in a cup of water or something, but they don't really have consistent reviews, aside from breaking relatively quickly. They also don't cut off when the water level is too low, which I know will lead to mine breaking quickly. What I did, was buy a nice sized ultrasonic humidfier (not the hot one), and some silicone waterproof sealant, and rigged up the opening to some silicone tubing, so i can aim the fog anywhere I want. In the video, I only have it on setting . For now, level three is overkill, but when the shelf fills up, I'm going to split that tube up into two or three, and cover the whole thing. Your post a few weeks ago actually got me interested in foggers again. 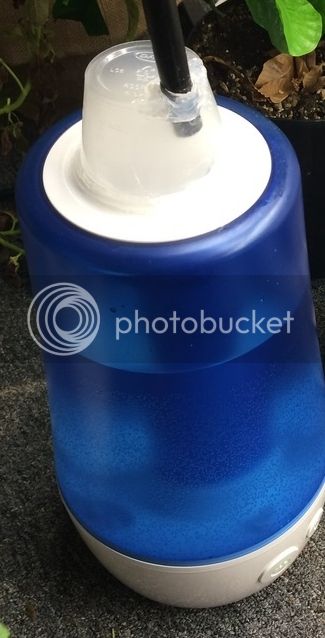 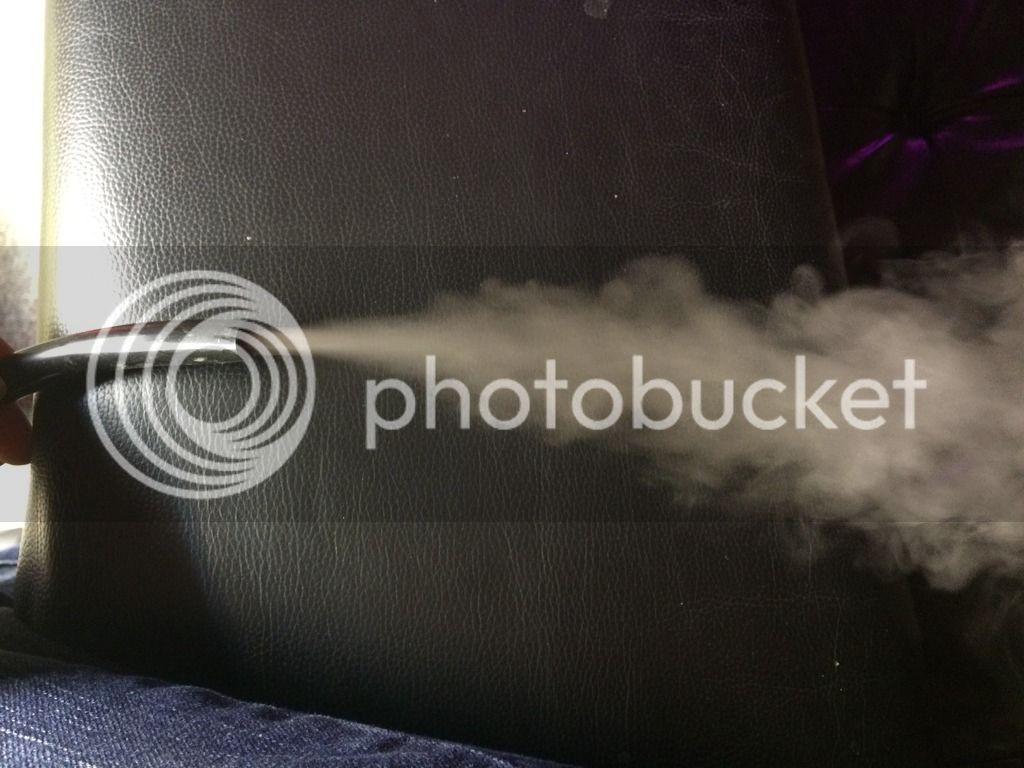 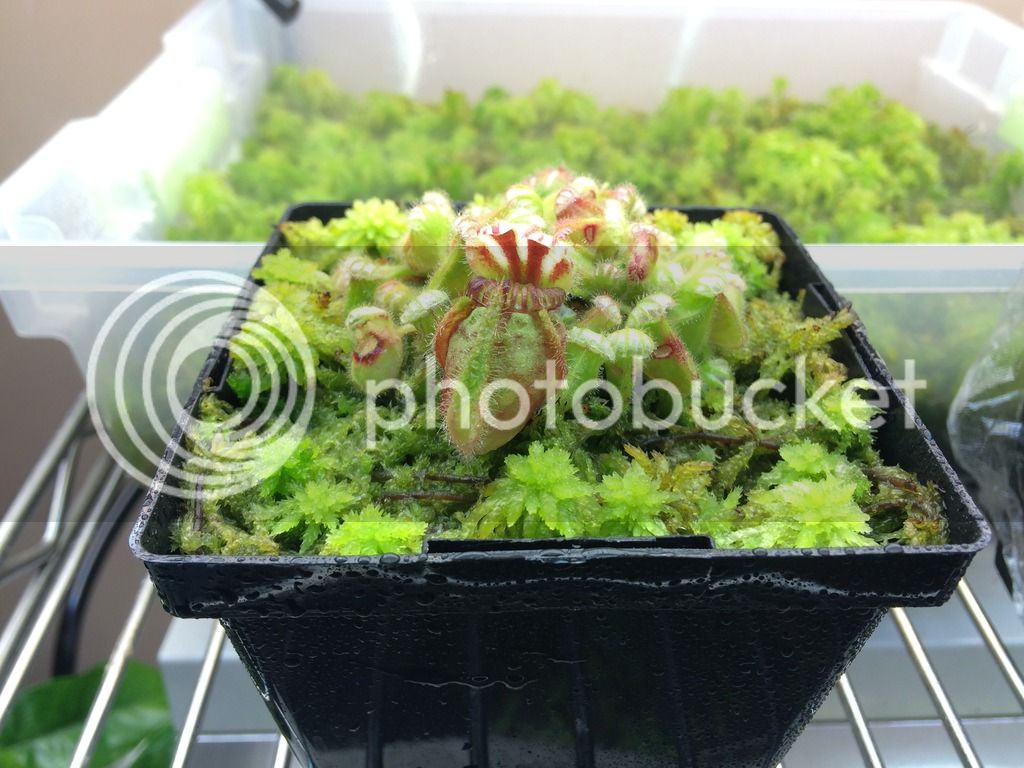 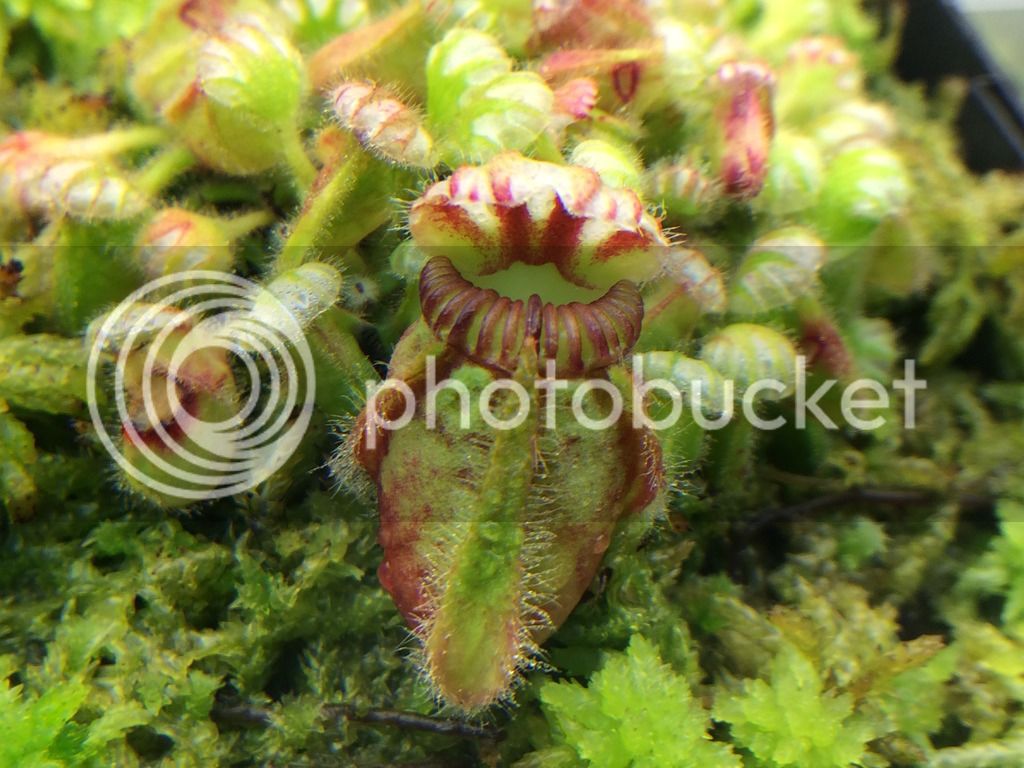 Your cephs are amazing. If you don't mind me asking, how do you care for them?

curtisconners said:
Your cephs are amazing. If you don't mind me asking, how do you care for them?
Click to expand...

Thanks, man! I appreciate it. I picked this typical ceph up at ICPS 2012, and had it in the small pot it came in (probably 2" or less wide and maybe 4" tall), until I just repotted it this year. I took all of the media it was originally growing in, which looked like peat with a tiny bit of perlite and a decent amount of sand, and put it in the middle of the new pot. I also took 6 juvenile pitcher pullings which started to strike a week or so ago. Then, I surrounded the rootmass with live sphagnum all around and on top. This allowed the transplant to be completed without the plant ever skipping a beat. In fact, it is now growing several mature pitchers for the first time in years, and at a pretty fast rate. I spray it with water on the moss until a few drops start coming out of the bottom of the pot, and every few days, I pour water on it (top water), and make sure it gets on the rootmass. Wetting the plant hasn't caused any problems, but it always has open air to dry it out, so it doesn't have much time to rot. I'm currently working on trading for new ceph clones, since it's one of my favorite cp's, by far.

What do you mean by "wetting" the plant. Do you soak them at all? If you don't soak them, how much do you allow the soil to dry out? Thanks for answering my questions.

curtisconners said:
What do you mean by "wetting" the plant. Do you soak them at all? If you don't soak them, how much do you allow the soil to dry out? Thanks for answering my questions.
Click to expand...

I mean letting the actual leaves/pitchers/crown get wet. Some people are afraid of letting it get wet, and only tray water, or carefully water around the plant itself, but I haven't found it to be a problem. Now that I can water around the plant, I do most of the time aside from when I'm soaking the root as with a top water over the whole pot, but for the past few years, it had been covering the entire top of the tiny pot it was in, so I just watered it over the pitchers and everything.

As for moisture levels, it doesn't seem to be very picky as long as it isn't left waterlogged or allowed to dry to the point of the pitchers wilting and getting soft. I throughly spray the surrounding sphagnum daily sometimes more, whenever I visit my plants, and that keeps it watered pretty well these days. I'll probably need to up the frequency on the top watering soaks when the temps rise this summer, though. You're quite lucky to have those plants. Do you use artificial lighting in winter? If so, what kind of lighting?

curtisconners said:
You're quite lucky to have those plants. Do you use artificial lighting in winter? If so, what kind of lighting?
Click to expand...

Thanks for the help. Especially with the light temp, since I don't really have room for big T5's.

curtisconners said:
Thanks for the help. Especially with the light temp, since I don't really have room for big T5's.
Click to expand... 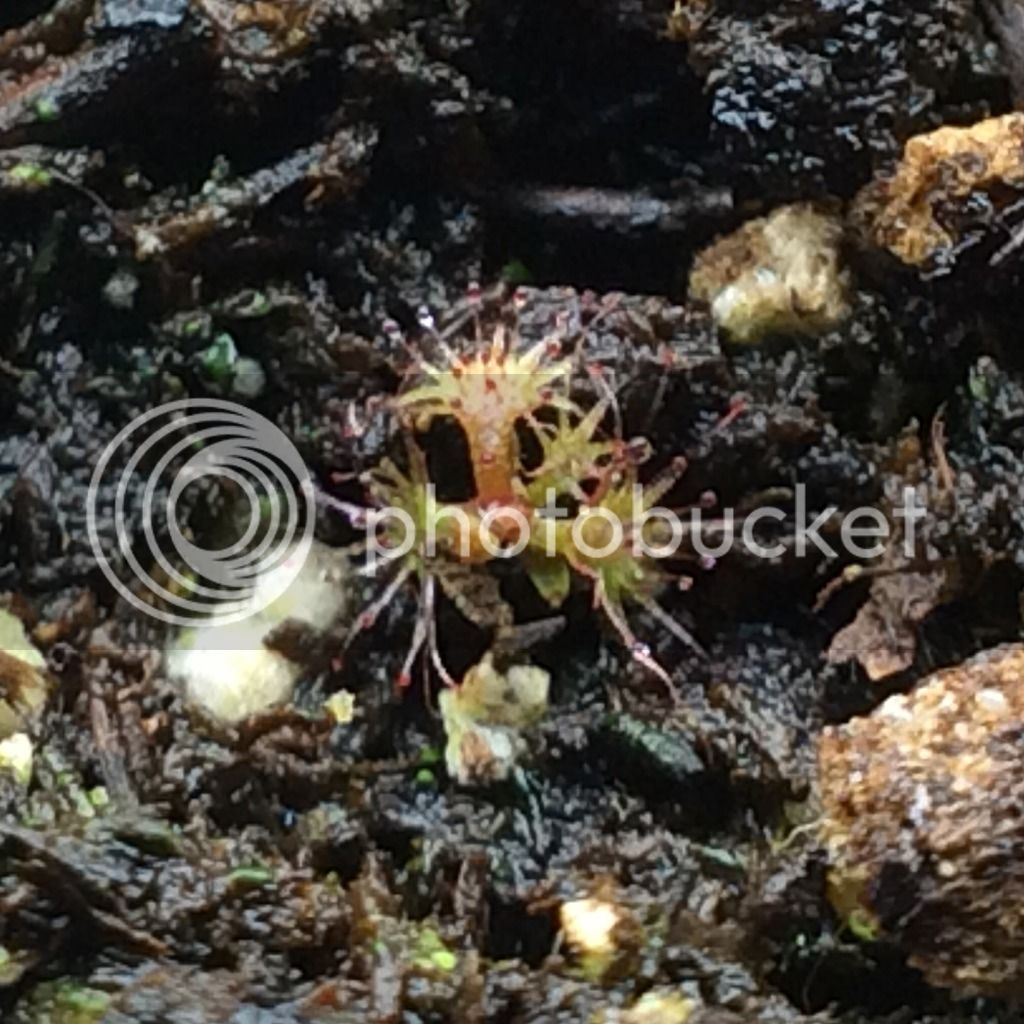 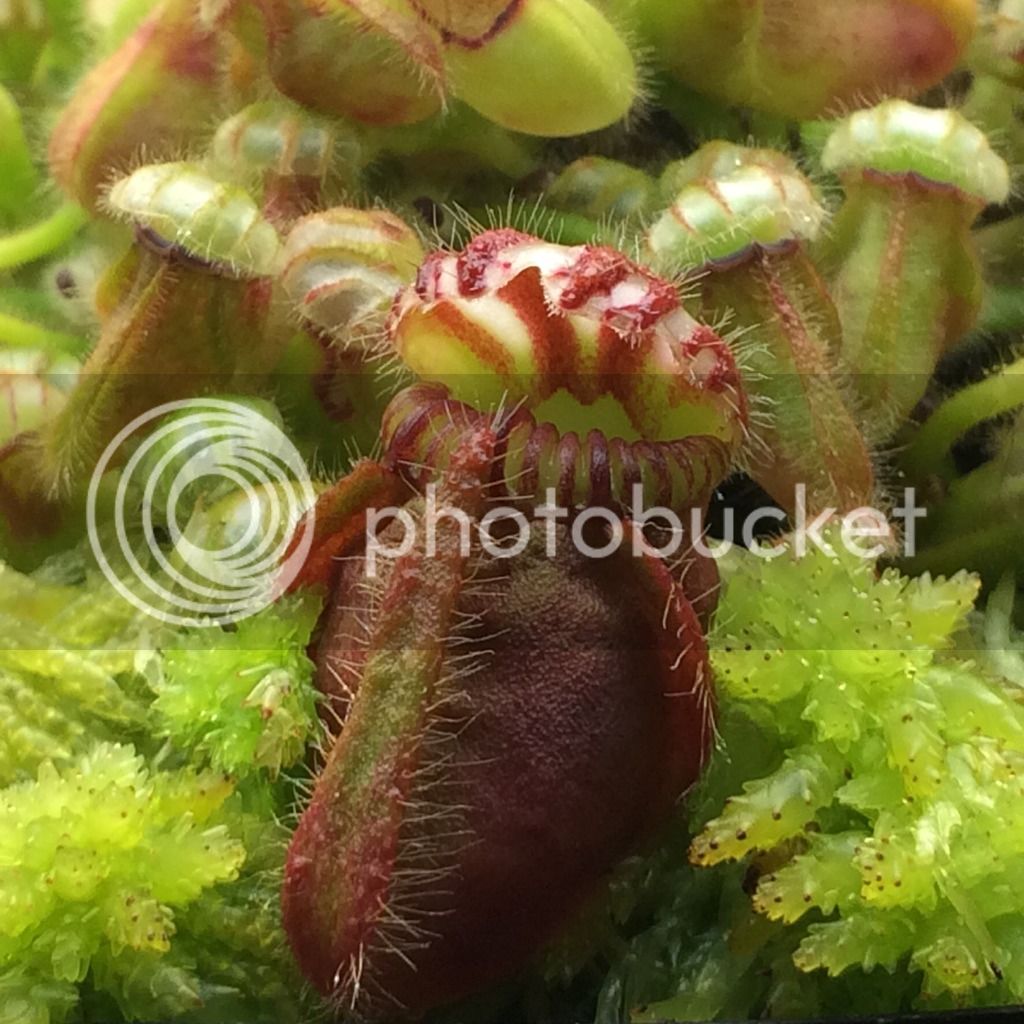 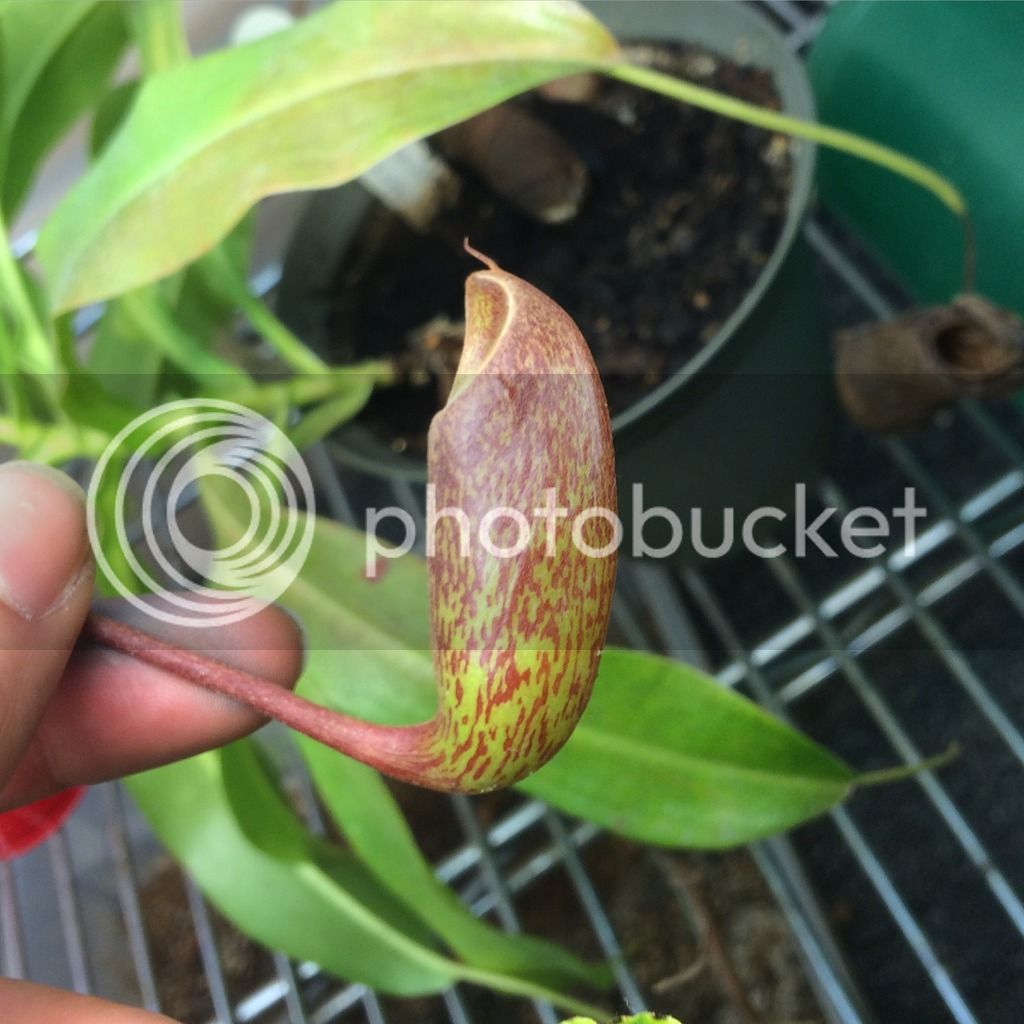 Nice nep, what is it, a fusca?

curtisconners said:
Nice nep, what is it, a fusca?
Click to expand...

Thanks It's a N."Red Leopard".

Doomsday said:
Thanks It's a N."Red Leopard".
Click to expand... 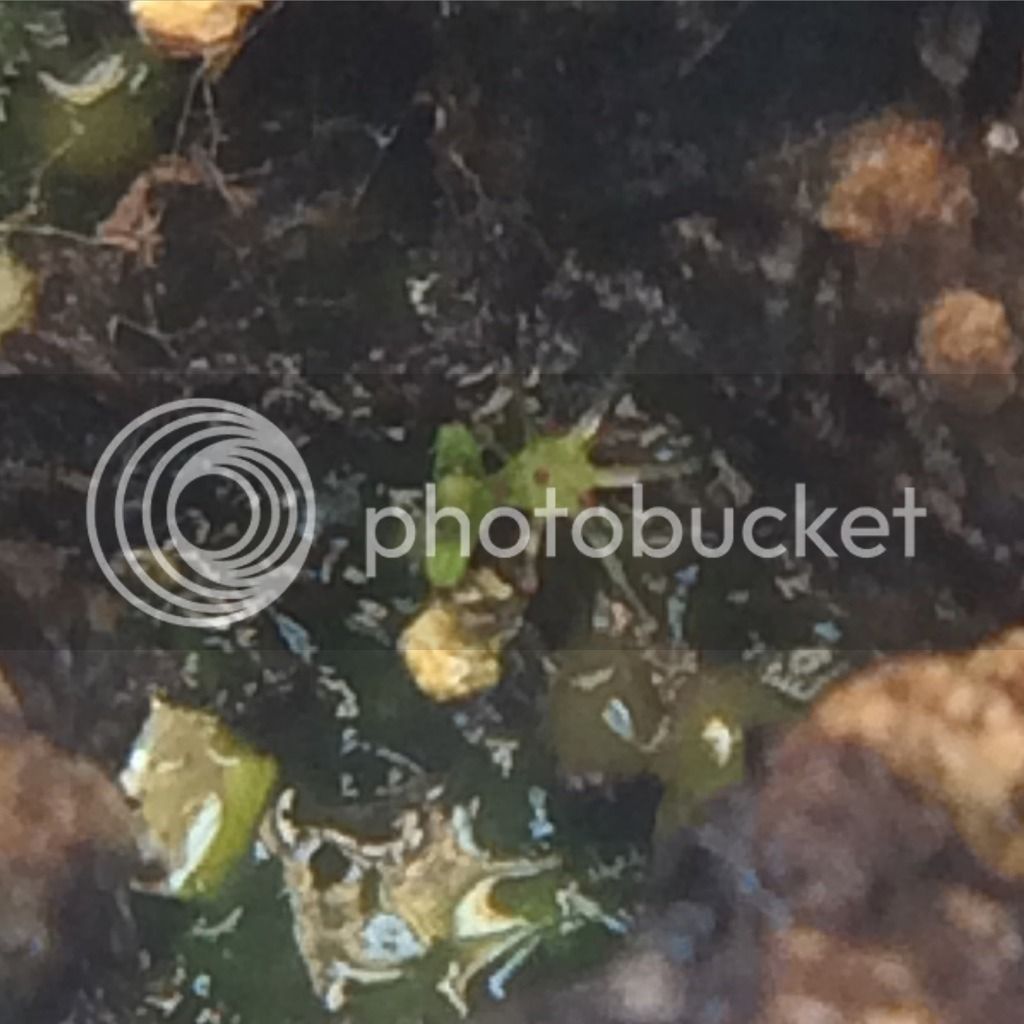 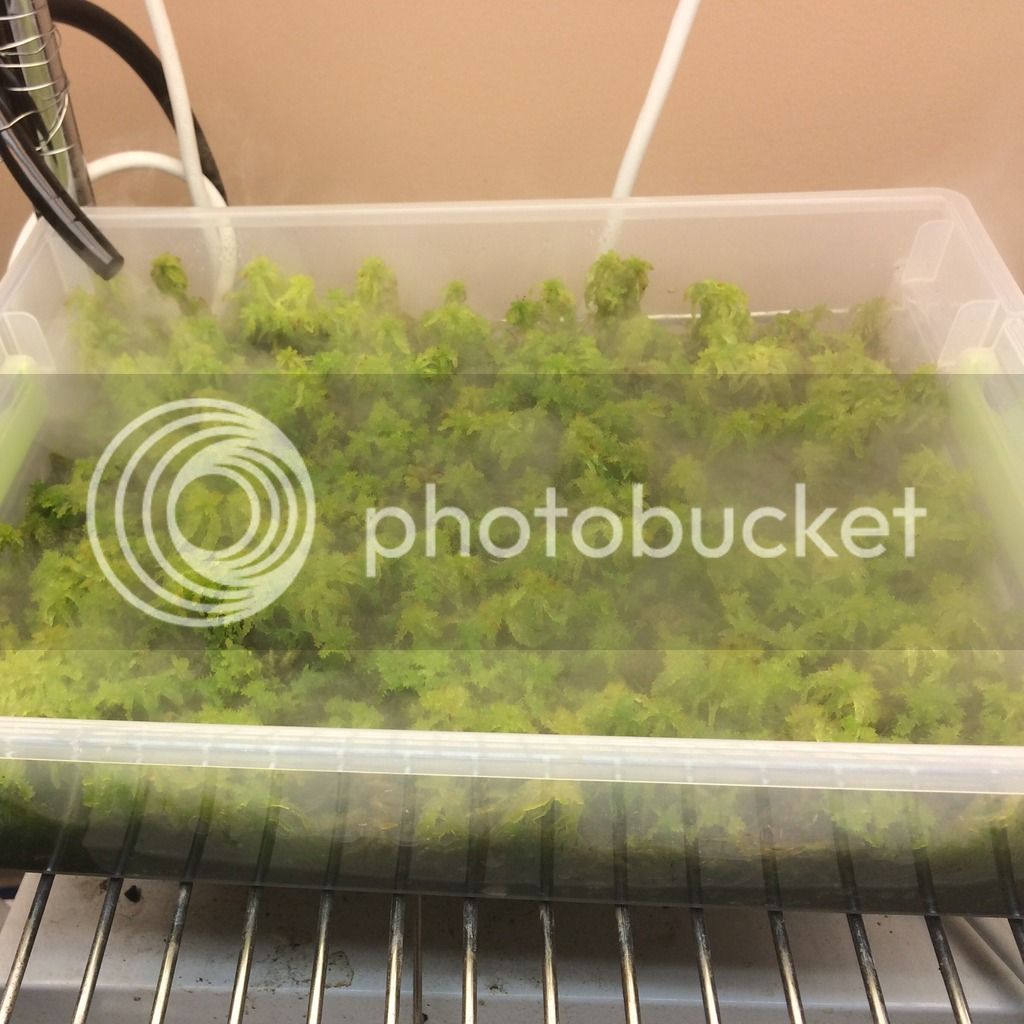 Awesome looking moss. It's grown considerably since you started the thread.

curtisconners said:
Awesome looking moss. It's grown considerably since you started the thread.
Click to expand...

Thanks, man! From the picture in the original post, I took a noticeable chunk, mostly the best pieces, and used them in potting my ceph, so there was even a bit less to start the culture from, and it worked out fine. I just trimmed it earlier today, and put the timmed pieces back in to the ssame culture, but more evenly spaced out. Next time, if it is all growing pretty evenly, I will use the cuttings to make a new culture.

These two macros are from the moss in my Cephalotus pot: This is the moss culture before (top) and after (bottom): Clouds and live sphagnum (The fogger had been turned on seconds prior to taking this pic which is why the clouds are only on half of the tray. I think it looks cool.): 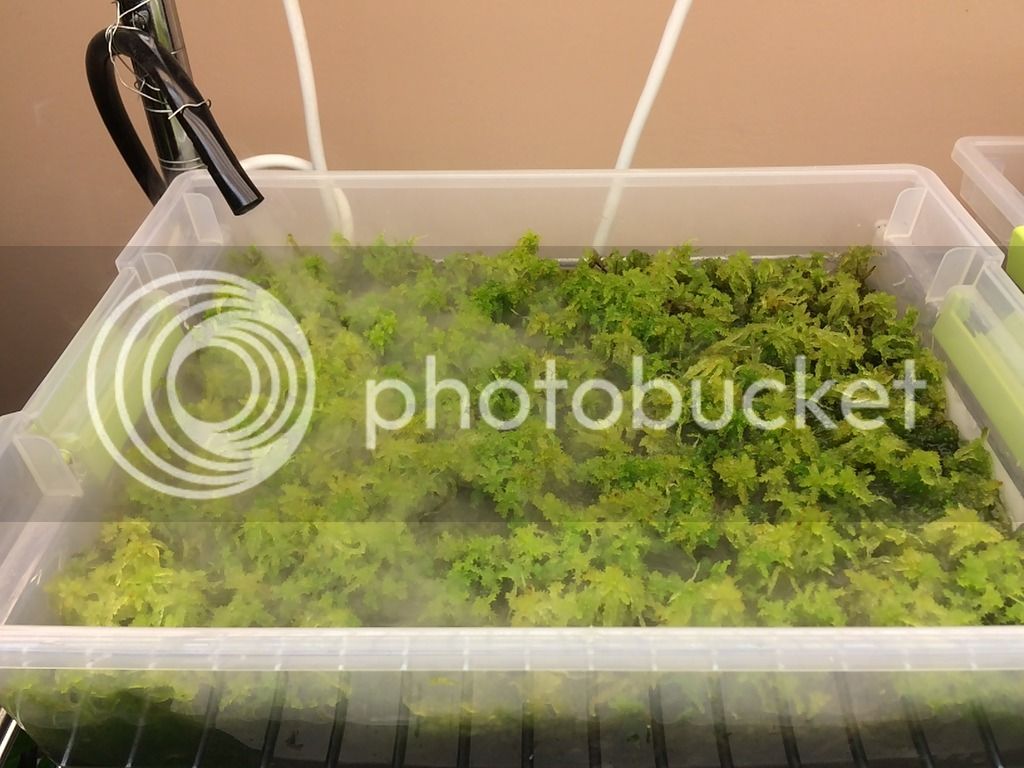 Drosera burmannii "Humpty Doo" showing remarkably fast growth (it also got fed for the first time today which should speed things up even more): 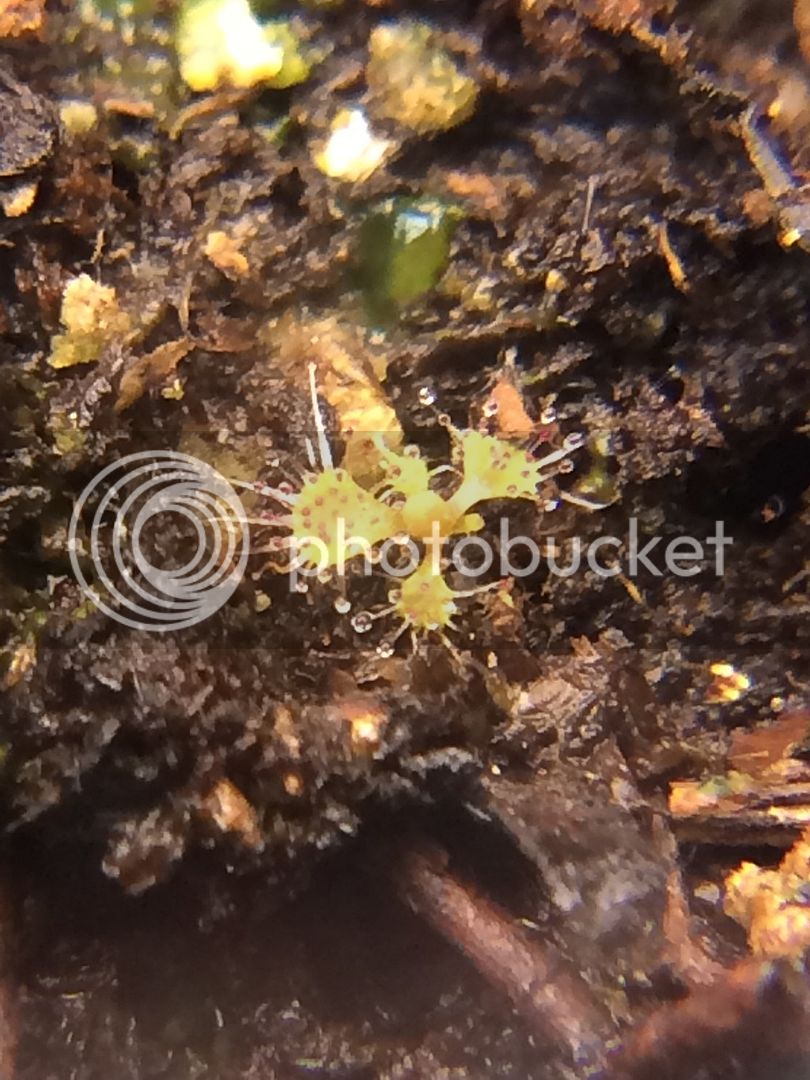 the sundews are looking awesome. What medium do you use for the sphagnum, I'm thinking about starting my own culture. Thanks.
You must log in or register to reply here.