...a bit early if you ask me. I suppose that's what happens when you have a string of 60 degree days at the beginning of February. This is the first flower bud of the year on a Sarracenia flava var. rubricorpora, near Sumatra, Liberty Co, FL clone H. There is also a bud visible on my Sarracenia leucophylla 'Tarnok' though the plant desperately needs repotting and it is very difficult to get a good picture of the bud at the moment. 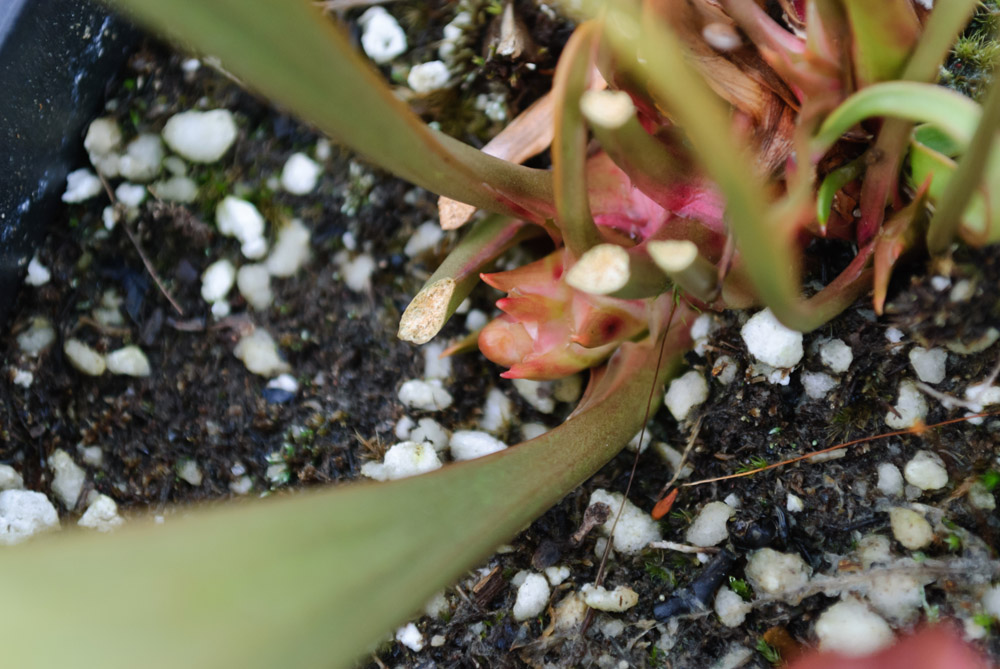 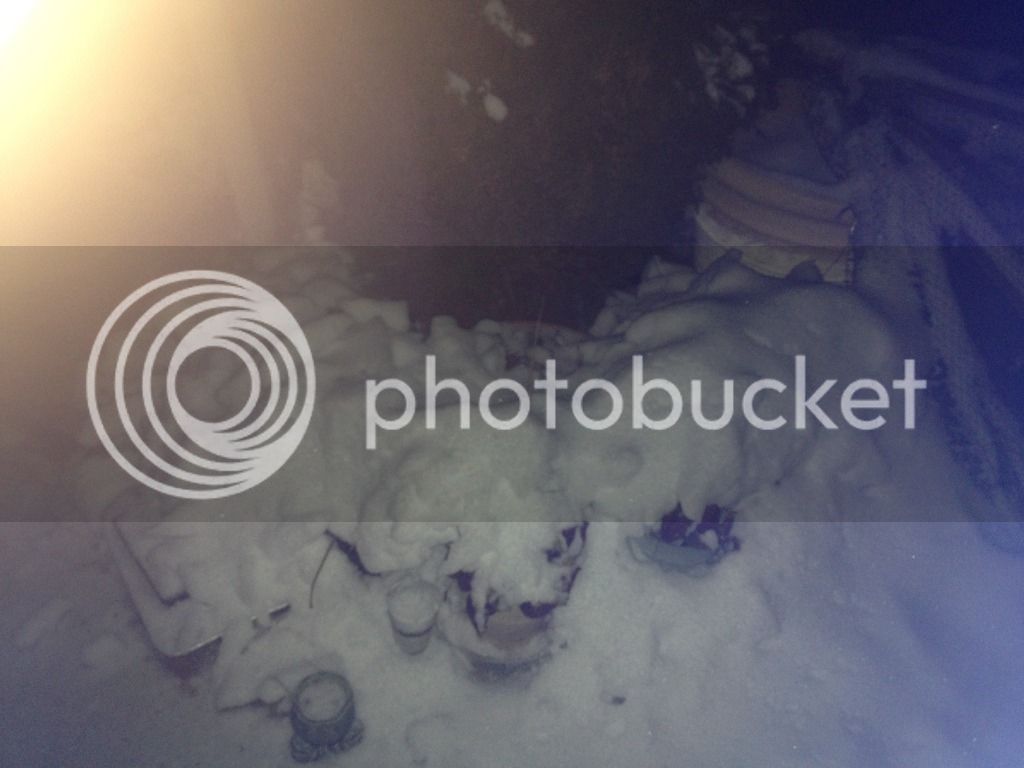 (Those dark lumps at the front are S. purpurea, might be able to see an old S. leucophylla pitcher poking out of the back)

Ha, nice John! I need to cut the old pitchers off all my sarrs soon and see if there are any signs of them waking up. Kinda hoping they hold off until next month though as the probability of getting more freezing temps is likely. Always scares me when we have years that tease us with springtime/summer temps for a while in early February and then back to nights of freezing, killing the new growth and setting things back a bit.

It's definitely still possible to have some freezes in the next month. I'll just keep a close eye on the weather and move the plants indoors if that happens to avoid any damage. Unfortunately that's not an option for your bog garden.

Yeah, another downside to having CP's in a large bog, pots I can bring inside at night during late freezes.

Similar to nimbulan I too have flower spikes growing on my outdoor Sarracenia here in the UK due to abnormally high winter temperatures. They are at least five weeks ahead of where they should be, I too fear the return of the cold weather.
I have never had a flower bud on an outside Sarracenia so advanced (about 4" high) before.

On outdoor plants? I'm surprised there's that much of a difference, you don't live all that far away.

I too had early buds this year due to fluctuating winter temps. I believe they were on a flava and my scarlet belle. came up in early february. This is in upstate south carolina, so very unusually early for mine. Temps went back down to freezing but i dont think it damaged anything. Im actually having the highest turnout in buds this year, i think im going to let nature run its course and see how many seedlings show up on their own next season. Last years were manually pollinated, stratified, and grown from seed in a terrarium

I did experience one frost about a week ago but none of the plants seem to have noticed. Now they're talking about it being 80F on Thursday, breaking the record high. My first flower should be opening soon, and it seems that my Darlingtonia won the race. It started out slow but sure overtook the Sarracenia.
You must log in or register to reply here.