About a month ago, I added a small amount of Scott's Disease ex lawn fungicide to the water of a few of my sundews to see if they would perk up. Since I moved all of them to a new setup at around the same time, I hsd two under Marshydro LED grow lights and two under daylight white LEDs from home Depot. I am impressed with the results! They are very vigorous and much healthier looking than before. The ones under the grow lights also got some cool coloration from the intense light.

These two were under the grow lights. 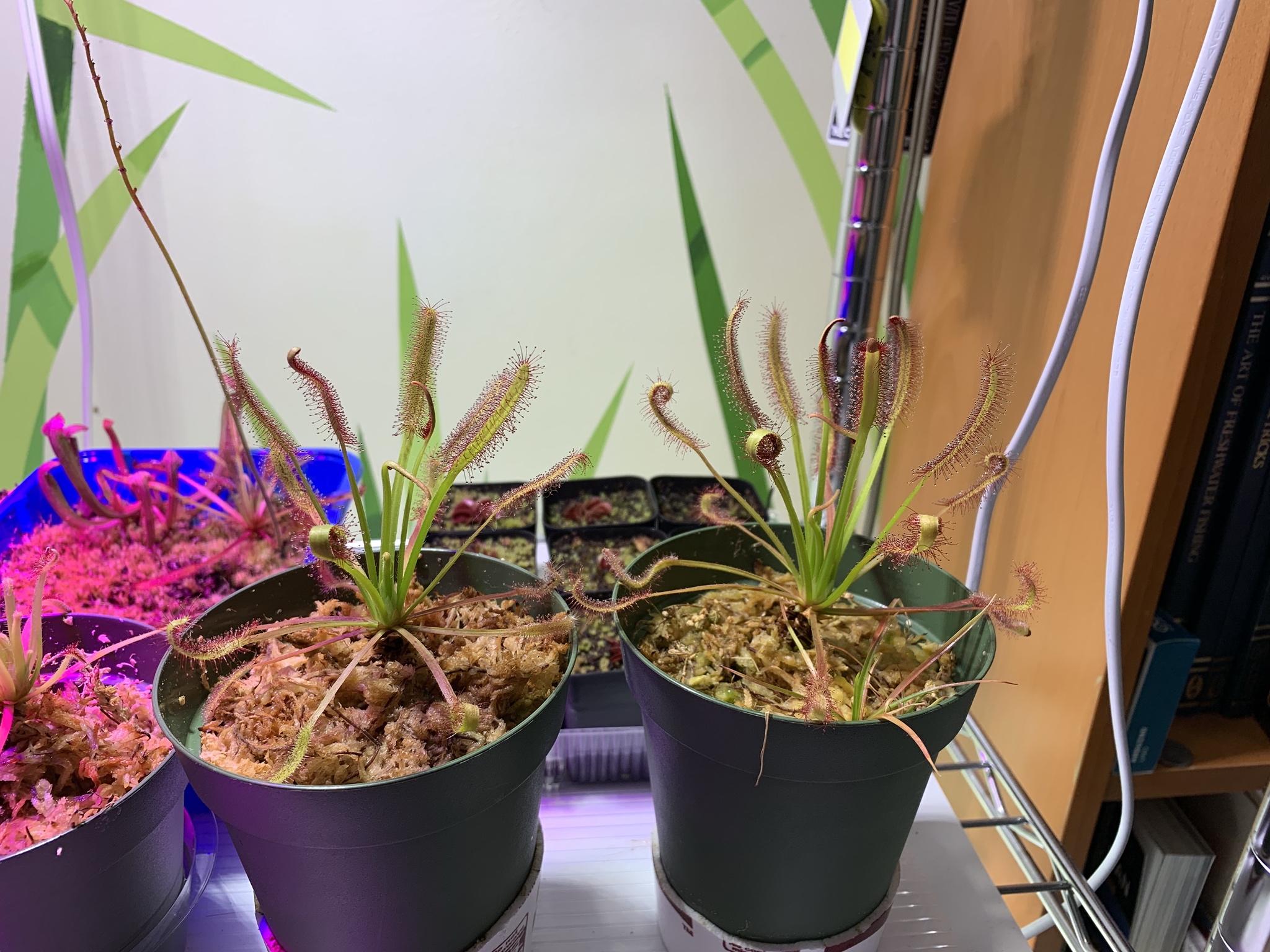 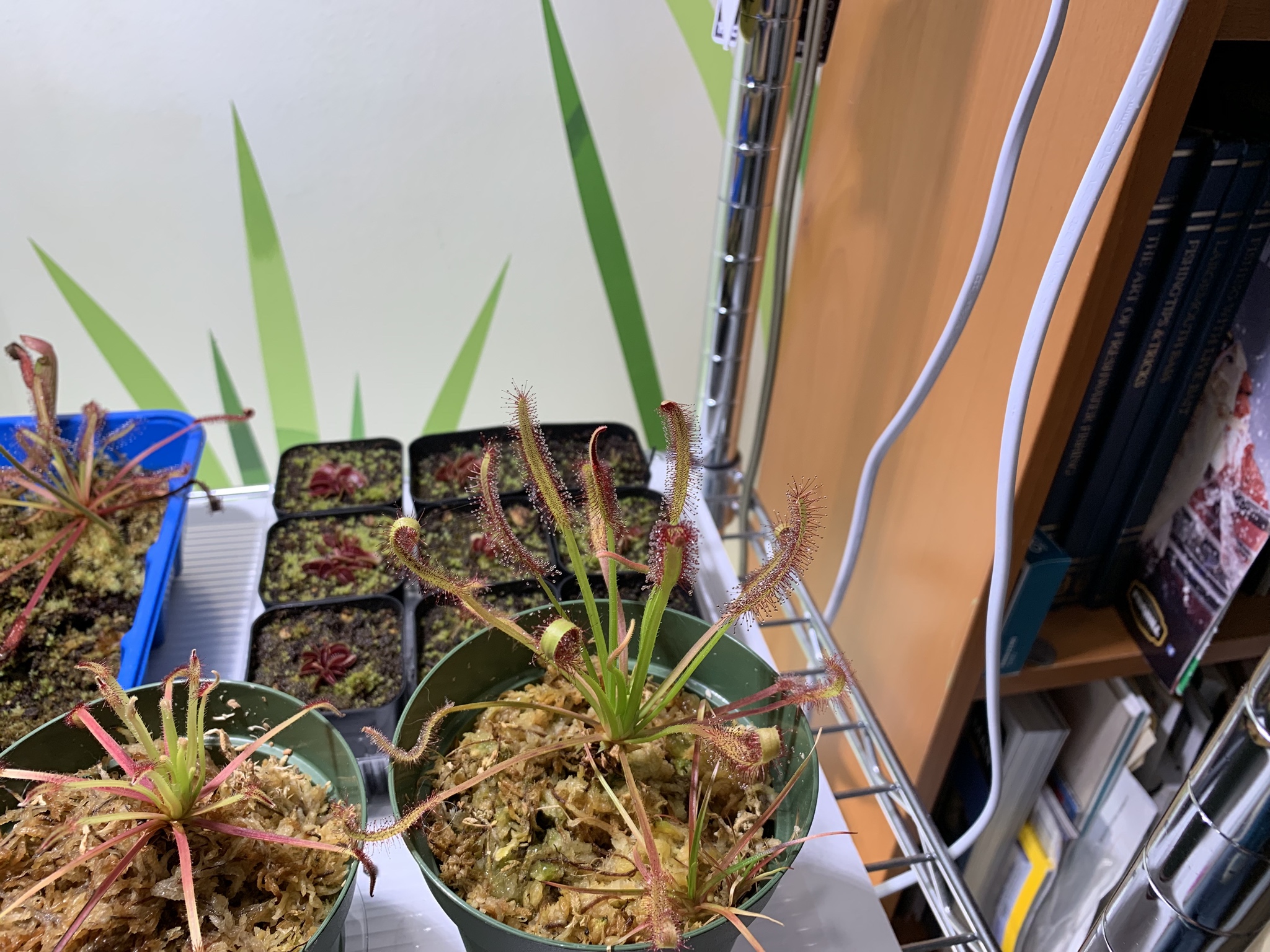 These two were under daylight white LEDs 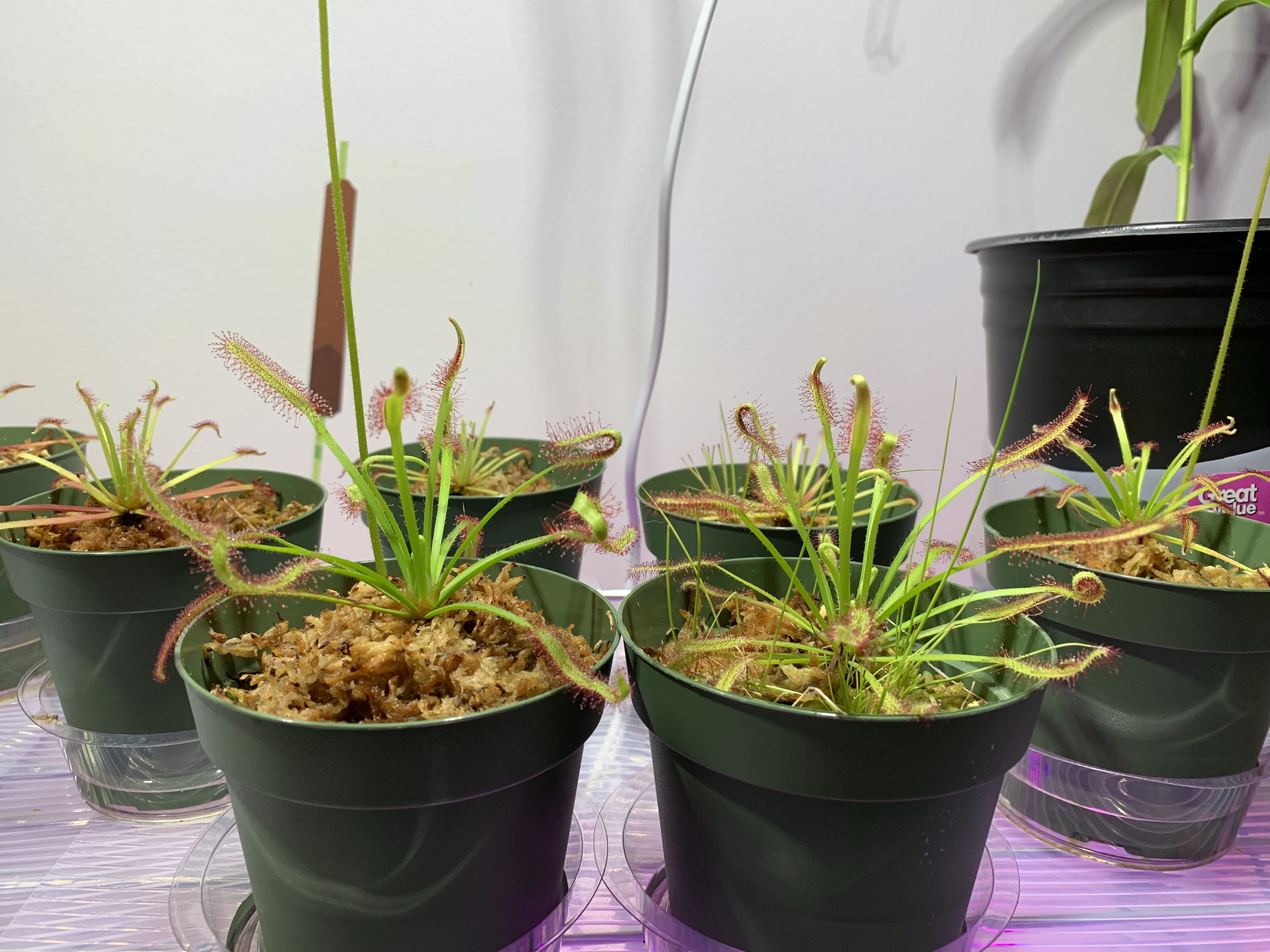 The grow lights give the older leaves a pinkish color, and make the tentacles seem extra red. In the background you can see some others thet I recently moved onto the shelf. they were not doing too well in their other setup, but they are already starting to perk up. They will probably receive some of the Disease EX too.
It works using the chemical Azoxystrobin, Epa's fact sheet is herehttps://www3.epa.gov/pesticides/chem_search/reg_actions/registration/fs_PC-128810_07-Feb-97.pdf
a more thorough study can be linked if anyone wants.
What do you think?

Another fungicide for use on cp's is always a good thing. Particularly useful for germinating and getting seeds/seedlings past their first few months of life. So, do you consider this stuff to be harmless for use on sundews after your experiences?

Are you sure the difference is actually to do with the fungicide at all and not simply movement to better lighting conditions? Was there a control left under previous conditions and given the fungicide as well to see if it was having any effect? Lighting alone can make worlds of difference for the appearance and immune strength of a plant.

hcarlton said:
Was there a control left under previous conditions and given the fungicide as well to see if it was having any effect? Lighting alone can make worlds of difference for the appearance and immune strength of a plant.
Click to expand...

I forgot! Yes, I made two controls. Including the controls there are 6 plants in this test. They were all moved to this shelf at around the same time, three in the grow light and three under daylight white. Two were given the fungicide to see if it was the fungicide and not just a vigorous plant. another was grown nearby with the same conditions as each pair. 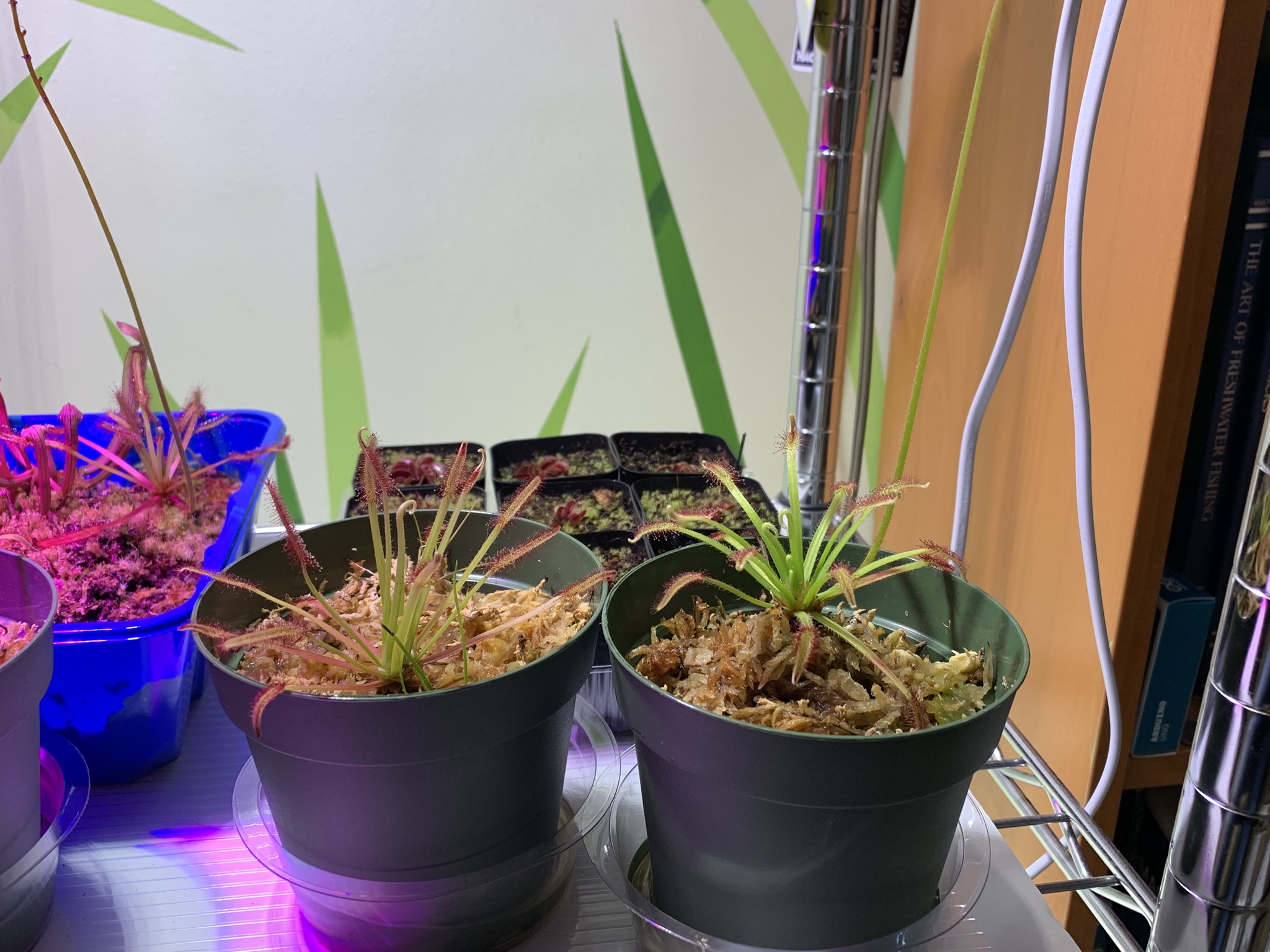 The control for the daylight white is on the right, grow light on the left. If anyone wants some to test, I'm willing to share- I have 8 pounds extra!

A pretty small amount is used, so a pound would last years for me. The reason I got the fungicide in the first place is that I was having issues with leaves not completely opening.

Mark- I think this stuff is pretty good as long as you dilute it enough. I forgot to dilute it enough and gave a flytrap chemical burn on the leaves. I have not tried it on seedlings, but I have some young tokaiensis and capensis that I will test it on.

hcarlton- The new conditions are part of why they are growing well, however, I do think that the fungicide helped a little. I'll see how more non fungicide control plants adjust to the new conditions while continuing the experiment. The dose lasts about 4 weeks according to the bag, so once a month I will give the test plants some. Plant size is also a factor, so I will try to find other things to test- ex: trapping speed, dew, etc.
Last edited: Dec 2, 2018
You must log in or register to reply here.

I
Nepenthes madagascariensis not growing/ pitchering