Some of the folks I work with have finally published their research on the Sarracenia family tree. I have been holding off on sharing details on this research forever and can't contain my excitement any longer!

I know almost all of the authors personally (folks from UGA and the Atlanta Botanical Garden), and can attest that you couldn't ask for a more dedicated group of people to do this research. The paper represents years of work, culminating in likely the best resolution of the tree in 30 years. Most of it's in foreign science language, but this paper will be the standard for taxonomy and conservation efforts for some time.

I saw this the other day. I always figured that S.oreophila was much more closely related to S.flava than indicated in that abstract. Where some the other species fit in with each other is interesting as well. Thanks for sharing this Kevin.

Interesting that Darlingtonia is at the base. An previous study put Heliamphora at the base with evidence that seemed to indicate there were two "migrations" that resulted in Darlingtonia and Sarracenia.

You are correct. All of this is based on molecular work rather than morphological features.

What's even crazier is that it suggests that S. alata needs to exist within the S. rubra complex rather than as a separate species.

And the best part to me is that S. oreophila, S. jonesii, and S. alabamensis all come out separately, so current conservation efforts are 100% warranted and scientifically supported!!!
Last edited by a moderator: Feb 23, 2015

Already working on anew taxonomy based on this study and in-situ observations.

Also interesting is that the two gulf coast varieties of flavas are grouped differently then other flavas.

Koalie they're not grouped differently, they're grouped within S. flava.

Could you please kneecap whoever decided to use a fluorescent yellow in there. I assume by deduction that the yellow one is alata.

mcmcnair said:
Already working on anew taxonomy based on this study and in-situ observations.
Click to expand...

Jess mentioned today that you'd gotten in touch--great! Consider stopping by Athens at some point during your next voyage down south and we'll connect the dots in person.

I hate bugs. Carnivorous plants get me.

Yes, the yellow is alata. Here's the more eye-friendly version. 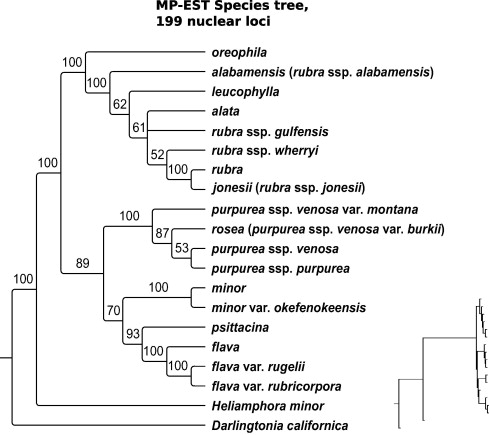 I was wrong. The 2012 Ellison paper has Darlingtonia at the base: 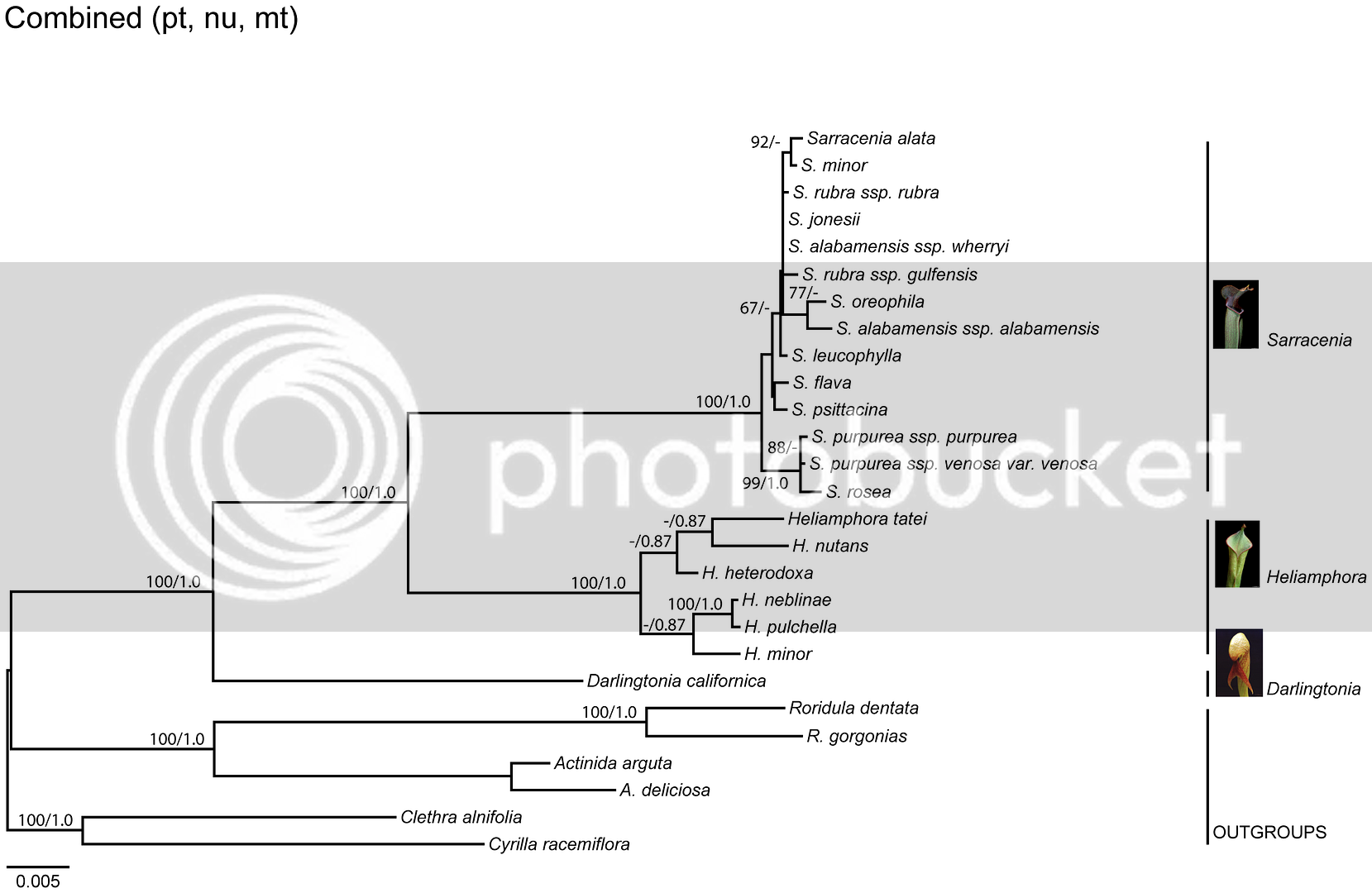 The thing with genetic studies is a lot depends on the genes or markers chosen to study and the algorithms used to analyze clustering or relatedness.

The author has given me permission to post a copy of the paper for all interested parties:
https://www.dropbox.com/s/kqp5kghr2q8r4fb/Stephens et. al. Sarracenia Paper.pdf?dl=0
Last edited: Feb 26, 2015
You must log in or register to reply here.

Documentary: Secrets of the Longleaf Pine

Reminiscenses of a Sarracenia grower