I recently got these plants as Drosera tomentosa var. glabrata. While I realize that they are still small, something doesn't look right to me. The lamina seem to be the wrong length and shape for D.tomentosa. Color also seems quite a bit off to me. The largest one is just starting to put up a flower scape and you can see hairs at it's base. The flowers will undoubtedly provide more of a clue once mature but unfortunately, this is I all I have to work with at this time. 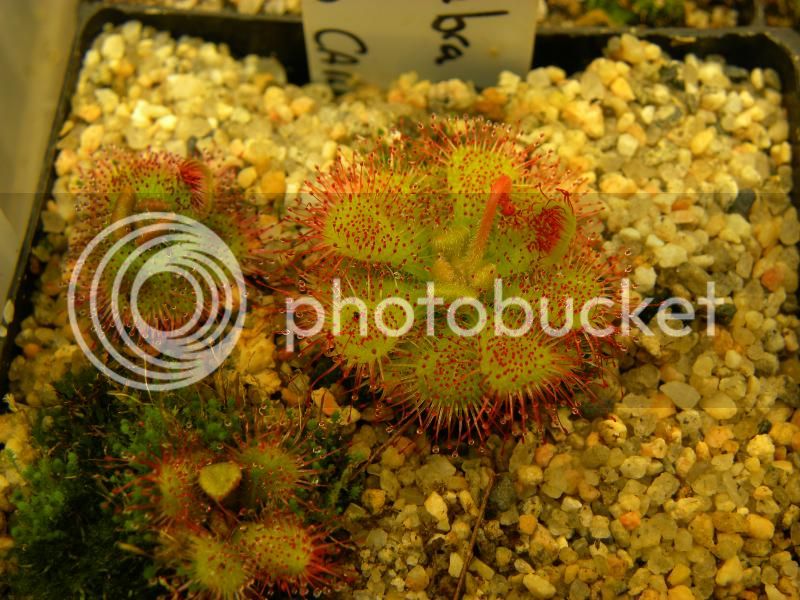 I won't reproduce the entire key but assuming that other species have been eliminated: 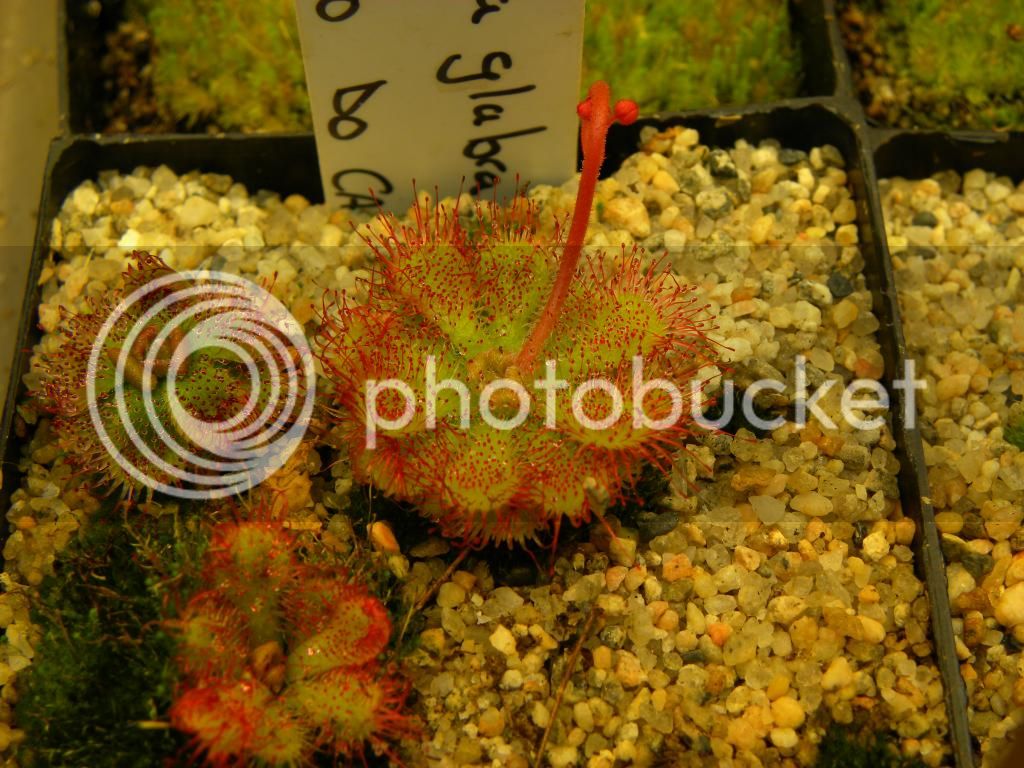