Hi everyone, I am starting to grow this genus again.

Seeds from seller A
Seeds were soaked in GA3 for 24 hours and sowed on peat/sand mix. Almost every seed of the five tropical species sown became mouldy and there was no germination.

Seeds from seller B
First batch was soaked in GA3 for 24 hours and sowed on peat/sand mix. Germination for filifolia was great, so-so for liniflora and rorida. None for guehoi and aquatica.

Second batch (with different location data) were bleached, then soaked in GA3 for 24 hours. Germination was great for rorida, so-so for guehoi and none for aquatica (did not sow filifolia this time).

Interestingly, almost all aquatica seeds turn mouldy regardless of the source! With or without bleach (used just to delay/kill the fungus), even though the onset of mould on the ones treated with bleach was later. I've sown fresh (a week old) aquatica seeds before and the germination rate is 100% but as soon as they have been stored in the fridge, it seems that the viability drops to almost zero very quickly. The other species seeds do keep much better.

Anyone has similar experience? Is there another way to sterilise the seeds? We only have the pharmaceutical grade of hydrogen peroxide here and it doesn't seem to help (I tried on VFT seeds). TIA!
Last edited: Apr 27, 2014

I've never been in structed to use GA3 for B. liniflora. The most prevalent approach being circulated is to prepare a 10% bleach solution and immerse the seeds in it until the 'purple dye' sloughs off. Then it gets tedious to remove and rinse the seeds. I use a coffee filter to rinse them.

My very first attempt to germinate them was when I was new to the hobby and I knew nothing about the plant. So I treated the 23 received seeds like a typical sundew - sprinkle on surface of slightly moist media and cover. At about 10 days they ALL began to germinate. And THEN I managed to kill most of them, shortly thereafter.

They do germinate without doing anything to them, when placed in moist media, in a terrarium setup, but not at a high rate. I wonder what they do in nature...

For what it's worth - I don't sterilize any seeds. Instead I germinate them on the surface of lfs that has a layer of grated lfs on the top. This seems to discourage fungus, usually long enough that the new seedlings can get established. I have only grown B. liniflora of the Byblis but this method works for me with most Drosera as well.
Last edited: Apr 28, 2014
A

I have germinated Linifolia seeds that where in my desk draw in an envelope for 3years by pouring them into my bog garden, pretty much every one came up, but they are local here, I have also tried this whilst back at uni (a drier climate) and very few came up, the temps/light/water/soil was all the same the humdity however was 30-40% less.

Interestly many at dads place grow (wild plants) from December/January through till October, but at uni (they also live there) they grow from March-july/August, but dads place is the wet tropics and Uni is much, much drier.

The tissue culture dabblers can probably give you some sterilization protocols.

Hydrogen Peroxide available over the counter in the US is commonly 3%. I dilute this anywhere from 2 to 1 to 4 to 1 when using it on my plants. You could try bleaching your media too.

A sulfur based fungicide may prevent "damping off" too.
Last edited: Apr 28, 2014

Thanks for all the input. I've decided to sow B. aquatica seeds from 2009 and 2012 and observe if mould grows on the seeds.

Warren and I both used the GA3 for the seeds you sent us. It worked with some degree of success.

The F2 generation of the B. guehoi × 'Goliath' hybrids seem to be a dud. They would germinate but only grow to 2-3 inches tall and just poop out at that point. I still have a few seeds left, perhaps I'll try them again now that the weather is warming up. I got excellent germination rates with the GA3 treatment.

I soaked B. aquatica (2009) and B. aquatica (2012) seeds in GA3 for 24 hours and 48 hours. Then, a portion of the seeds were sown on LFS and another portion were left in distilled water (since the species was observed to be growing in very wet conditions).

I am going to observe the ones on LFS but will move them into distilled water in a few days if germination still does not occur.

Congrats, Cindy. So - the gibberellic acid (GA3) treatment has made all the difference for the B. aquatica?

bluemax said:
Congrats, Cindy. So - the gibberellic acid (GA3) treatment has made all the difference for the B. aquatica?
Click to expand...

Hi Mark, nope...the freshness mattered as I used GA3 for all the seeds. And the ones in water only germinated a day or two earlier. 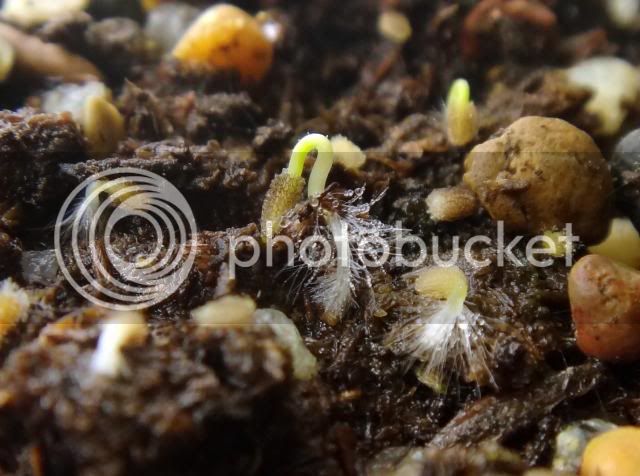 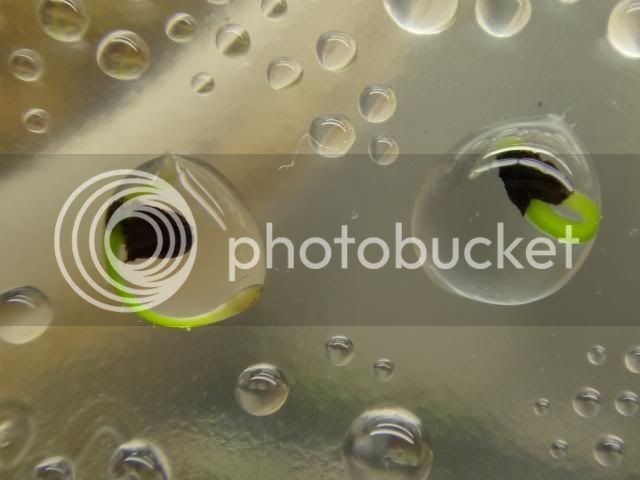 B. 'Pilbara' - the seeds are smaller than other species 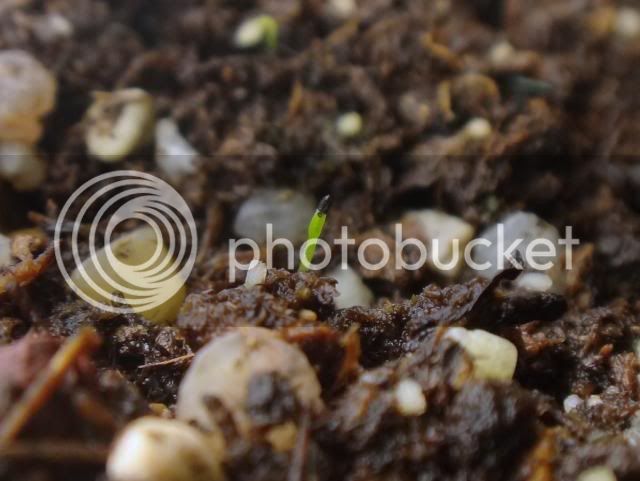 I agree with Jimscott!
You must log in or register to reply here.