It's been a while since I posted any bird pics and thought I would show some newer ones.

This is Hakuraikou (白雷光) in the last part of August 2010. His longest feathers were around 6' 9" there. The shorter ones are one year younger than the longer ones. He didn't get them in at the same time. 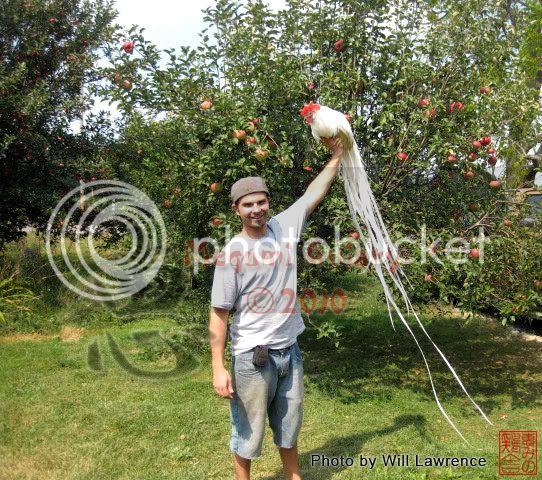 Shortly after that photo his tail was trimmed back to about one foot for breeding. He is now the father of 25 youngsters. A few have turned out to be a very special color; shojo tane (猩々種), the "orangutan variety". The color pattern was thought by most to have been extinct in these fowl since 1984, but it's back after only barely not being completely extinct! 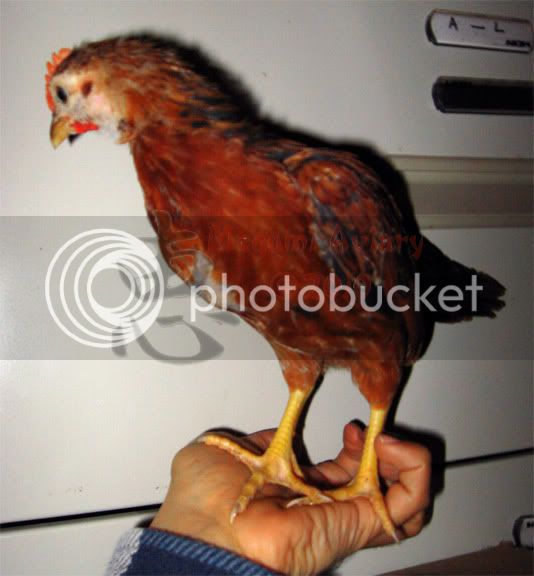 This is the mother, Chou-Akane (蝶茜). She was already named before I got her, but I like the name and kept it. She is a rare and precious gift I received late summer and am so thankful for. 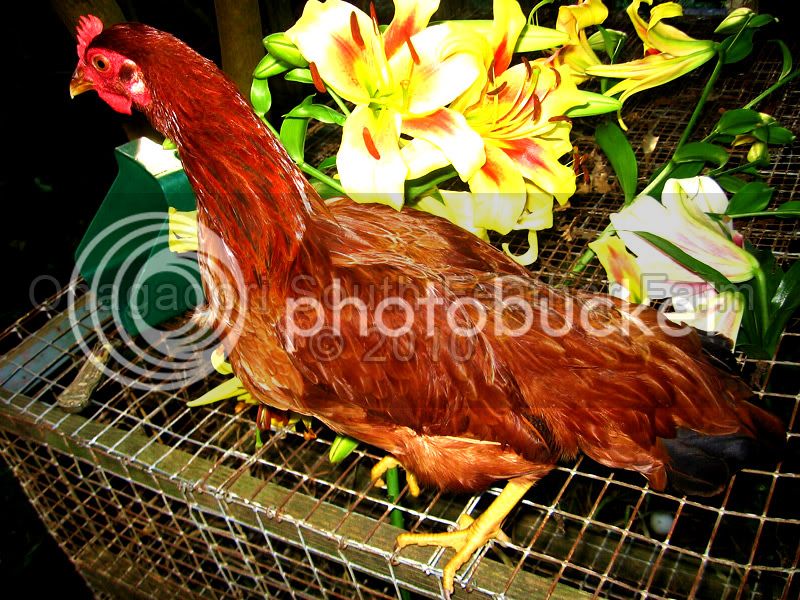 One of her older sons that's about three months old is already crowing as long as an adult and has a prominent inhale at the end. I think this hen is going to put the correct crow back into my line that was lost long before I acquired the birds.

Yes and no... These fowl are very complex creatures. "Fowl" sums them up better, because they aren't 100% chicken according to a mid 1990s UG Athens study and pre-Japanese-acquisition Chinese history. It's a common falsehood that they are part pheasant, but that isn't accurate either. The odd DNA in the mix comes from Gallus varius; neither a chicken nor a true pheasant despite being a member of Phasianidae.

Oooh nice. How do you keep them on your property - do they fly or no?

They can and do fly extremely well with controlled flight capabilities. However, they are more likely to fly towards you rather than away. Especially if they think you may have food. That said, they do not live outdoors. They've not been bred to be outdoor fowl for a very, very long time. They can not take cold weather either. They're quite tropical. So they live in a heated outbuilding.

They can't live outdoors, take cold weather, or even even eat corn; it's toxic to them, and they can fly like the wind. This is why I say they aren't really "chickens". Not as we usually think of them anyway.

That there is Virgil. Hes a fowl, not a chicken. 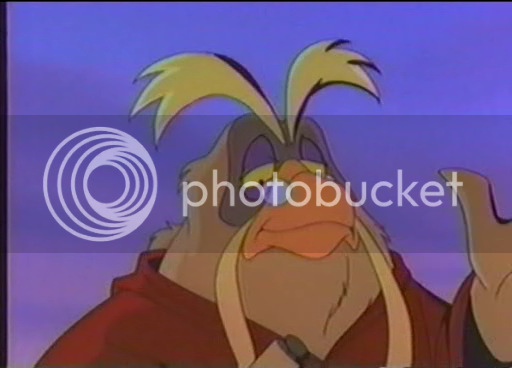 Virgil - Virgil is the last living Lemurian. The Lemurians either created or discovered the portals, and later created the key in order to access them. Having a bird-like appearance, the Lemurians valued knowledge above all else, and compiled the most extensive library the world has ever known. They were destroyed by SkullMaster in his quest for the key. Virgil is over ten thousand years old, and is very knowledgeable about both the past and future. However, the majority of his trust rests on his ancient texts, and he seems to lack compulsion. He is always serious, and is quite often frustrated by Max's carefree ways. It should be noted that Virgil was SkullMaster's Lemurian teacher, and he is often reminded of this fact.

I'd be willing to bet they taste like chicken! LOL

I'd love to raise some weird chickens if I had a yard. When I was a kid my uncle used to buy his meat at a small farm and they had all sorts of Asian chicken varieties running around. I loved hunting down the chickens and seeing how many varieties I could count while he was buying meat.

I don't think you'll have a chance to find out. lol I've already been given a four digit sum of $ in advance by another breeder for the first extra shojo colored bird I have available.

I've already been given a four digit sum of $ in advance
Click to expand...

That's nothing compared to what pures sell for. Mine are only 60-70% pure depending on the individual. No pures are known to exist in the US. In Europe, a good quality pair of pure fowl will fetch up to €30,000, or approx. $39,000. It's been said that you'd have to remortgage your house to get pures. Only recently did I learn of an exact figure. I won't be buying any anytime soon even if import was possible or feasible.

Lovely, lovely birds. I am envious!


I used to have bantam Cochins & silkies, then later standard silver-laced Wyandottes, until I moved. I miss my birds!!!

Years ago I had gotten this silkie hen from a friend. She was top exhibition quality. She had the vaulted skull, a very round body, and was full feathered from crest to toe, but she wouldn't lay for anything. 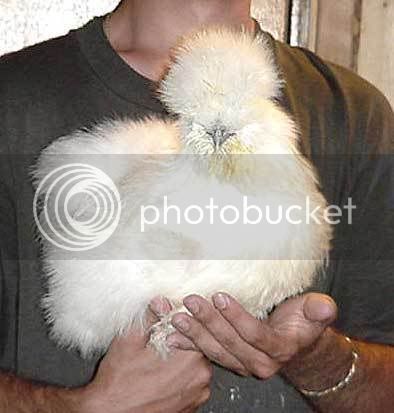 Shortly after I got a good quality male from another breeder, but they never had any offspring. She laid only one egg the whole three or four years I had her, but that's how a lot of show birds are. It's heck getting some of them to lay after their first batch of pullet eggs.


David
You must log in or register to reply here.

P
Would parson spiders be caught by venus fly traps?

A trip to Jeremiah's