Does anyone know the state of the Tarnok bog in MS?

I posted this in another forum, but I thought I'd post it here too.

My understanding is that both of the Tarnoks (of S. leucophylla 'Tarnok' fame) have passed. I was just wondering if anyone knew what has become of their bog.

This is what I found in a New Orleans florist's newsletter:

No, this isn’t a person, it’s one of the most fun flowers with which we work. Actually, it’s not even a flower, but the leaf of a flower. Saracena is native to this region, growing in marshy, bog type areas. These are fly-catchers which are considered an endangered species, but our supplier has an exemption because they are being cultivated as a commercial product. Some of you would recognize saracena as pitcher plants or frog bellies.

The story of how saracena came to be the exotic offering of this area which are shipped around the world is an interesting one. Early in the 20th century a Hungarian immigrant by the name of Sigmund Tarnok came to New Orleans to tend the gardens of prominent Uptowners. His work ethic paid off so that he was able to buy several hundred acres of land near Picayune, MS. He, and later his son, planted the land with all sorts of flowering trees and bushes. The son, Coleman, and his wife developed a thriving business over time growing field crops of Sweet William, tuberoses and white yarrow. Once a florist used their version of a flower, it was hard to go back to shipped in product.

Coleman worked till just before his death at age 86 . We have sorely missed him and his wonderful product. But we are now delighted that his daughter, Linda Tarnok Lord, is reviving the growing operation. Linda spent much of her life as the lead designer at Rohm’s.

We have been reveling in the return of saracena this Spring. And for Louise McGehee’s graduation we were delighted to use lush, fresh ligustrum garland just like Linda’s father did over the years.

We lost a couple of other local growers post-Katrina, so it’s so great to welcome back Linda and Nature’s Garden. The Fathers’ Day section of our website features saracena in some of the selections if you would like to check them out."

I live in driving distance to Carriere, Mississippi, which I believe is where they lived. It would be great to visit the property if possible.

Does anyone have any information on the Tarnoks or their property?
R

Thought I'd bump this in case someone missed it.
R

Update! I have been in contact with Pat Drackett at the Crosby Arboretum in Picayune, Mississippi, and she has been very helpful in finding more about Mr. Tarnok and his bog.

Here are some pictures! The older man in all of the pictures is Coleman Tarnok. The second two photos are of Mr. Tarnok's bog and are from the Times-Picayune newspaper. The first picture comes from the Picayune Item. Mr. Tarnok's property is reminiscent of Bob Hanrahan's Carnivorous Plantation. 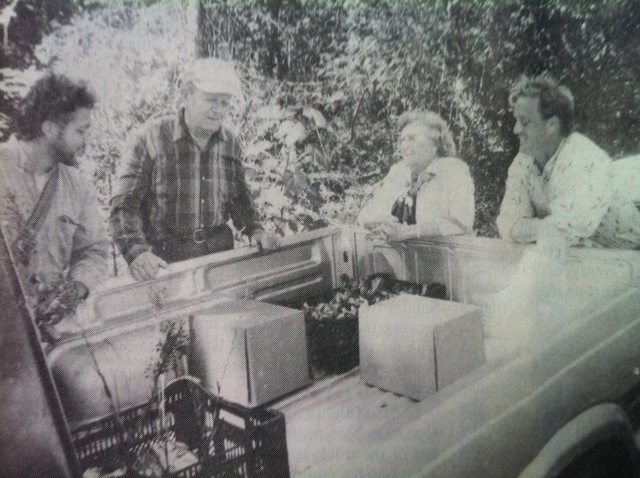 Only Sarracenia alata and Sarracenia psittacina are native to Pearl River County, Mississippi. If you look closely in the following photos, you can see S. alata and/or S. rubra. 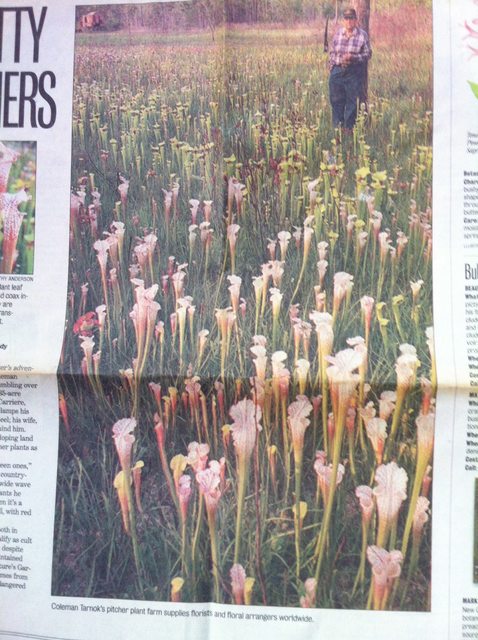 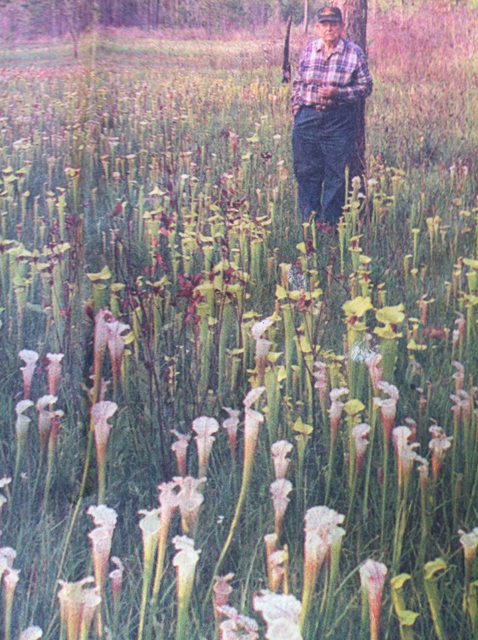 Took some nice pics of my nepenthes Garden

Carnivores in the Concrete Jungle
2

Lots of New Flytraps to Love!
2