Anyone have experience growing 'Akai Ryu'?

I picked one of these up recently, because I adored the way it looked (like a newly forming 'Royal Red' all the time).

But, after being put out in full sun, the green edges (margins?) of the traps either faded, or became dark red tinged with grey. I put them in a slightly shadier spot for the next leaf, and it had more green around it's edges than the last, but alas, that disappeared as well before the trap fully opened.

It basically looks like a bigger version of my 'Royal Red'...which is nice...but not what I bought, lol.

Anyone know the secret to good coloring on this cultivar? It seems the rule of "Give VFT's as much sun as you can stand" may not apply here.

I should clarify this has all been noticed over the course of a couple weeks. I realize the post makes it sound like it happened over a couple days, lol. I expected the existing traps to suffer, and was really only paying attention to new growth and how it fared as far as developing and retaining it's color.

I know some cultivars, like 'Dente' have cycles, where they'll grow normal cilia during the spring, and then ease into their trademark "teeth" in early summer and for the rest of the year.

'Akai Ryu' (aka Red Dragon; same plant) in my experience tends to make traps that are part red/part green during the middle of the growing season. Mid-summer traps also tend to be much more upright than the early and late ones, which are much more prostrate.

If you look at Bob's CPphotofinder page for Akai Ryu, you will see a staggering range of color variations for this clone. This is typically what my plants look like early in the growing season (not my plant, but a good example of how mine grows):

By August, the new traps are held aloft on longer petioles and are a blend of red with green margins.

Note what Bob says at the top of the page for the variety, stating that many plants in cultivation under this clonal name are in fact, not Akai Ryu. That would account for some of the supposed variation between specimens.
Last edited: Aug 28, 2014

Very informative, thank you. I think you managed to even answer a couple questions I hadn't asked yet, lol.

Zath said:
Very informative, thank you. I think you managed to even answer a couple questions I hadn't asked yet, lol.
Click to expand... 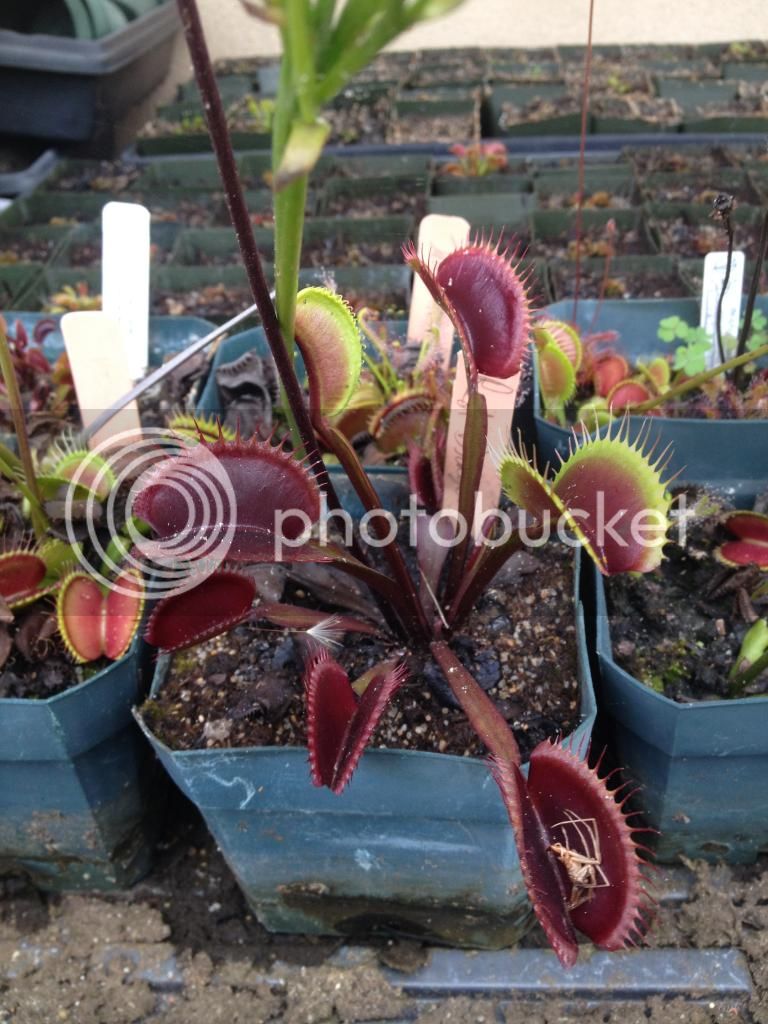 All of my 'Akai Ryu' plants look like the one Paul posted in early spring but by this point in the season, the petioles have lengthened and the plants have darkened like the one in Mach's pic. I've also found this cultivar (among others) to be a bit weaker than more standard Dionaea clones, particularly regarding hardiness during dormancy.

Cthulhu138 said:
I've also found this cultivar (among others) to be a bit weaker than more standard Dionaea clones, particularly regarding hardiness during dormancy.
Click to expand...

What exactly do you mean by that? In what way/s should it be babied or treated differently from the multitudes?

It's just not quite as vigorous or winter hardy as some of the other clones, at least not up here anyway. I've noticed this with many others as well though, it's not unique to this cultivar. Depending on how cold it gets near you, a little extra protection wouldn't hurt if you're keeping it outside for dormancy.

no clue. no harsh cold freezes here But it does appear to be less vigorous than Royal Red.

Agreed - not as robust or vigorous as other clones. Translation: rarely gets particularly large, nor especially full of traps like some, and it will likely take its sweet time getting to a good size. At least its not as slow and demure as 'Pink Venus' - a very pretty reddish-purplish clone, which also tends to stay small and takes a long time building to a good size. 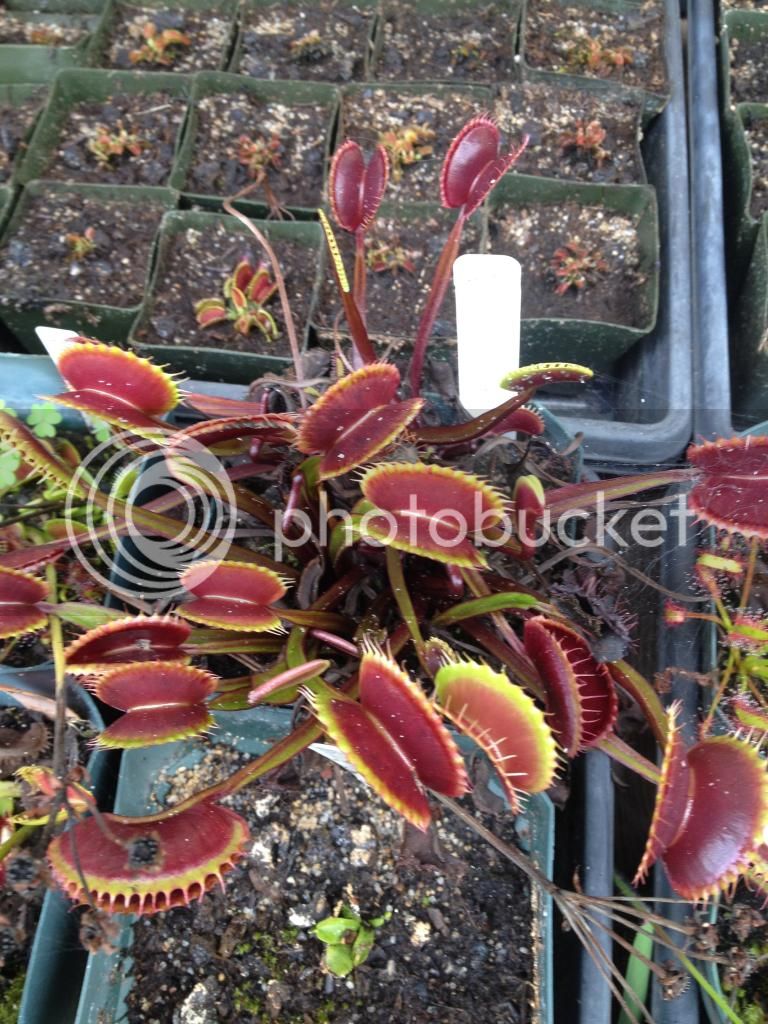 Thanks so much for the input guys. Now I feel kind of lucky that I received such a large specimen (bigger than the rest in dia., second in trap-size). Hopefully I'll have no problems with dormancy, as I'm not leaving them out out.

Here's mine...photo taken last December. Grown under T5s in lowland conditions. Just yesterday, the plants got out of 3 months+ of fridge dormancy. 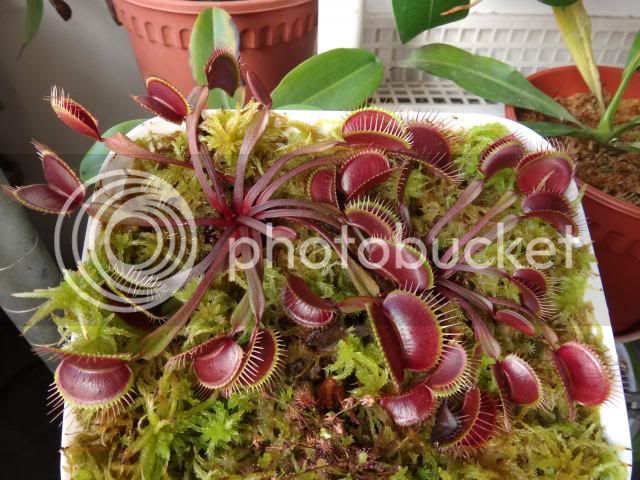 I'm getting an Akai Ryu today! It'll be coming in the mail soon

Cindy, it is just incredible that you can get such beastly fly traps in your part of the world. Just goes to show the fridge method really works.
You must log in or register to reply here.

(PAID) (Replantation $50) Select Solid Red - A Calen Hall interstate atro that you need to have!