A little farther then most of you .... CP in a Valley

Fascinated by CP, now retired and unable to roam the world, I finally gave way to my passion.
I own several Dionea, Saracenea, Drosera for me is only Alicia.... and I will get my hand on any strange plant I see on sale

That keeps me occupied for long hours, and that's not so bad at all !

Welcome to TF, AlainCh2! I found myself in a similar situation some years back having finished with my far-roaming and settling into a specific area. You might find yourself to be a carnivorous plant magnet in the months to come.

Welcome! I bet you have access to some beautiful winter landscapes.
S 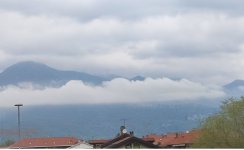 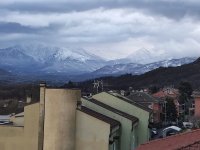 From my South balcony 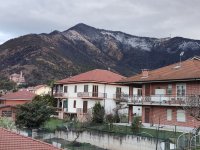 It looks beautiful. Is there still snow on the mountains in the summer?

JoeG said:
It looks beautiful. Is there still snow on the mountains in the summer?
Click to expand...

Only Monviso and MontBlanc reach 4k and have still a glacier.
Years ago most of this mountain kept having snow and a glacier in August.

I worked for 3 years as a volunteer when I was 18-21 on the refuges at the Rocciamelone valley's side.
Rocciamelone mountain top ... is a pilgrimage mete !!
at 3540mt there is a church, it is sited on the left of the green dot > in this picture taken from the MontCenis side there was a HUGE Glacier but not anymore..
That was on the other side from where we worked> at little down on the right of the yellow dot.

>>you'll see images in the video 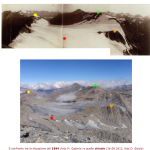 The low refuge "la Riposa" is at 2.000 and the middle one at 2.500 where we worked is called "Ca' d'Asti" on the side of Ca' d'Asti were was a small glacier we used that as a source o water for concrete.
In the video, you can see what we young people of the valley were able to achieve. We started from scratch or WW2 ruins and all we had was a military tent and the tools we brought from home.
Later on it was a little more organized and economically founded..

... and to wash your face in the morning you had to break the ice 2-3cm thick >1inch< in the rain barrels.

Thank you so much. The pictures and the video are beautiful.

Wow. Nice views. Hello and welcome
You must log in or register to reply here.

A year in review