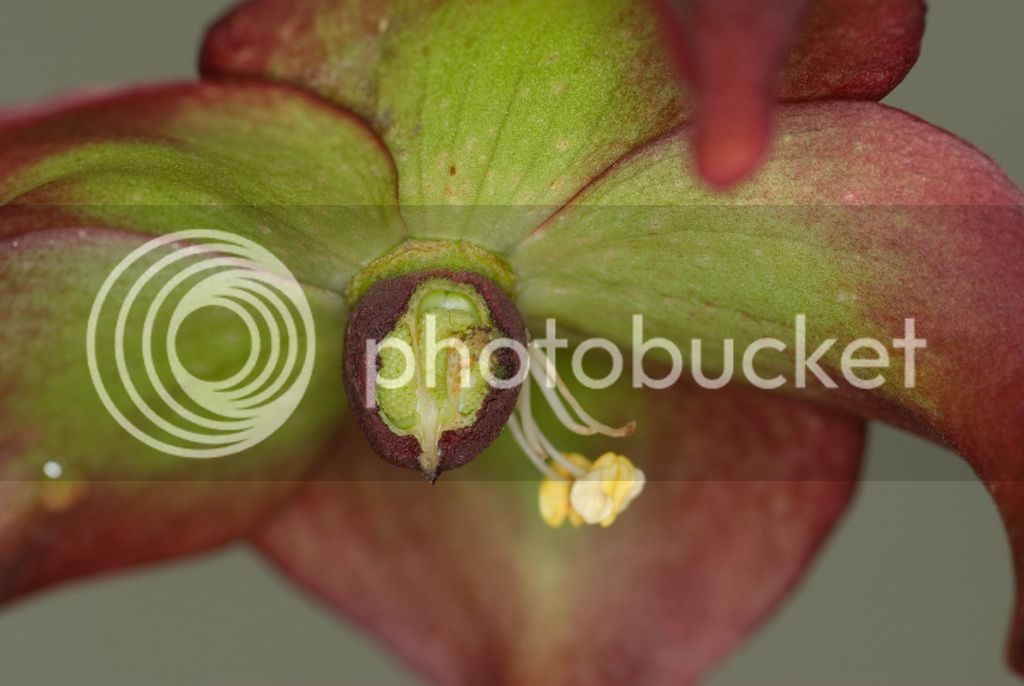 S. alabamensis that I had crossed with S. leucophylla Hurricane Creek, AL 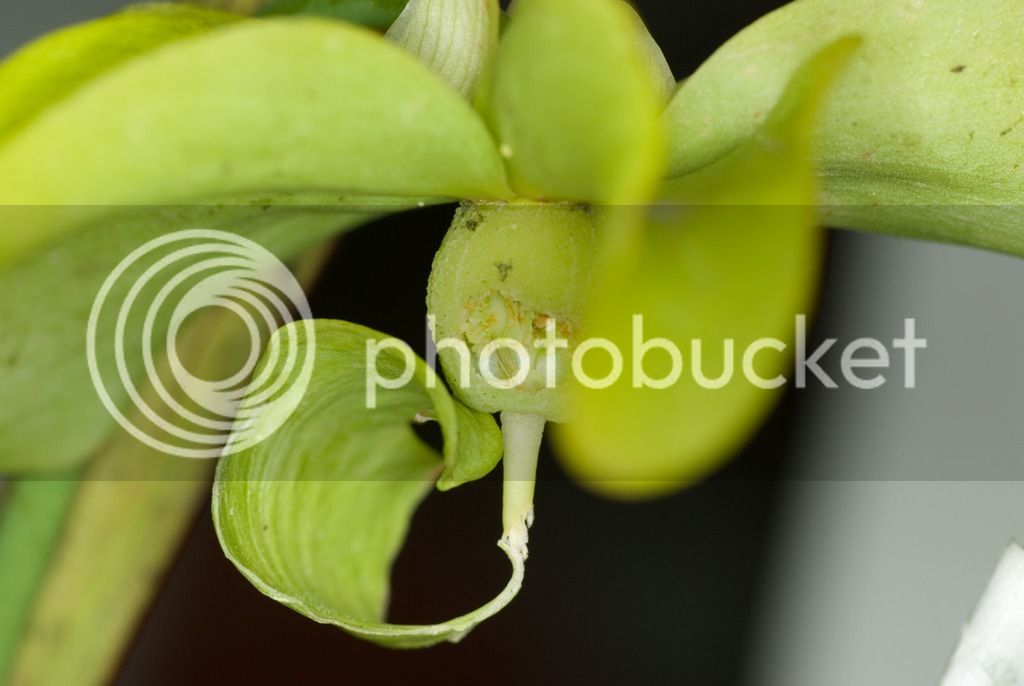 Not sure, probably S. alabamensis open pollinated. Was knocked off (either by wind mostly likely by birds) and found on ground. 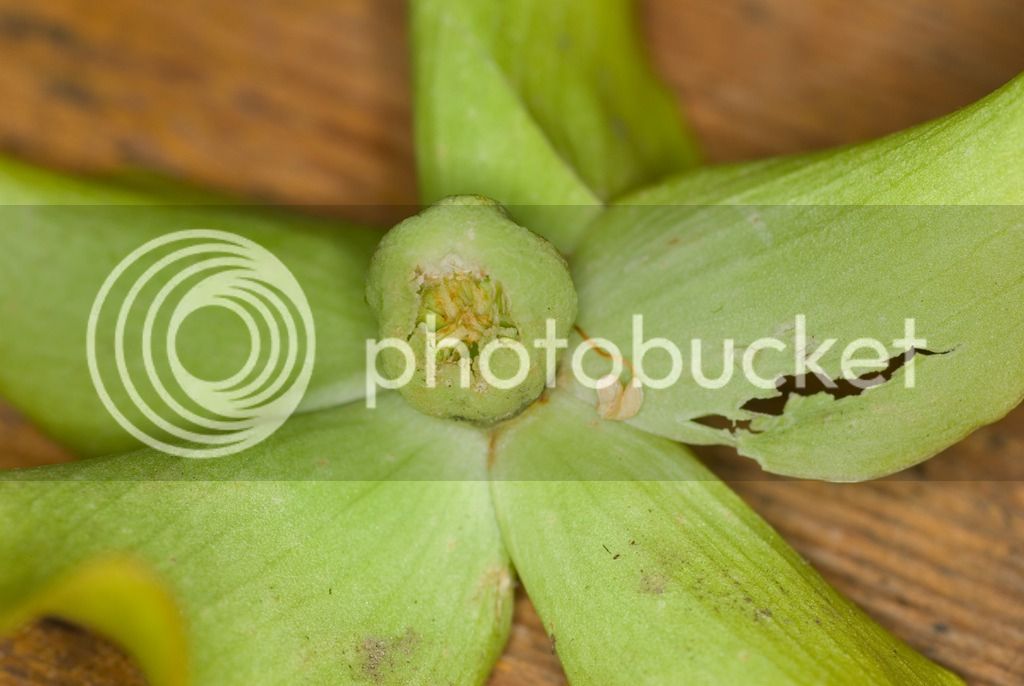 The culprit found in the S. leucophylla flower - larva and pupa - possibly Light Brown Apple Moth. Specimens are live at the moment in a small container. Photos sent to the curator of the Insect Collection at the Los Angeles County Museum of Natural History. 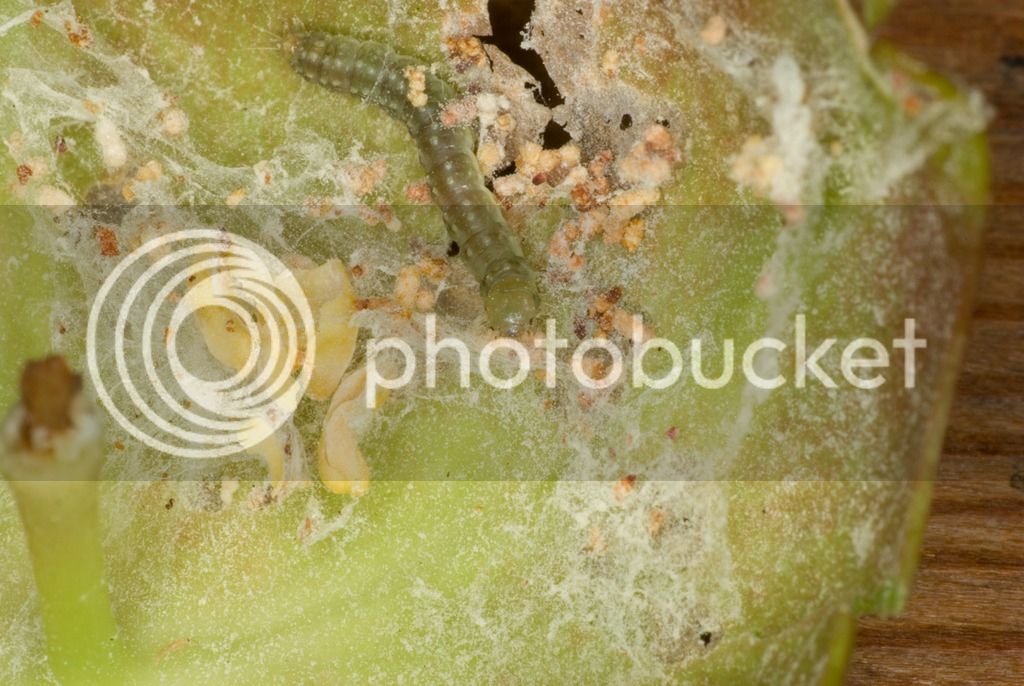 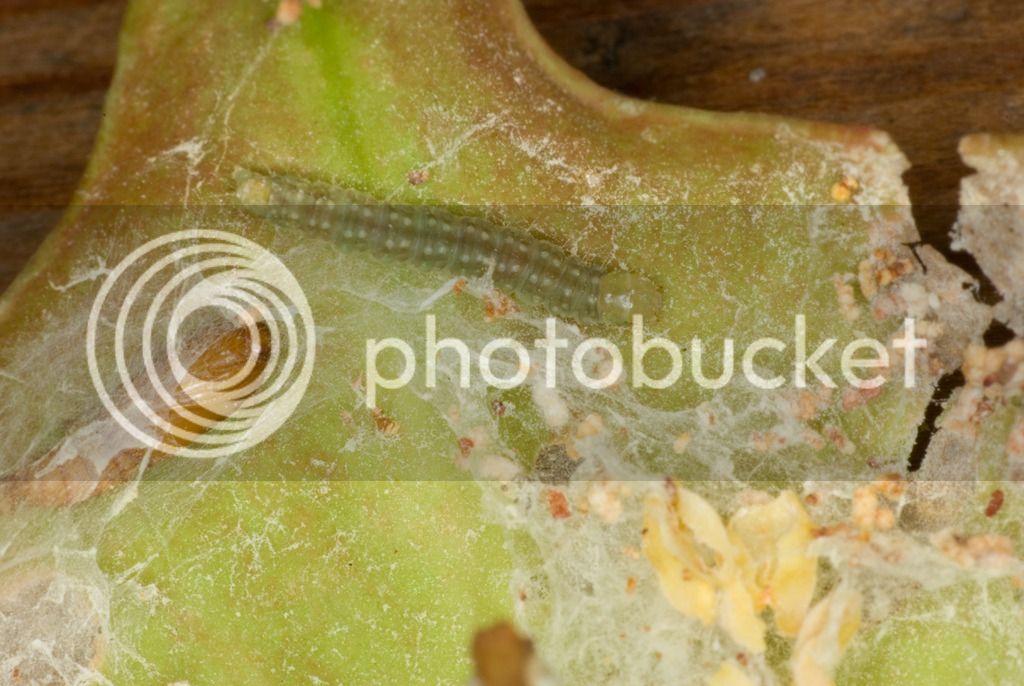 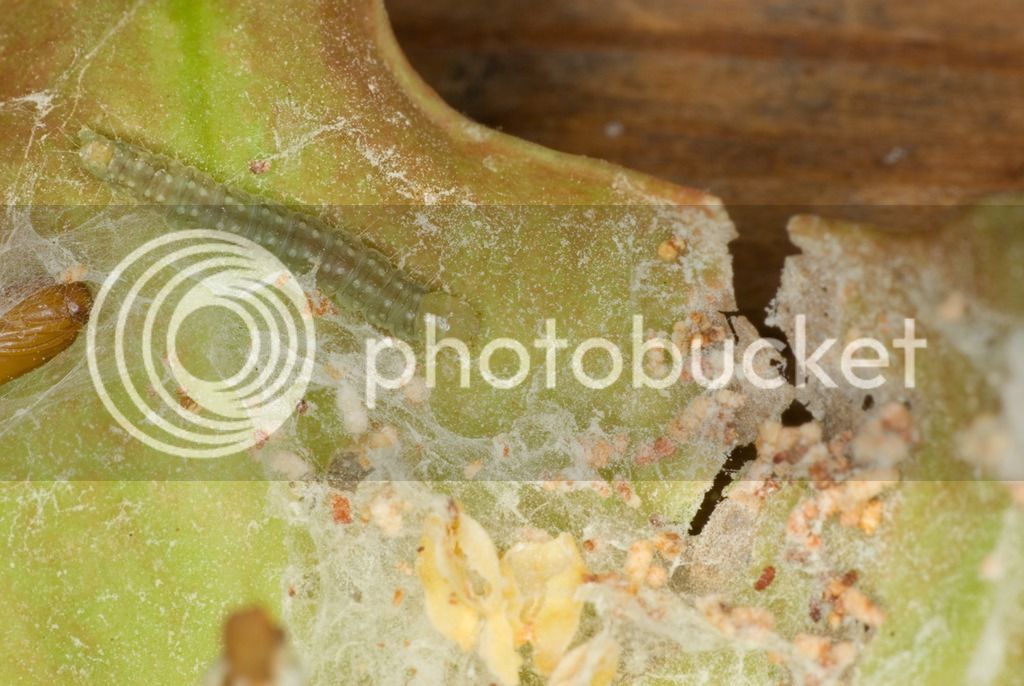 These larva will also eat Drosera. I often find silk tents at the base of Drosera covering a part of the surface of the media. There will be a tunnel where the larvae hang out in. Similar in appearance to funnel spider web.

Thats a bummer that they ate the flowers. cool caterpillars though. 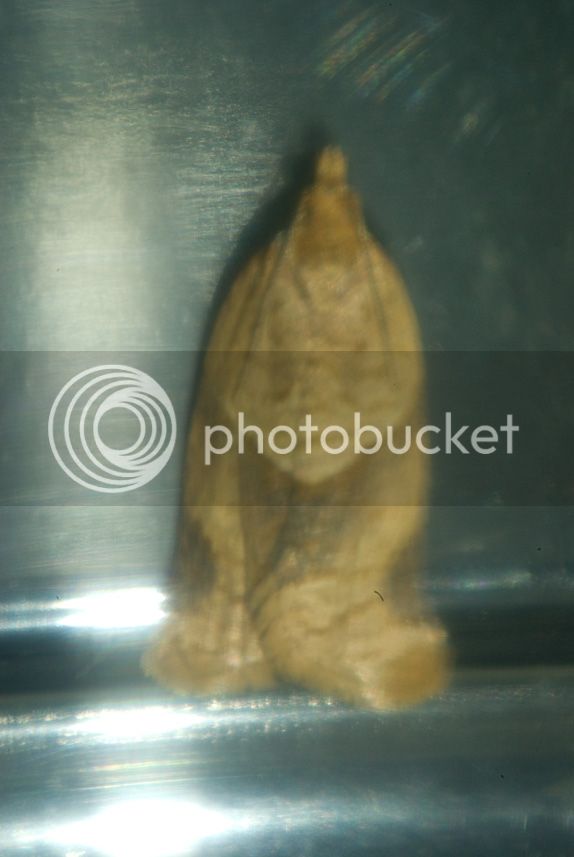 If you know for certain that they eat Drosera, and you grow Drosera, why are they live in a container?

I found a similar-looking caterpillar burrowed into one of my flower buds this past week. I suspect it's the same pest that made two of my other flower buds mysteriously disappear and possibly the same one who has been chewing the lids off unopened pitchers...

SubRosa said:
If you know for certain that they eat Drosera, and you grow Drosera, why are they live in a container?
Click to expand...

Also look up the word "specimen" and you'll have your answer.

http://www.merriam-webster.com/dictionary/live
Meriam-Webster online Dictionary
Live
verb \ˈliv\ (short i - rhymes with give)
: to be alive
: to continue to be alive
: to have a home in a specified place
Origin of LIVE
Middle English, from Old English libban; akin to Old High German lebēn to live
First Known Use: before 12th century
Synonyms
abide, dwell, reside

Live
adjective \ˈlīv\ (long i - rhymes with drive)
: having life : living or alive
: not imaginary : actually existing
: done in front of an audience : of or involving a play, concert, etc., that is performed in front of people

Origin of LIVE
short for alive
First Known Use: 1542
Related to LIVE

http://www.merriam-webster.com/dictionary/specimen
specimen
noun spec·i·men \ˈspes-mən, ˈspe-sə-\
: something (such as an animal or plant) collected as an example of a particular kind of thing
: a small amount or piece of something that can be tested or examined
: a notable example of something

By the way the Natural History Museum forwarded my email to the California Department of Food and Agriculture Pest Diagnostic Laboratory. The Senior Insect Biosystematist, Lepidoptera requested that I try to raise the pupa to an adult and send the adult to him for positive identification.

Now that's an odd response when he just repeated the meaning of what you said.

Sorry, I misread his statement, but the section on "specimen" still applies.

Interesting that they've asked you to raise it. Do you have some sacrificial Sarracenia flowers spare?

Often easier to ID as adult. Vs counting hairs on the larva's butt. But concur with tentative ID.

fredg said:
Interesting that they've asked you to raise it. Do you have some sacrificial Sarracenia flowers spare?
Click to expand...

Pupae don't eat (other than the stores in their body). The larva appears to be pupating also, and yes I do have many flowers I can feed it.

He did say "it certainly looks like it could be LBAM" but"there are several other leaf-roller (Tortricidae) that they could be"
Last edited: May 9, 2015

More munching... though perhaps not by insects. One of the pitchers was bend in half but snapped back when I straightened it out. Birds perhaps or squirrels? Going after the insects in the traps? People around here feed peanuts to the jays which in turn bury them in my pots. They've dug up a few Sarracenia jonesii seedlings (dried out and dead), a S. minor and my newest VFT acquisition. 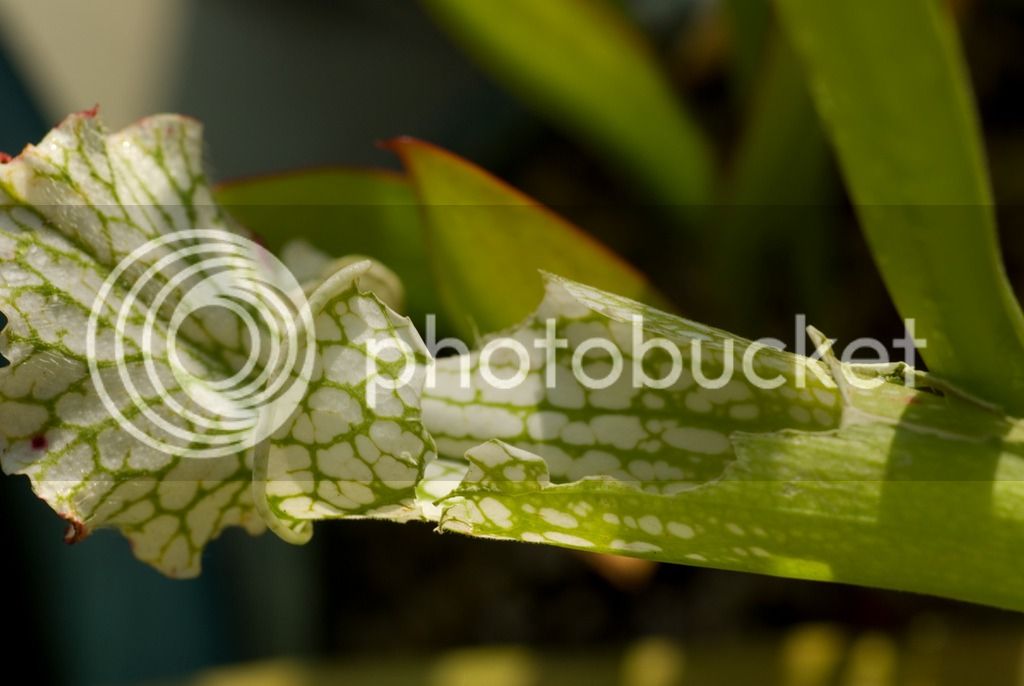 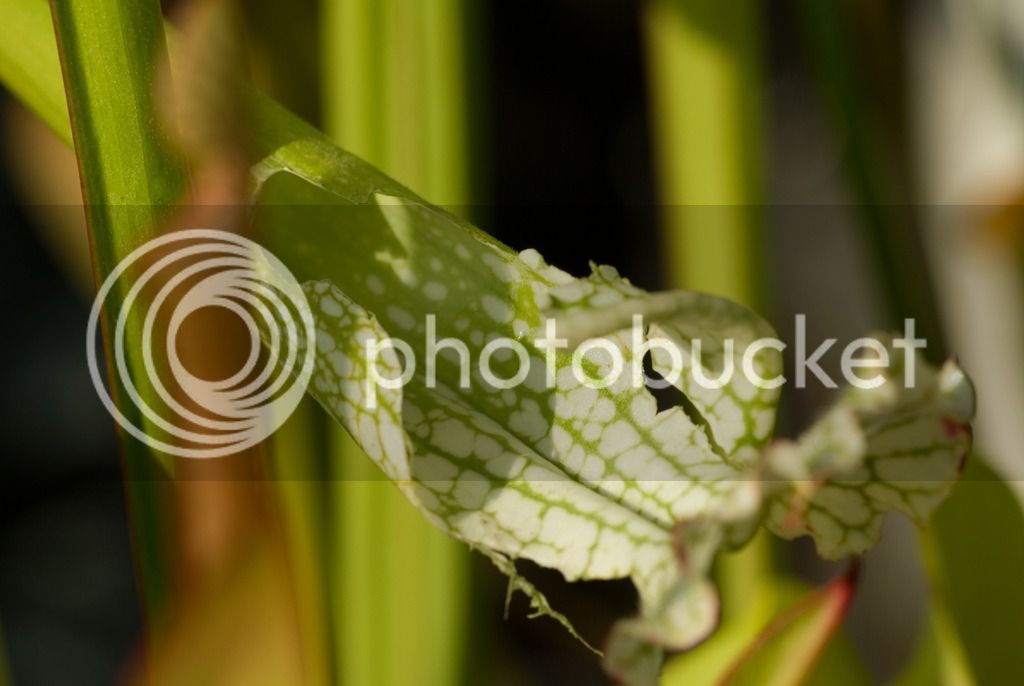 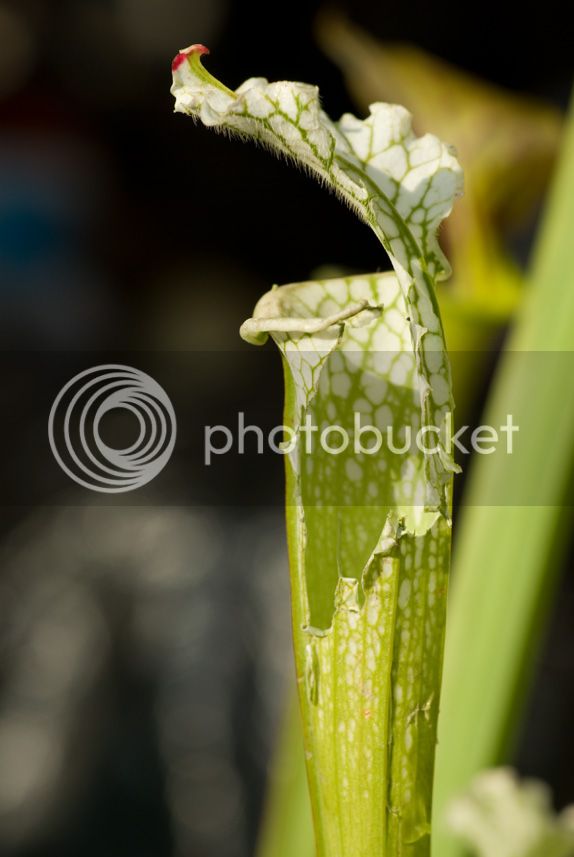 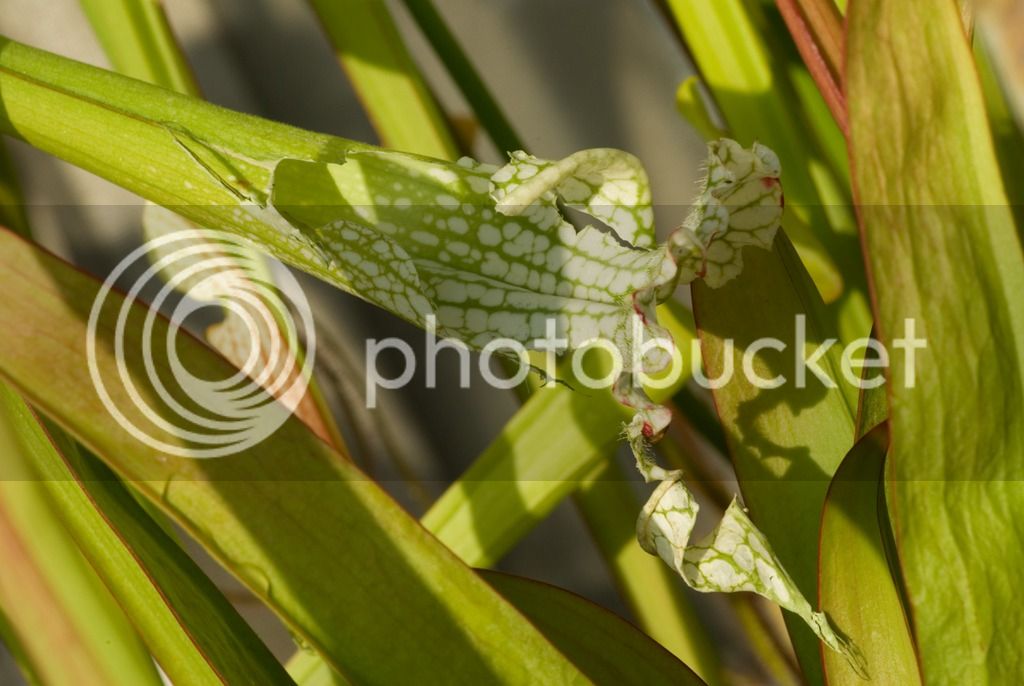 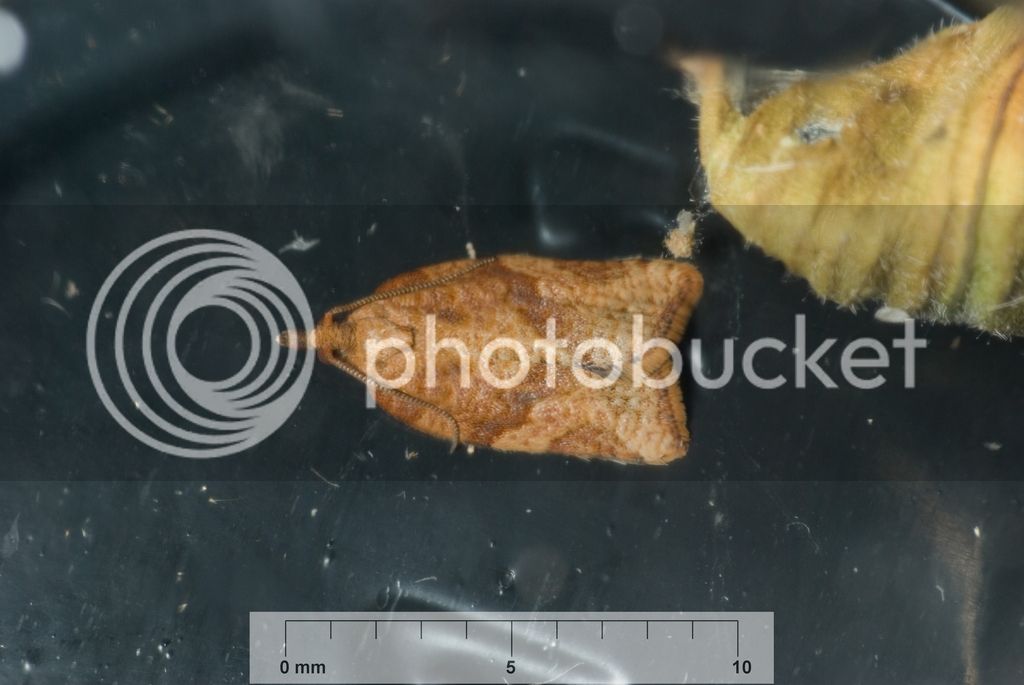 Two hybrids in the fall