These are pics of some of the Neps I got from the group purchase that was debated on this forum several weeks ago. 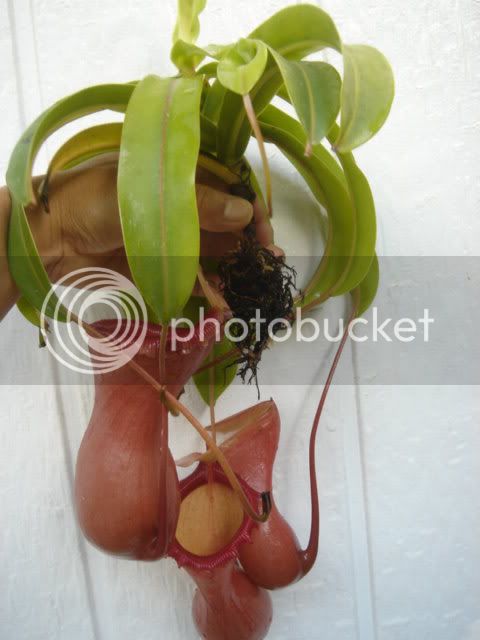 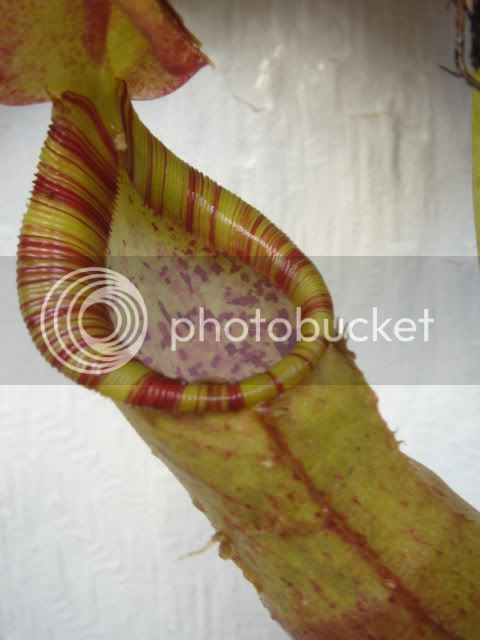 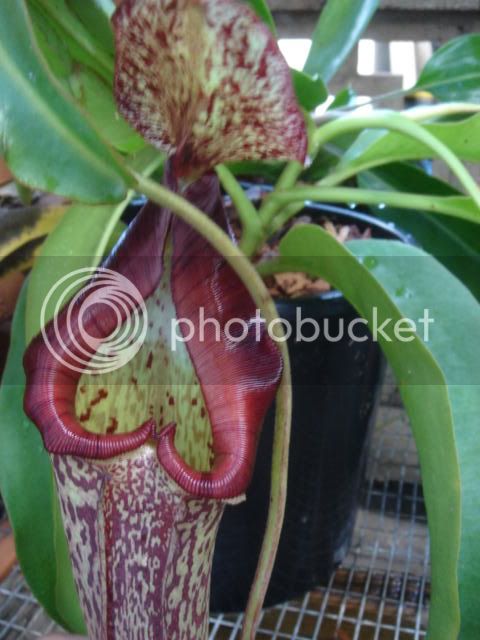 Yep, you were definitely ripped off. Just shows a person can't trust anyone these days.

Well excuse the moderators for caring about the members and warning them of a potentially bad situation. We never said nobody could place an order. The mods consider most of the members here friends. I don't think it would have been very friendly if we had some info on a situation and kept it to ourselves.

Right Ozzy! you can never be to careful. im not being sarcastic with that. Beautiful neps by the way

Nice plants!~ I dont get wat u meen that he got ripped off!
D

Those plants look nice to me. I'm not a nepenthes expert but they look healthy and big.

I was referring to the sarcasm in the above post about a statement that was made by the mods to warn the members about the negative trade history of the organizer of the this trade.

my god does no one understad sarcasm anymore?
P

nope...i just edited my post cause i just got it

Nice plants. I maybe interested if another group order goes down.
N

Were these plants from Exotica plants? If so then shame on anyone hoo says that they are bad dealers. They are the best Ive ever seen!

No, I've never delt with them and I have nothing to say about them. I was talking about the person that arranged the order. He has had some negetive trade situations here.

My sarcasm wasn't directed at moderators; it was directed at people afraid to risk some money in a group purchase or afraid to risk plants in a trade.  It isn't common among this group, but there are lots of plant enthusiasts who won't trade because of paranoia about the occasional bad trade or ripoff.  Plenty of orchid traders won't ship a plant until they receive the other and I don't know what happens if two of them are trying to trade with each other.  Maybe after a few weeks of not receiving anything they attribute it to yet another bad trader and get even more paranoid.

[b said:
Quote[/b] ]Plenty of orchid traders won't ship a plant until they receive the other and I don't know what happens if two of them are trying to trade with each other. Maybe after a few weeks of not receiving anything they attribute it to yet another bad trader and get even more paranoid.
Click to expand...

LMAO That would be nice, but there is one things about orchids that is a little different in the equation. There are not (to my knowledge) peaple out there trying to keep a monopoly on the orchids like there are with some of the rare CPs. Also orchid people (with exception of some) are trying their hardest to reproduce things invetro to supply the demand and not simply rip them from the wild. Plus orchids produce ALOT of seed. Also many folks pay the big bucks for the awarded plants or stud plants not just any plant. So the mentality of orchid growers are a little fidderent I think than the big CP growers trying to maintain the monopoly. I think its a Joke for someone to ask you to sign an agreement not to destribute plant material aquired from him. As far as I know I haven't heard about that happening with orchids. In fact Phrag Kovichii(sp) is being shipped in by the flask full. Granted they are expencive, because tey are still new, but the more plants grown the more plants out there the lower the price. Unlike some folks who try to keep the number of plants know and preventing redistibution so they can still charge the outragous prices. I hope that all changes soon, because that isn't right. I'm not saying he shouldn't make money on his plants, but don't get rediculous with it like some have and ask people not to redistibute.

Also Ozzy there are many folk who do give away like Tamlin in the orchid world. I have recieved many a NICE orchid from other growers when I first got started. In fact I just recived about 10+ plants from a friend in my OS.
You must log in or register to reply here.

I guess I'm back?

L
Will this work?