Some pics taken today. My previous tank was acropora dominant. That has been my primary interest in the hobby. In a perfect world I would have a tank comprised of 100% acropora corals top to bottom side to side. Sadly the world isn't perfect. Despite all of my measurable parameters, lighting, flow, and care being spot on and stable, acropora fail to survive in this tank. I have no earthly idea why. Every stone has been overturned hypothetically speaking. I've about given up on them overall though. Montipora seem to really flourish though. Enjoy 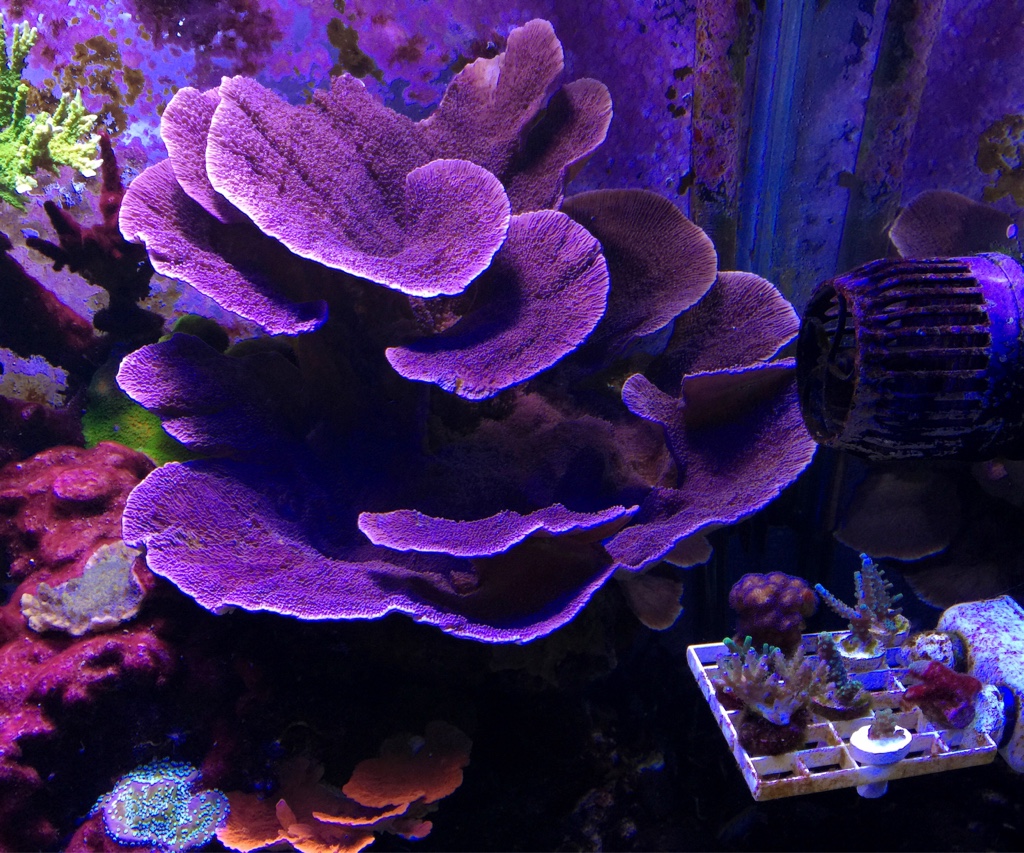 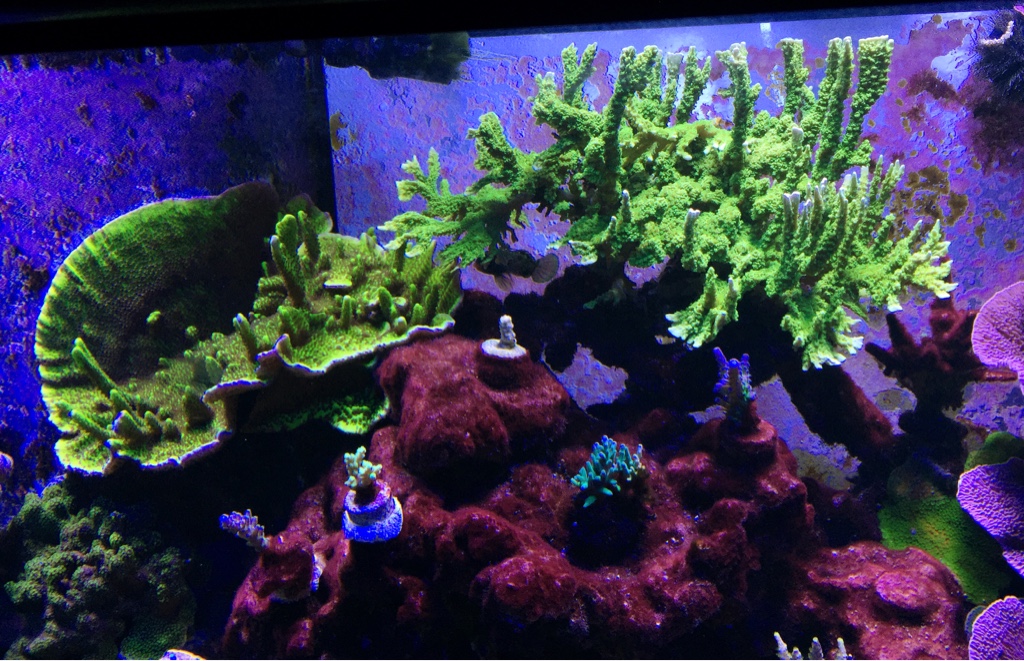 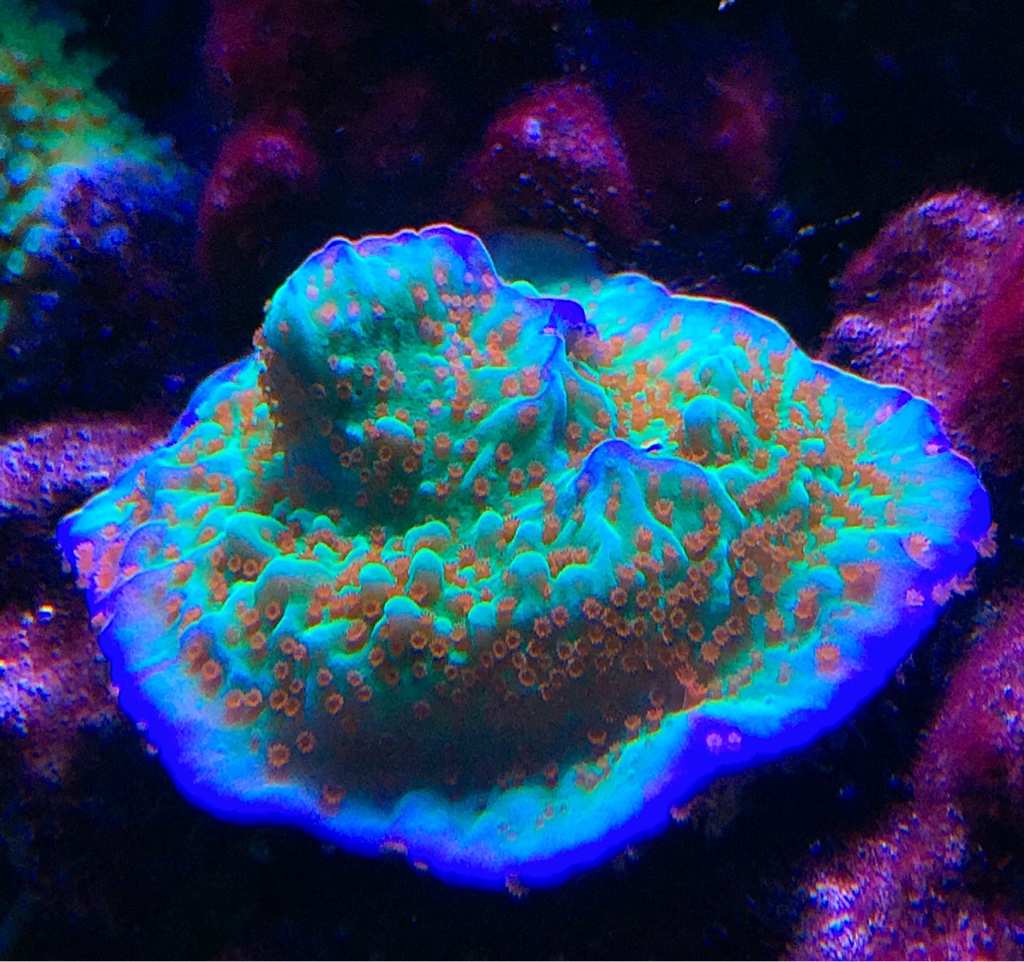 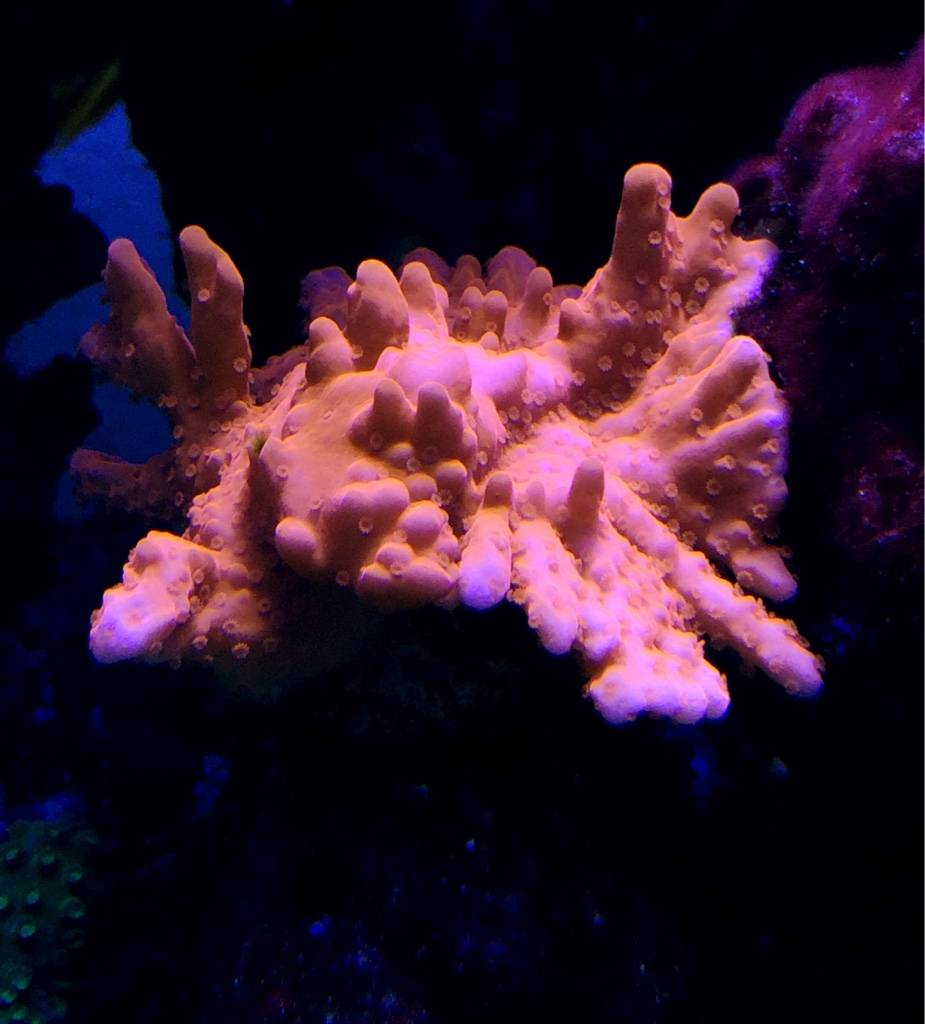 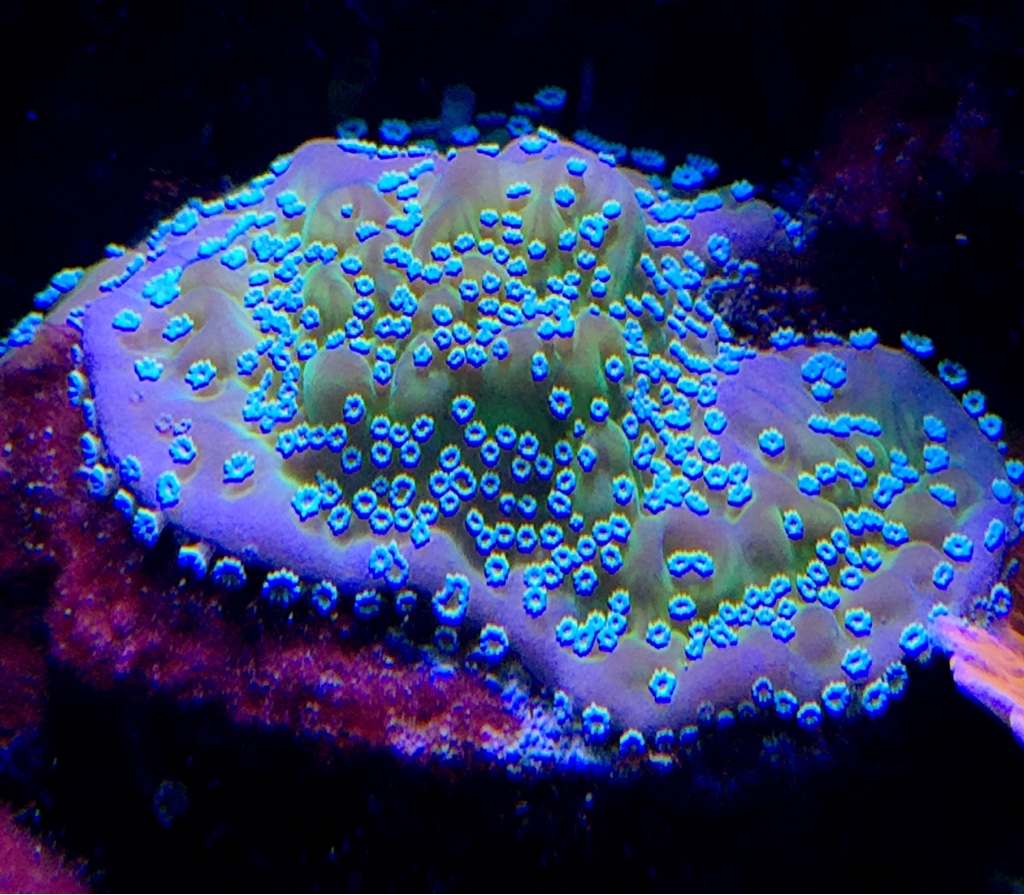 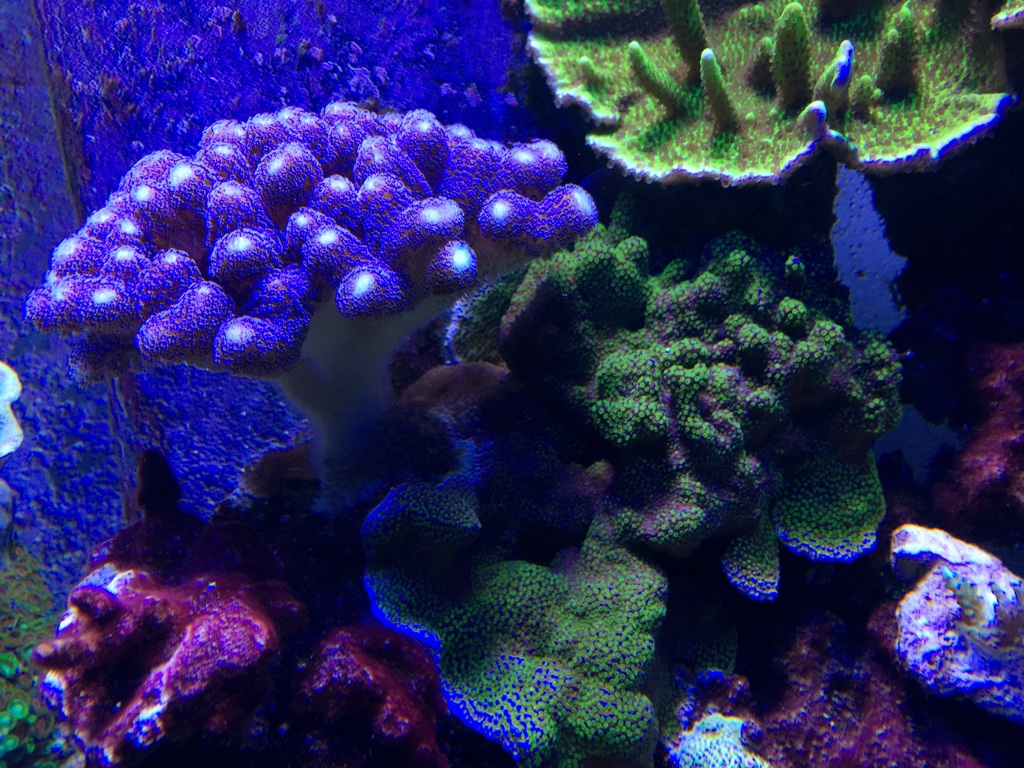 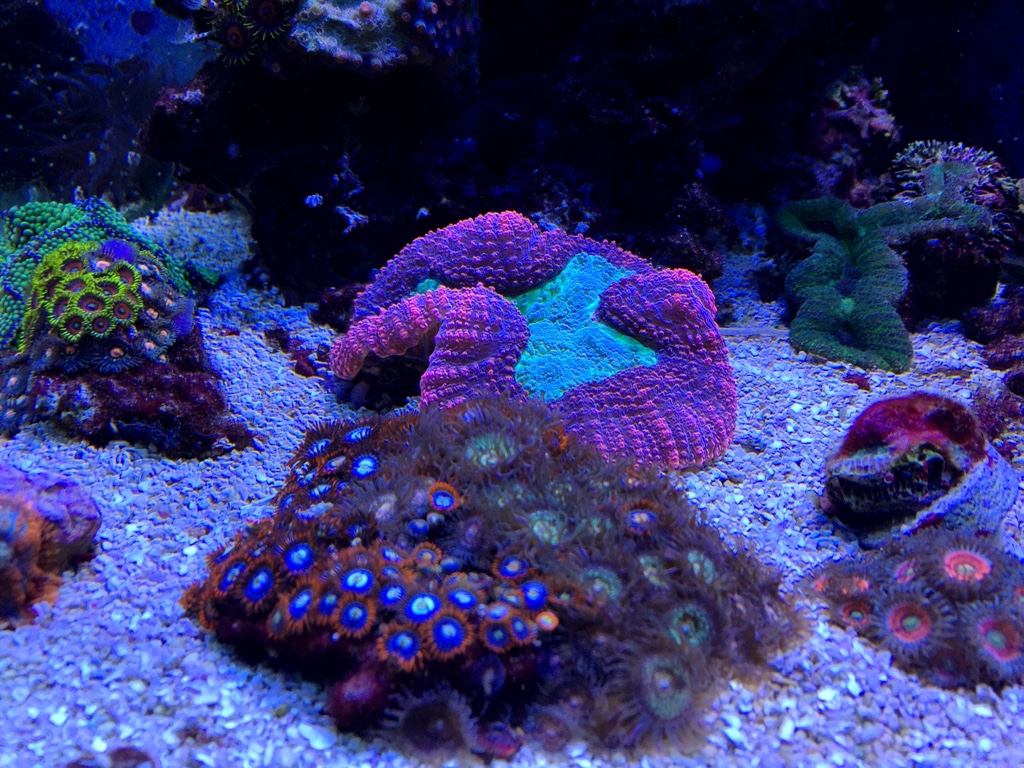 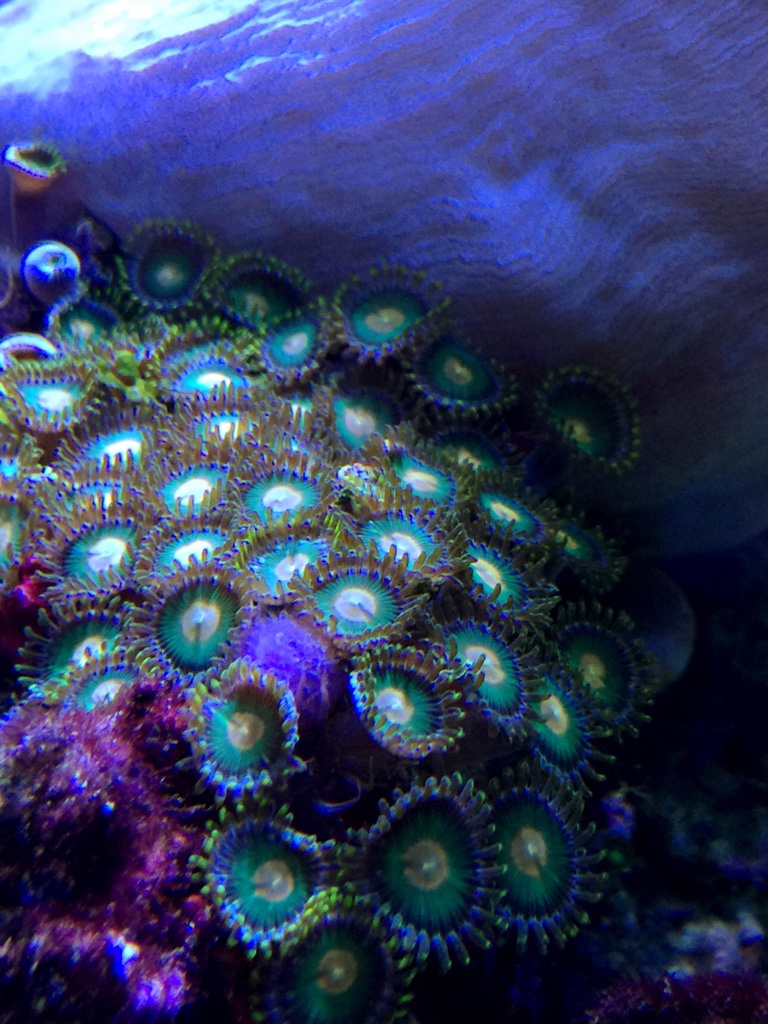 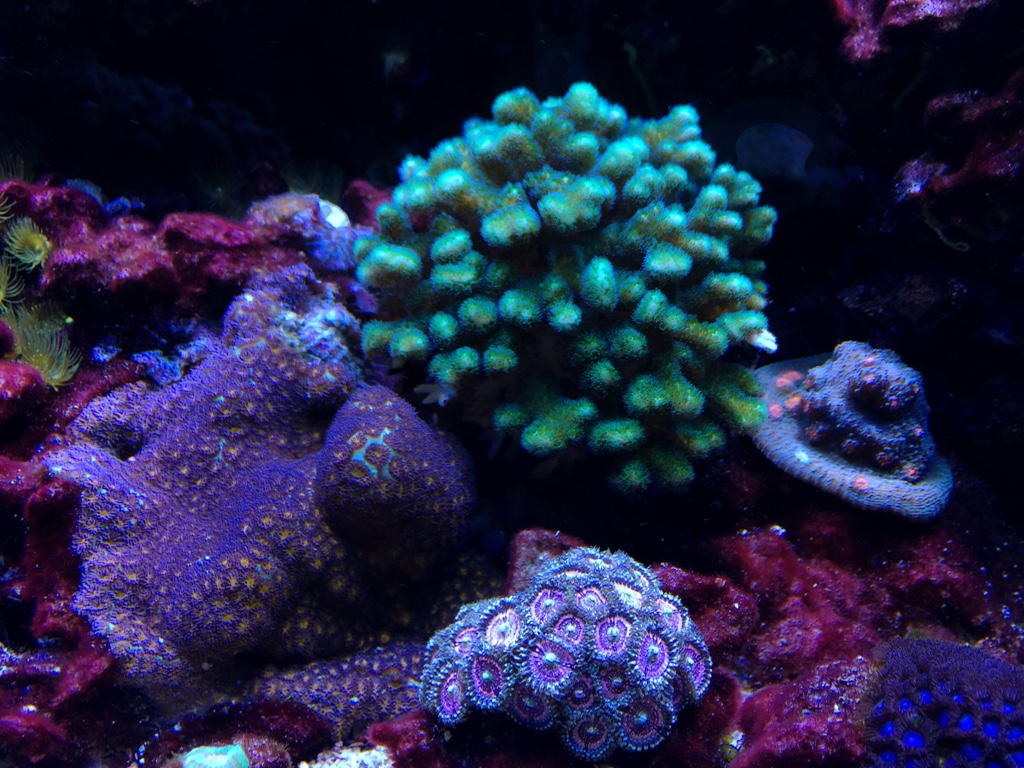 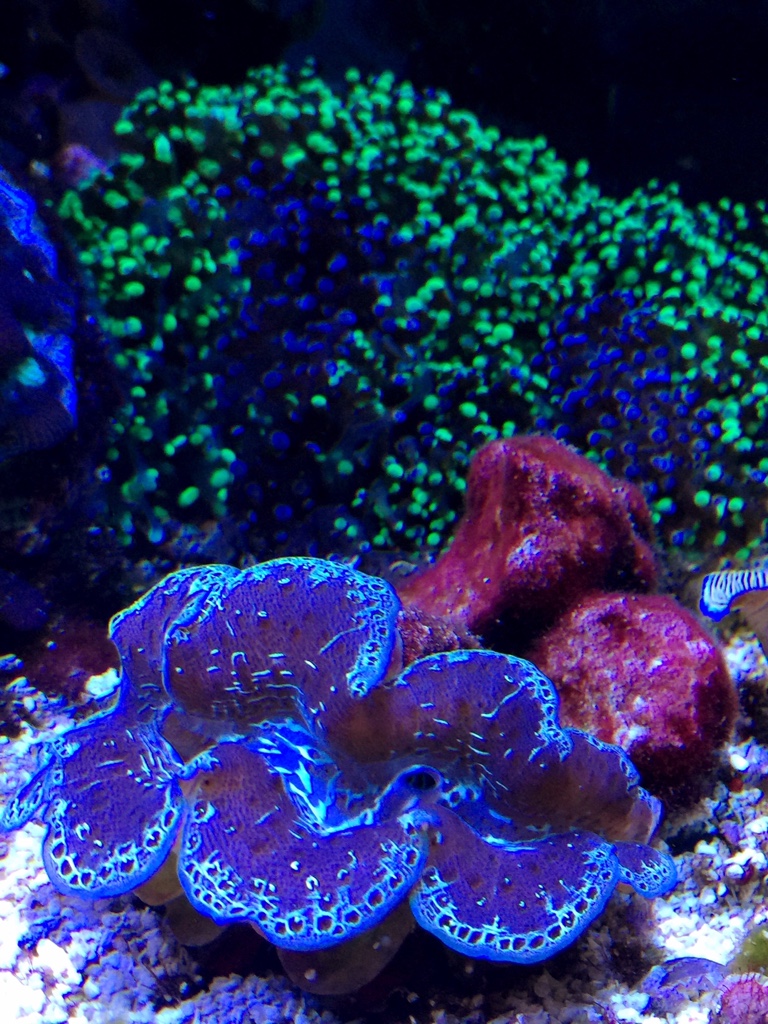 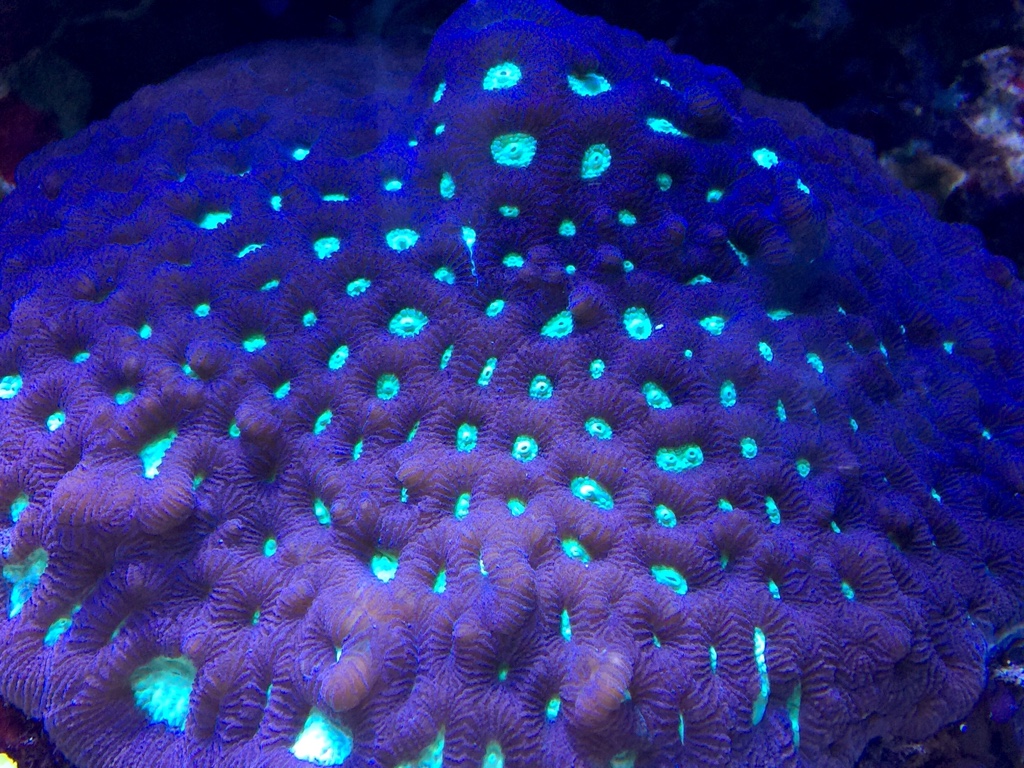 Sent from my iPhone using Tapatalk
B 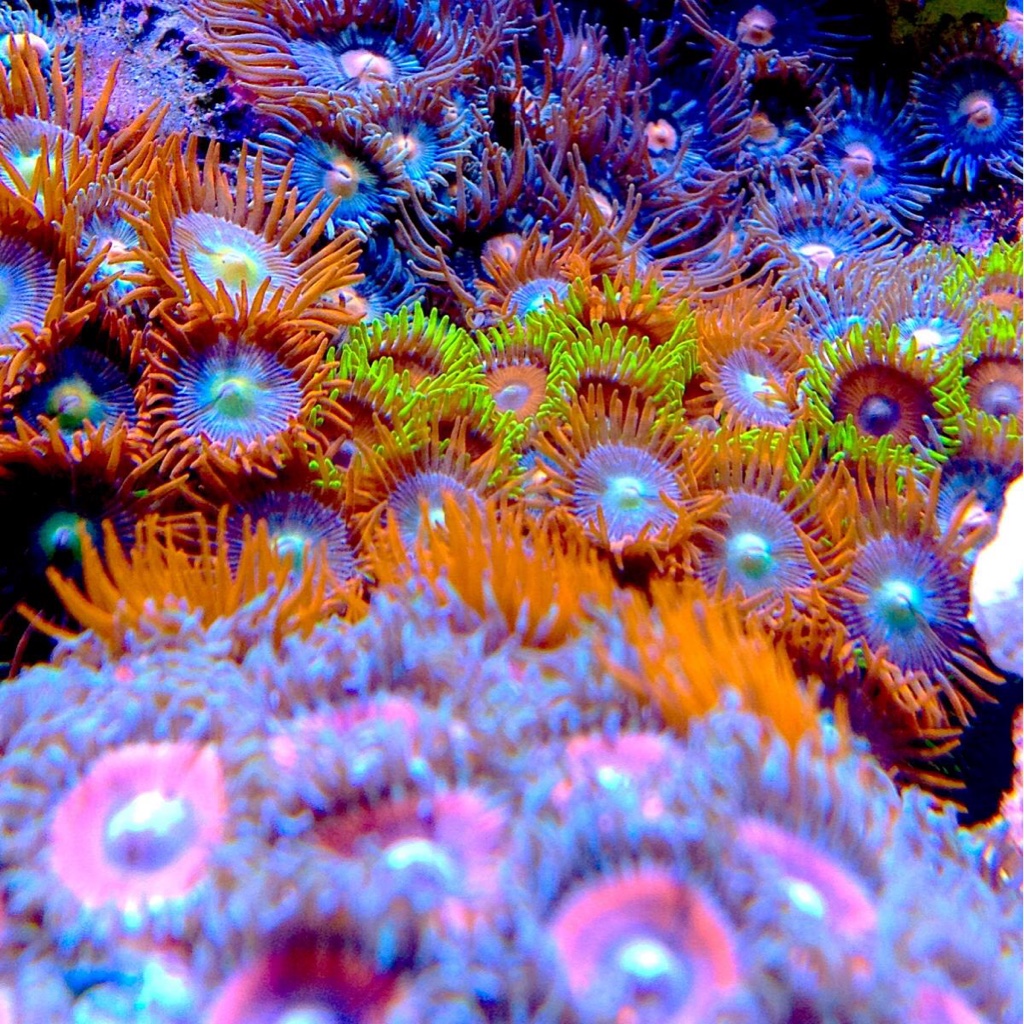 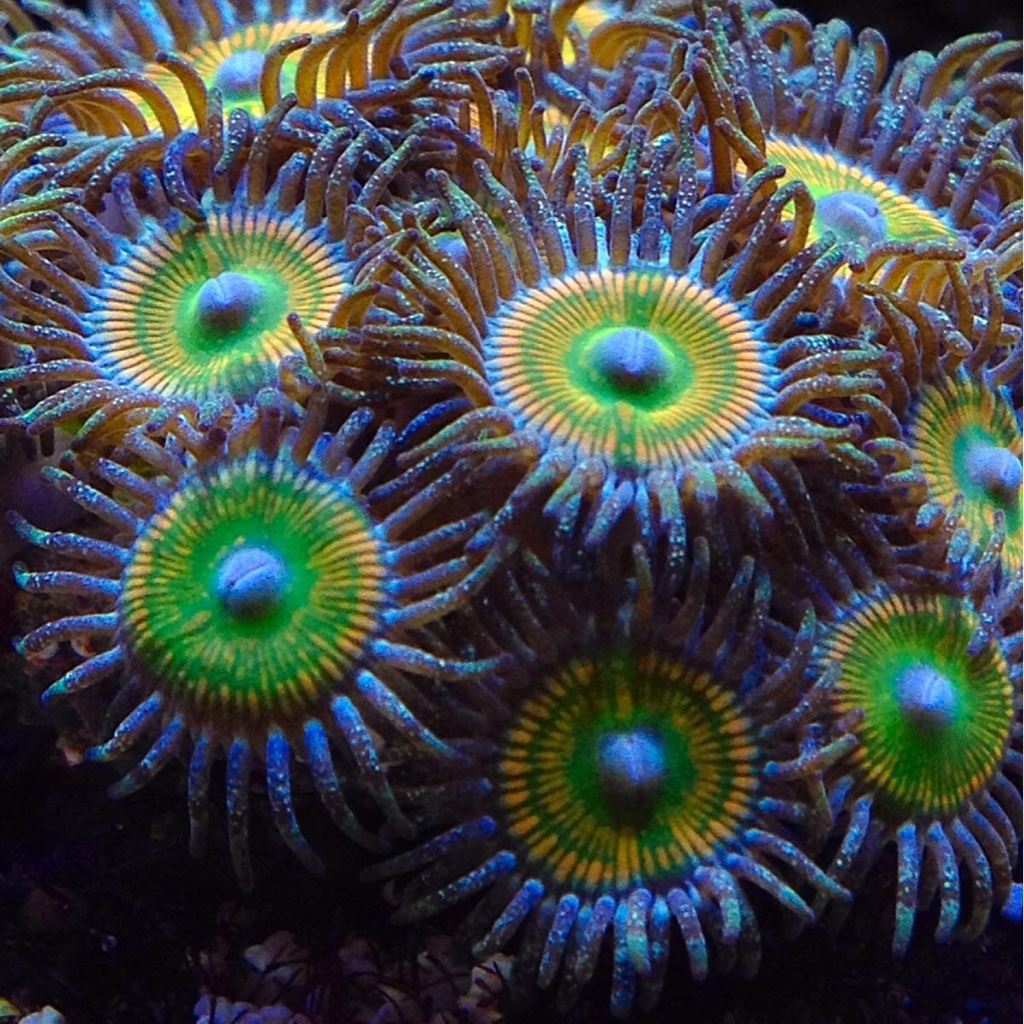 Sent from my iPhone using Tapatalk

your tank is beautiful! I feel your pain with the SPS. Such beautiful creatures, yet so hard to keep alive and well...
B

Thanks for the kind words. I think the biggest challenge with Acropora isn't meeting their basic water/food/light/flow requirements. That's as simple as buying the appropriate gear. I think the most challenging part is acquiring healthy specimens free of pests. Red bugs, black bugs, and AEFW run rampant among basically every avenue for collecting acropora, be it the hobbyist market, retail, or even maricultures/wild collects. Dips are moderately successful against live pests, but largely ineffective against eggs. Strict quarantine and multiple medicated dips are usually the best bet for pests, but then you deal with the stress of life in a quarantine tank that can often simply trigger tissue necrosis in and of itself. Oh well.

I recently sold off my metal halides. It was a tough pill to swallow, considering that I really was one of the locals around here leading the "metal halides are best" charge. I still do believe they are, but really you only see their true benefit when growing acropora, so I didn't really think I could justify their operating cost and maintenance any further. We will see how I like these LEDs. They look nice enough so far. If they last me 2-3 years I'll consider it money well spent.

I've always been too scared of the heat load of the halides. I currently am running two 600 Kessils over my 60 gallon, and those things are hella expensive. I too have given up on the acroporas If I could do it all over again, I would remove the sand from the bottom of my tank, and put a 3-inch or so layer in the sump. I just dont think my biological filtration was enough to sustain the number of fish I was trying to keep alongside the corals (which were far too many for an SPS reef). Too bad. My most favorite coral by far is Acropora 'Red Planet' ... sigh...
K

Absolutely beautiful! The colors are so vivid and i always just want to touch everything lol great job look forward to more photos
B 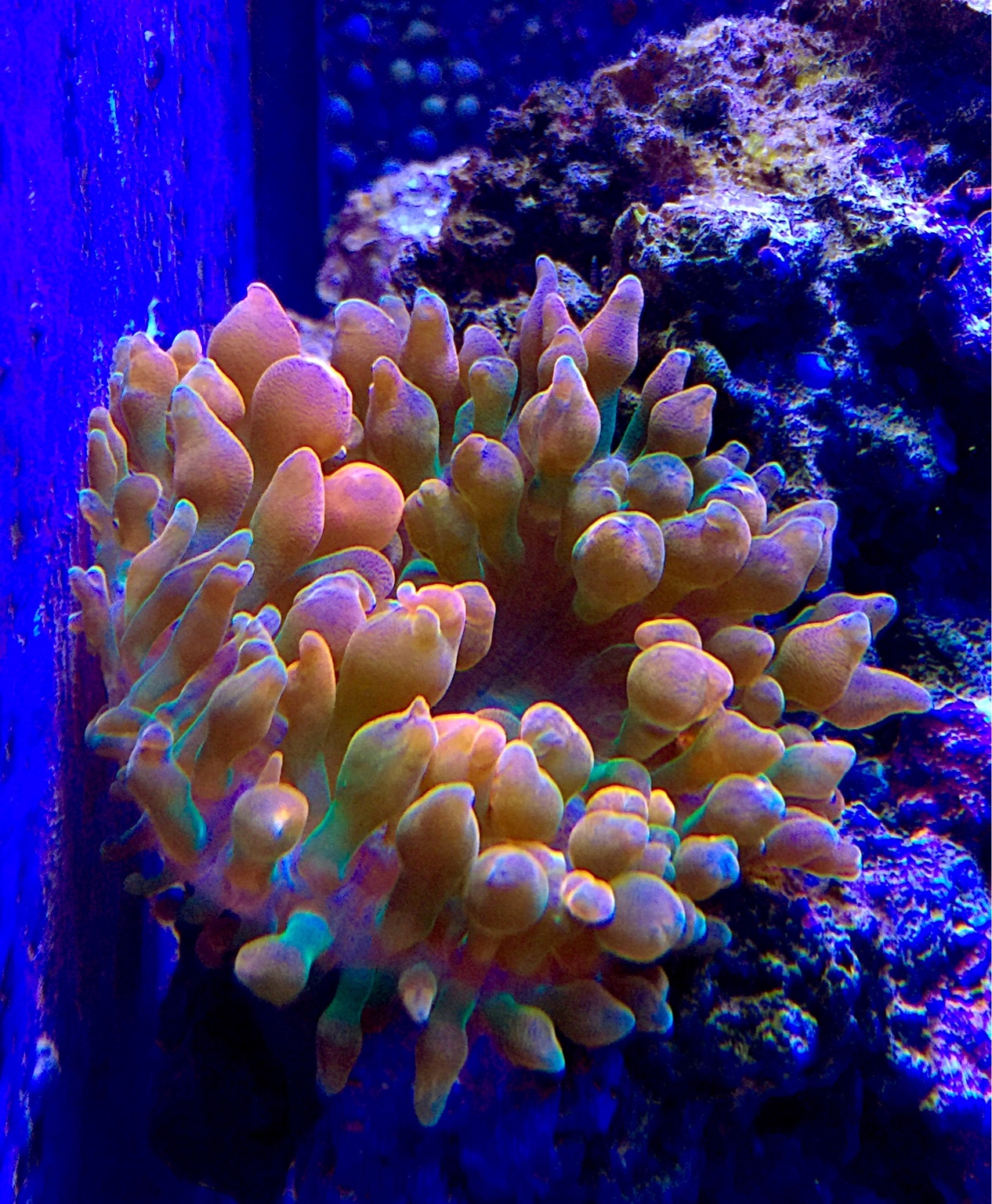 Being as frugal as I am, I don't acquire new livestock all that often. Did get this lovely bubble tip anemone in trade for some stuff in the tank I had gotten tired of. It hid behind the rock work for 2 weeks in the dark but just a couple days ago finally came out in the open and found a comfortable spot.

BPB, as always a beautiful tank! say, will I see you at the ARC frag swap October 17th? BTW this tank had inspired me to set up a 34 Gallon SPS-only reef. So far so good! running a single Kessil A360w on that... what was your lighting on this tank again?
B

Thanks again! Missed the frag swap this time around. I drew the assignment for a 16 hour shift today at the hospital. All overtime. Can't complain there. Shouldn't anyway.

34 gallon sps is gonna be awesome. Is it a cube? And I love those kessil lights. That'll be perfect for that tank. I'm running the cheap ocean revive s026 lights. Got them on sale at a price I couldn't refuse. Previously ran metal halides. Growth and color are comparable so far despite me having a lot of trouble deciding on a peak daytime color. I tend to favor a whiter more natural 10k color, but I fear with the LEDs, cutting the blues so much will stunt my growth.

Absolutely beautiful! The colors are so vivid and i always just want to touch everything lol great job look forward to more photos
You must log in or register to reply here.

A trip to Jeremiah's